"We urge you not to distinguish Idaho as the most reckless legislature in America," the lawmakers wrote to Idaho's House and Senate leaders. 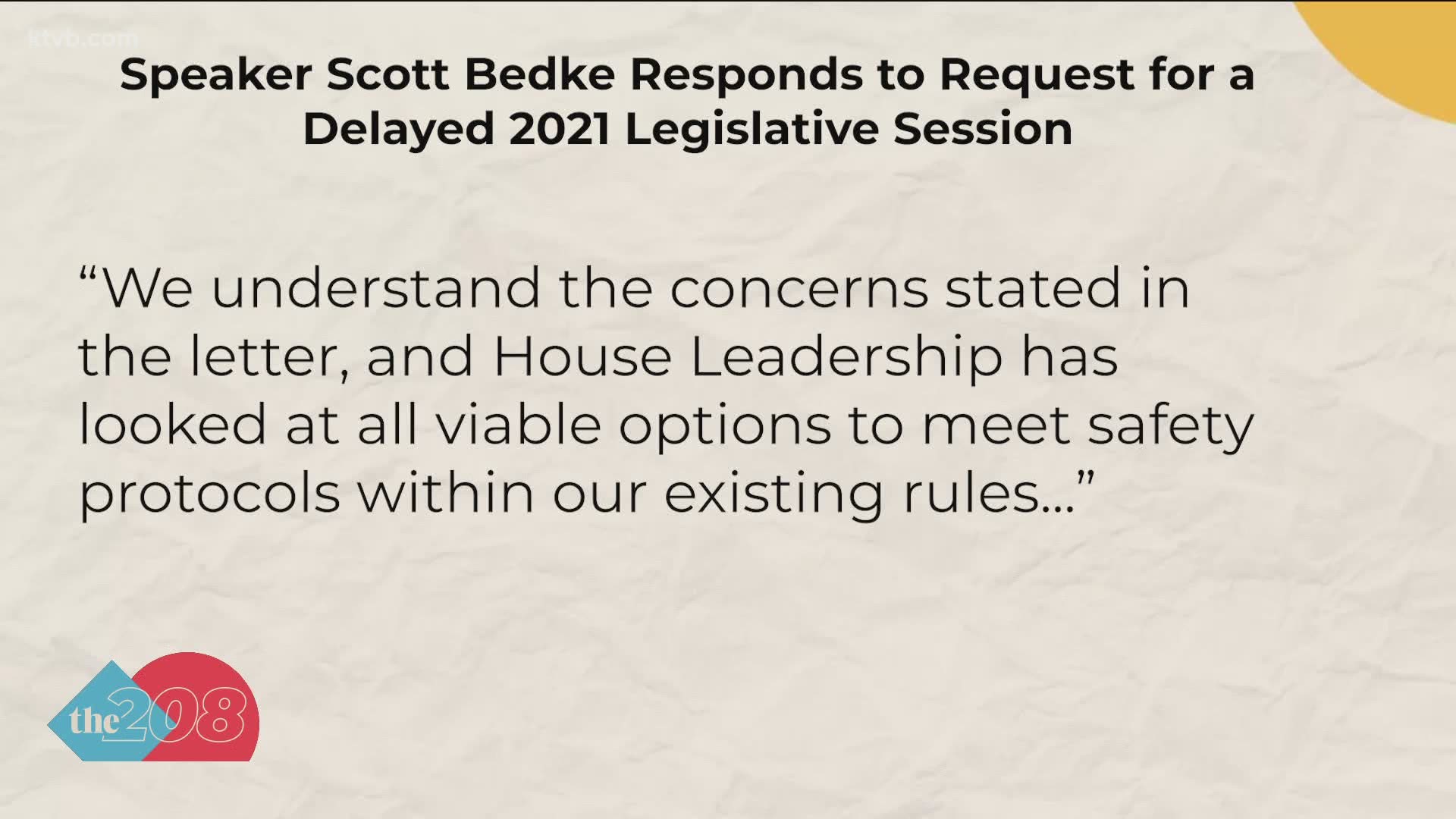 BOISE, Idaho — Democratic leaders in the Idaho Legislature are requesting that the upcoming legislative session - set to begin on Jan. 11, 2021 - be postponed until at least April due to the COVID-19 pandemic.

In a letter to GOP House and Senate leadership, Senate Minority Leader Michelle Stennett and House Minority Leader Ilana Rubel urged a postponement until at least April 5, 2021, "until those Idahoans who so desire have had an opportunity to be vaccinated."

The Democratic lawmakers noted the increasing number of coronavirus cases, deaths and hospitalizations in the state, saying that lawmakers "should be setting an example to reduce transmission, not exacerbate it."

They argued that bringing together more than a hundred lawmakers at the Statehouse amid the pandemic would not only set a bad example but could also make a bad situation even worse.

"Proceeding with session in a few weeks, indoors, in-person, and with no masking or distancing requirements flies in the face of all public health guidance, sets the worst possible example for our citizens, and would likely contribute substantially to community transmission at a time when our healthcare facilities can least afford to be further inundated," the letter read.

Rubel spoke with KTVB about the letter on Wednesday.

"It feels reckless in the extreme, I mean it feels like the legislature would be responsible for putting on probably the most dangerous event in the state," she said..

The letter from Democratic lawmakers noted that neighboring states have opted to either postpone their sessions, to hold virtual sessions, or to require masks and social distancing for in-person sessions.

"We are not aware of any other state that plans to move forward with legislative proceedings as if there is no pandemic," they said in the letter.

Rubel told KTVB that she believes Idaho should follow suit.

"It's the responsible thing to do," she said. "Where our numbers are right now I frankly find it amazing that the current plan is to just come in all systems go like nothing is going on. Pack hundreds of people into closed rooms, no mask, requirement, no nothing, and just pretend there is no pandemic happening."

Vaccines are being shipped throughout Idaho starting this week, but because vulnerable populations and frontline workers are being prioritized, the general population at-large will not be vaccinated for several months.

"Why subject legislators, their families, staff, journalists and the public to a highly dangerous environment when we can do all the necessary work a few months later at a vastly reduced risk once vaccines have been made widely available?" Stennett and Rubel asked in the letter. "The state's business can be conducted more thoroughly and thoughtfully later, at a time when we are not racing to shorten proceedings due to unprecedented health threats."

Noting that postponing the session would allow Idahoans a more meaningful voice in the legislature, the lawmakers said, "many citizens want to attend hearings and testify in person, and could do so safely in a few months. Let's give them that opportunity, and not force the people of Idaho to choose between their health and their civic voice."

On Wednesday, House Speaker Scott Bedke responded to the letter with a statement citing legislative rules that require the passage of a joint resolution with a two-thirds majority vote to change the start date of a legislative session.

"We received a letter from the Idaho House and Senate Minority Leadership requesting postponement of the 2021 Legislative Session. Despite their request, we are bound to legislative rules, per the Idaho Constitution, that requires the passage of a Joint Resolution with a two-thirds majority vote to change the start date and terms of an Idaho legislative session. We understand the concerns stated in the letter, and House Leadership has looked at all viable options to meet safety protocols within our existing rules. We are continuously working on a viable solution that will provide the maximum level of workplace comfort for all Members of the Idaho Legislature. We are duty bound to follow the Idaho Constitution and the rules of the Idaho House of Representatives and will continue to work within those parameters to find the best possible solution."

Rubel said she understands that the Constitution lays out when the Legislature needs to convene to start the session but she believes there is a way to satisfy the Constitution and their request.

"Just because we have to be there January 11 doesn't mean that we have to then be there all day every day for months on end with hundreds of people packed into rooms," she said. "We could show up January 11 and pass a simple concurrent resolution saying let's adjourn a couple of months until public safety enables us to convene again."

There are also concerns from non-lawmakers about the 2021 session. The Idaho Council on Developmental Disabilities wrote a letter co-signed by 30 different groups to Statehouse leadership about their concerns with the COVID protocols at the Capitol Building. Those groups include vulnerable Idahoans who worry about risking their health and safety while trying to participate in the legislative process.

Republican leadership has previously said they are encouraging members of both houses to mask up, social distance, and exhibit good COVID-19 practices. Those however are not mandatory, causing concern amongst groups that want to have their voices heard at the Statehouse but fear getting sick.

KTVB reached out to Governor Little for his take on the request to push the session back. His office responded with the following statement:

"The Idaho Legislature creates the rules for how to carry out the legislative session, not the Governor. Governor Little encourages legislative leadership to look at all options to ensure the safety of their members and the public as COVID-19 transmission remains high throughout the state."

Rubel said she understands the request may not happen, but that her party believes it is important to at least try and avoid holding a potential super spreader event 5 days a week for three months.

"People from all over the state coming in, packing into rooms, most people not wearing masks," she said. "Then going back out to their parts of the state. I mean, it's almost a case study in what not to do during a pandemic." 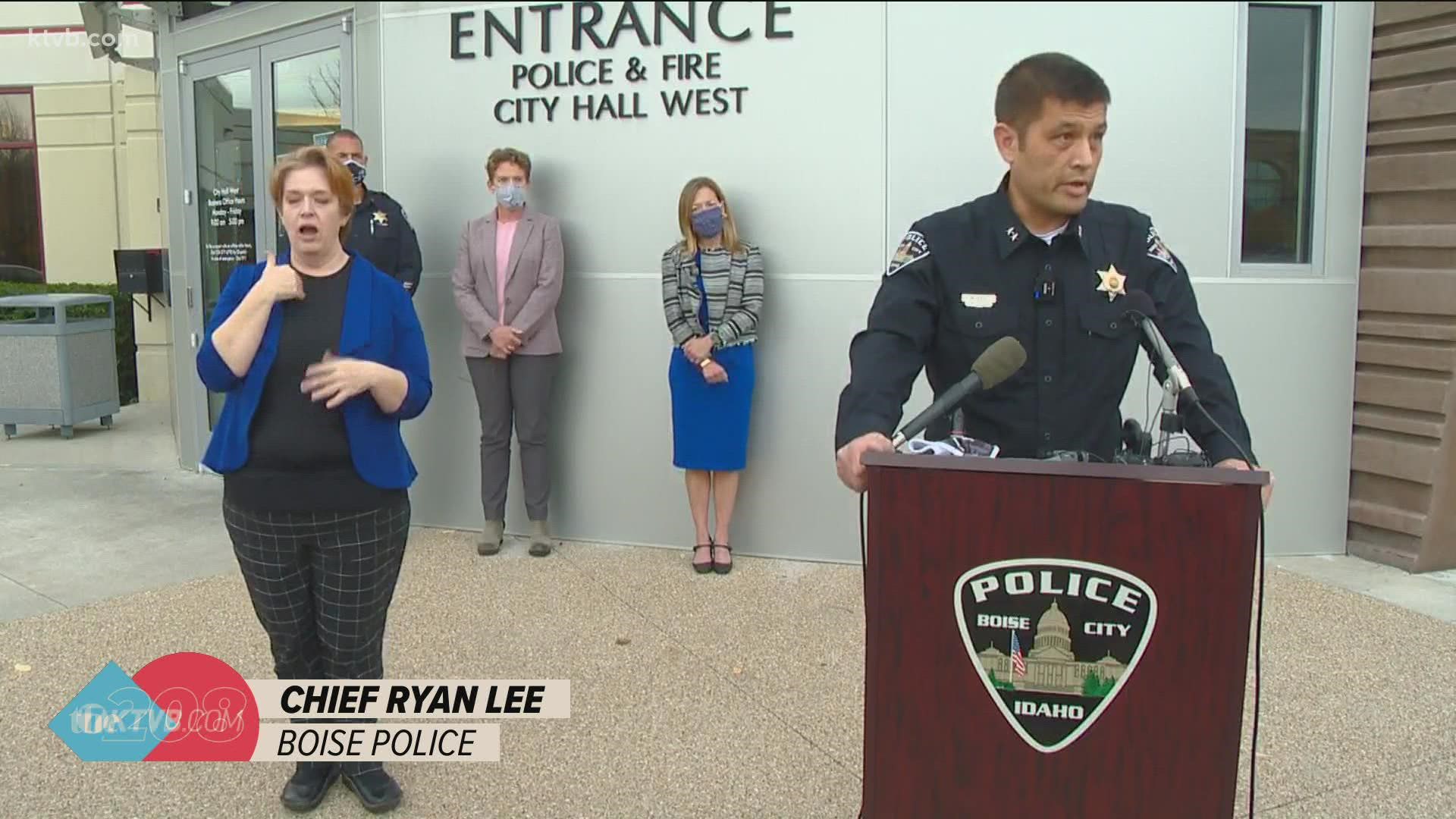