After failing earlier in the session, lawmakers say they want to dispel misinformation about $6 million that would go toward Idaho early childhood education. 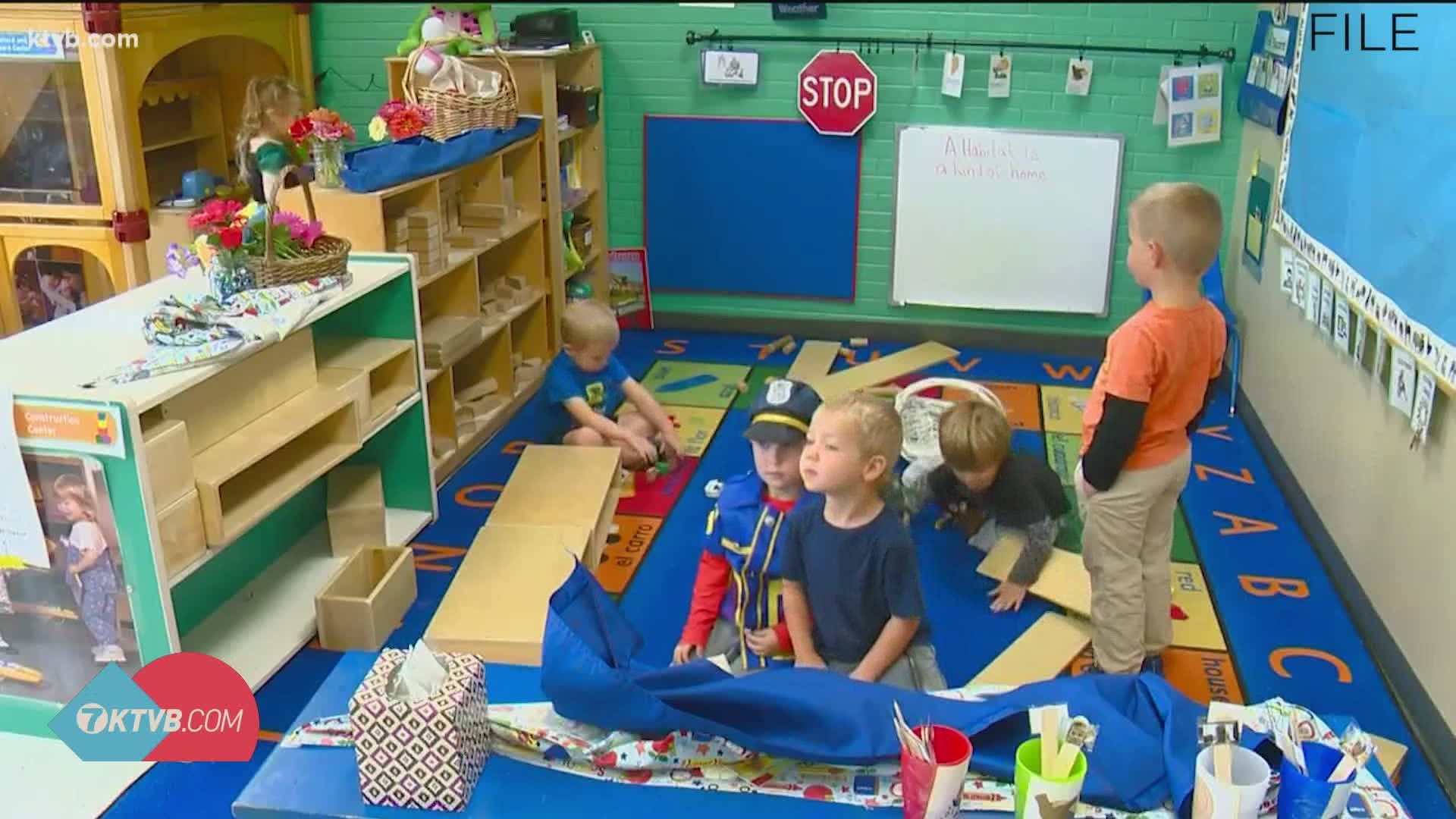 BOISE, Idaho — After a failed effort in March, state lawmakers say they are set to try to pass a federal early childhood education grant through the Idaho Legislature.

“We as a Legislature really must invest in the future of Idaho because that return on the investment and the rewards that will pay dividends for decades and centuries to come,” said Rep. Laurie Lickley, R-Jerome.

Lickley is co-sponsoring an effort to have lawmakers approve a $6 million federal grant to support early childhood education in Idaho. The Trump administration awarded the grant to Idaho, the Idaho Association for the Education of Young Children (IAEYC) and the Idaho State Board of Education were set to oversee and invest that money into early childhood education efforts across Idaho.

The grant was up for a vote as a budget appropriation in early March, but some Republican lawmakers pushed against it because of the state’s partnership with the Idaho AEYC, a group some Republicans say is working with community partners to push an agenda with the grant.

During a vote in March, Rep. Pricilla Giddings commented, “You are voting for social justice ideology to be given through grant money to our little ones.”

Her college Rep. Tammy Nichols added, “The goal in the long run is to be able to take our children from birth and to be able to start indoctrinating them and teaching them to be activists.”

Supporters of the grant say that is simply not what it is about, and the collection of buzzwords being pushed by lobbyists and lawmakers against it aren’t part of this.

“Social justice theory, critical race theory, and gender identity. What I noticed was not a single individual that works on this grant made any mention of those terms but what I did hear was preparing to be effective readers, kindergarten preparedness, working with families, working with community and I think that is the real focus of the grant,” said. Rep. Paul Amador, R-Coeur d'Alene.

Amador says the grant money is specifically allocated for community programs like early learnings campaigns, reading development, and early childhood education outreach programs. All programs and initiatives are laid out in the grant proposal by Idaho AEYC. Amador says this is about bolstering Idaho education, not pushing any political agendas.

“That’s not at all the focus of this grant, this grant is to help children get ready for kindergarten, to help families, to help communities, it’s to help businesses in Idaho and I don’t think there is an agenda here whatsoever that is connecting to those things that are being said about this grant,” Amador said.

Some lawmakers also expressed concern about oversight of the funds to make sure money is going where it is meant to under the proposal. Amador says they thought that was important to address, so they added new language to legislation to approve the $6 million set to be presented when the Legislature resumes.

“Sideboards we put in there were to provide a little bit more comfort if you will to some of the legislators that were concerned with those issues," Amador said. "We're going to have some reporting here to ensure the State Board of Education is supervising this grant and ensuring the dollars are spent how they were intended to be spent and then also to ensure that no curriculum would be dictated down to those individual collaboratives.”

Amador and Lickley say they believe the grant provides an important opportunity for Idaho education, and they are working with lawmakers to present why that’s the case.

“Certainly, we are doing our due diligence and trying to make sure individuals and legislators are comfortable with what’s included in the upcoming bill,” Amador said.

Lickley sees it as in investment into the future.

“I think it’s going to reap significant benefits not only to get those kiddos ready to read by the third grade, but they are going to be ready to go to kindergarten with those basic fundamental skills,” Lickley said.

Lawmakers are expected to see a new version of the legislation presented shortly after the session resumes on April 6.