Idaho lawmakers will return Wednesday to finish up work on the remaining bills and consider recessing until later this year to consider federal money decisions. 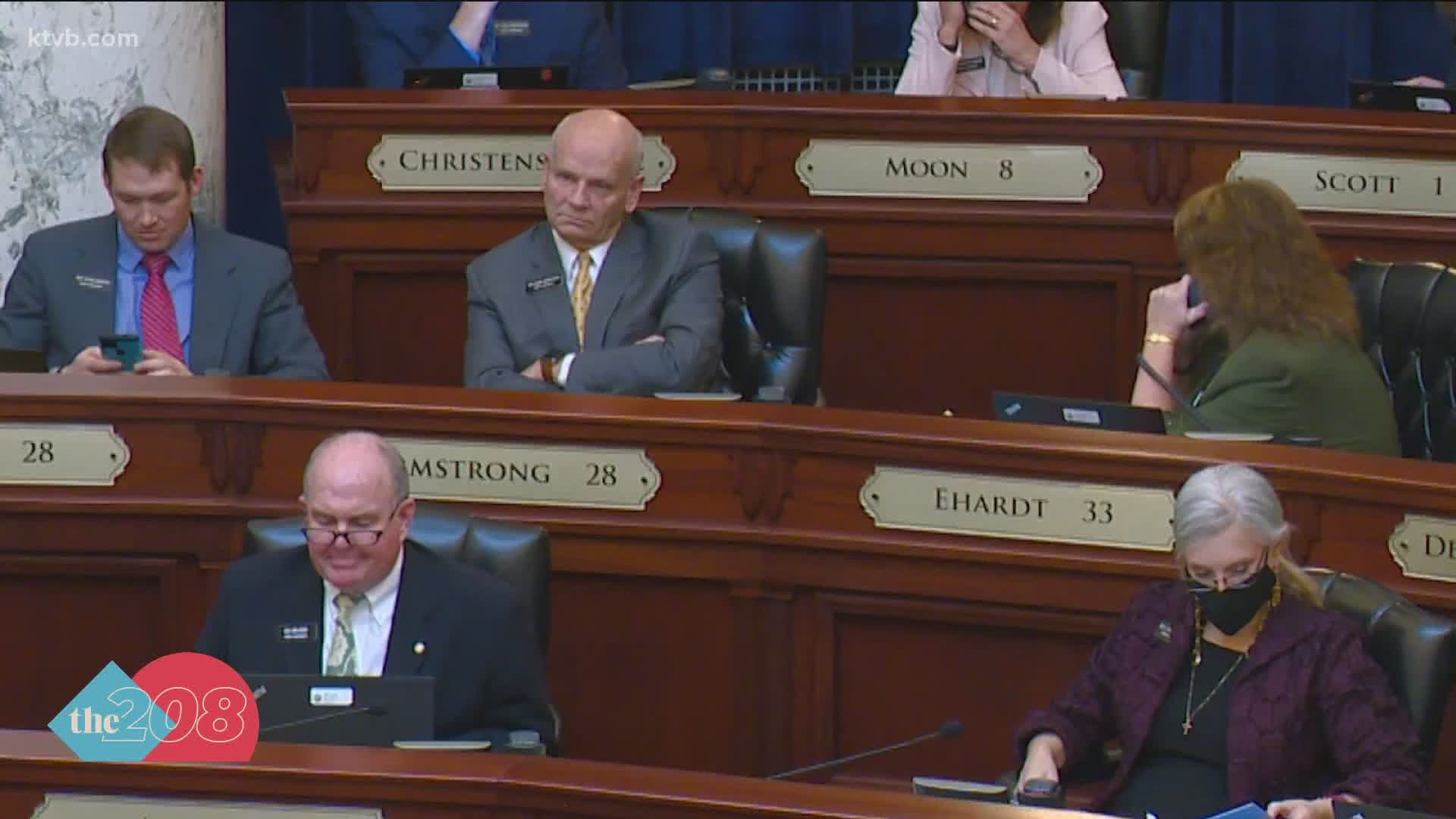 BOISE, Idaho — Idaho lawmakers will be back in action at the statehouse on Wednesday after a brief recess to give Governor Brad Little time to sign or veto recently passed legislation. But with more federal funding coming on the horizon and the legislature nearing its longest session ever, what's next?

“We have a couple of things we need to push through to wind everything up. Of course, we were pleased that the governor signed the bills on the governor’s powers, so there were four of those, and he signed them so that’s one thing that puts us closer to getting out of here full time,” said House Majority Caucus Chair Megan Blanksma.

Rep. Blanksma (R-Hammett) said lawmakers are not dragging their feet and want to finish up businesses on a few outstanding items.

But wrapping up session, sine die as lawmakers say, may not mean formally ending it for now. New developments with federal aid money have presented new circumstances for lawmakers to consider.

“Well, I think initially there was quite a bit of conversation on sine die knowing that the governor signed those governor’s powers bills but since yesterday afternoon, the federal government gave us new guidelines on how to spend ARPA money and how to deal with the small cities,” Blanksma said. "I think that has created some consternation among members about whether it is appropriate to sine die where you don’t have any input on what happens until January."

A likely scenario would see lawmakers take an unpaid recess and return later this year. However, not all lawmakers agree it’s a great idea though.

“I would be okay with it if I felt there were anything productive about it. It’s very frustrating to have that kind of extension when I feel like the good, productive stuff got buried,” said House Minority Leader Ilana Rubel.

Rep. Rubel (D-Boise) said having an extended recess that allows lawmakers to call themselves back whenever they want, for whatever reason, clearly circumvents the governor. In Idaho, only the governor can call a special legislative session after lawmakers adjourn for the year. Rubel also pointed to the ballot item for 2022 that will ask Idaho voters if they support a provision that would allow lawmakers to call themselves back into session.

READ ALSO: Idaho lawmakers move through a whirlwind of work after 115 days in session

Blanksma said the idea for an extended recess is simply about letting lawmakers do their constitutional job with pending federal aid.

“It’s an abundance of caution, what we are doing, because it’s a constantly moving target, this is the best way to make sure that we can be available to make some of those decisions,” Blanksma said. "I think we always have to go back to our constitutional responsibilities. The legislature has two primary responsibilities: to review the rules that are set by the executive branch for agencies and two is to set the budget for the state."

Some lawmakers have been vocal about how Republican Governor Brad Little handled millions of dollars in federal aid last year, arguing that he should have called the legislature back to handle decisions.

An extended recess now would allow lawmakers to come back if and when they believe it is necessary. Critics of that idea say they believe Gov. Little handled things just fine without the help of lawmakers.

“Personally, I think he did a pretty good job,” Democratic Rep. Rubel said. "It went to places that needed it, it went to food banks at the height of the pandemic. It went to renter’s relief, it went to unemployment insurance, it went to business relief. I don’t know if that process would have gone nearly as smoothly if there were 105 people there screaming about it."

Supporters of the idea say they understand the session has gone on longer than most expected, but lawmakers still have a job to finish.