Following the events that transpired over the summer, two Idaho lawmakers seek to make it illegal for protestors to gather outside the home of any Idaho resident 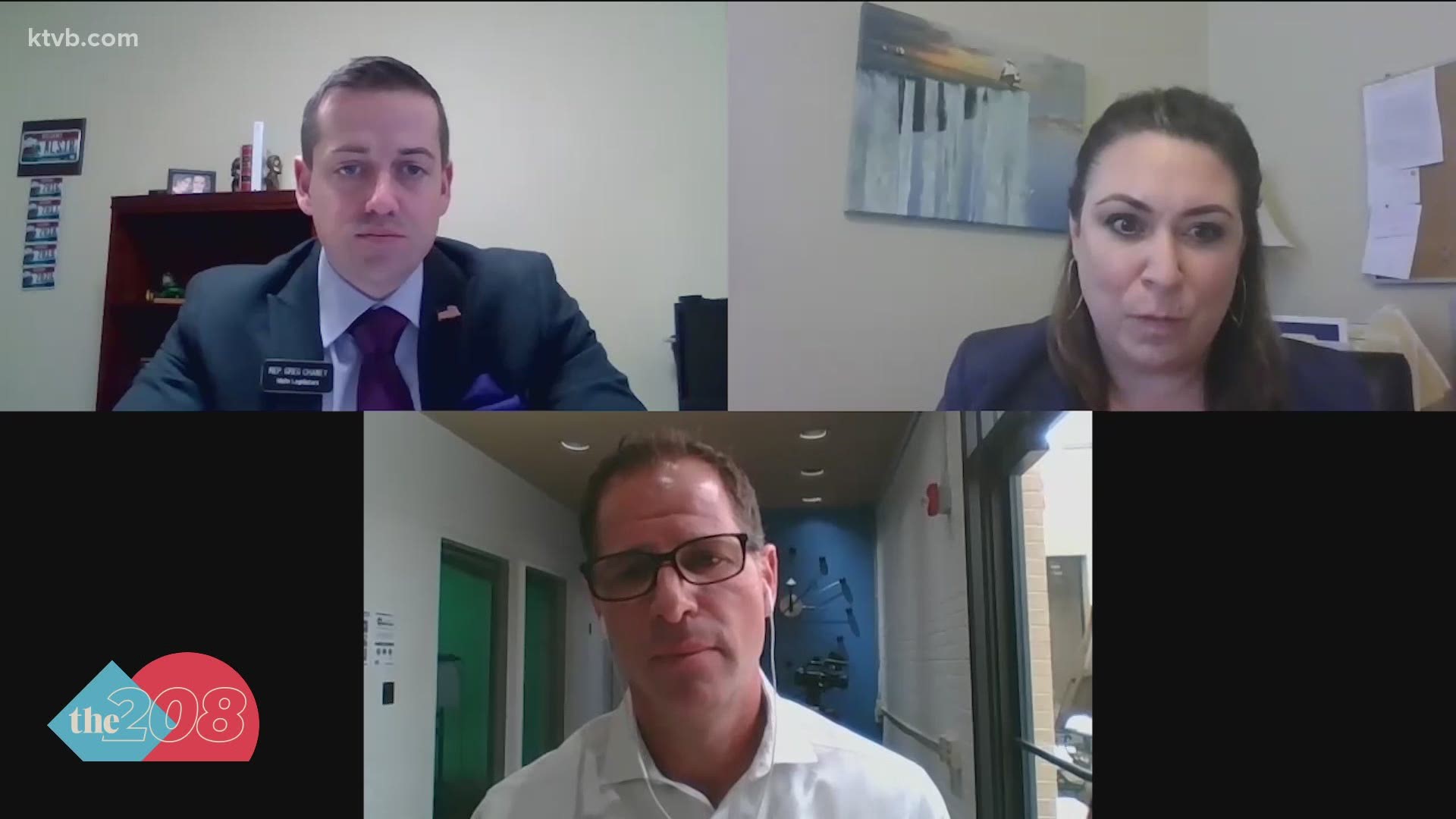 BOISE, Idaho — Over the last several months, protestors have gathered onto the sidewalks in front of public official's homes across the Treasure Valley. While these protests weren't violent, they weren't quiet.

For two state lawmakers, the protests were too much.

Reps. Brooke Green (D-Boise) and Greg Chaney (R-Caldwell) introduced a co-sponsored, bi-partisan bill they hope will put an end to events like the ones last summer.

Under this proposed legislation, people showing up at the private homes of public officials and residents alike would be a misdemeanor.

Chaney was vocal with his disgust toward the protests that took place over the summer, which is why Green thought he would be the best legislator to co-sponsor this bill.

"We have seen, across the board, it didn't matter who your allegiance was to, we've seen both branches actually hold captive our public servants in their homes," Green said. "Either from the Meridian police officer to our commissioners, to our health department districts to city council presidents and council members."

Watching this unfold and recognizing that lawmakers and citizens have an obligation to ensure public servants are protected is something that needs to be addressed, according to Green.

In addition to offering more protection to public officials, this bill will make it easier to give citations to those who show up to private homes to protest.

"We want to ensure that people will still continue to be able to express their First Amendment rights. I certainly would not bring something forward if I felt that this was infringing on it," Green said. "However, the line needs to be drawn in the sand. Our homes are the last place we can retreat to and we are pretty darn confident that what we have put forward in language, the intent of this legislation will stand that ground and we're certainly looking forward to that conversation."

This proposed legislation has already received push back on social media, according to Chaney. Some feel this bill is an infringement of the First Amendment.

"Like Rep. Green said, we don't want to limit the right to protest, but we do feel very strongly that when you take it to this level, what you are really communicating is intimidation," he said. "When you are a very small fringe group and you're using intimidation to get your way, what you're really effectively doing is drowning out the voices of everyday men and women in Idaho who don't share their extremeism and it's not majority rule."

This type of legislation is not a new concept; similar laws in other states have been tested all the way up to the Supreme Court. Utah passed a similar law in Salt Lake City and state lawmakers are attempting to implement the law statewide.

The bill from Green and Chaney is expected to be introduced during the Judiciary and Administrative Rules committee meeting on Wednesday.