Idaho lawmaker calls on representatives to "wake up" in fiery speech 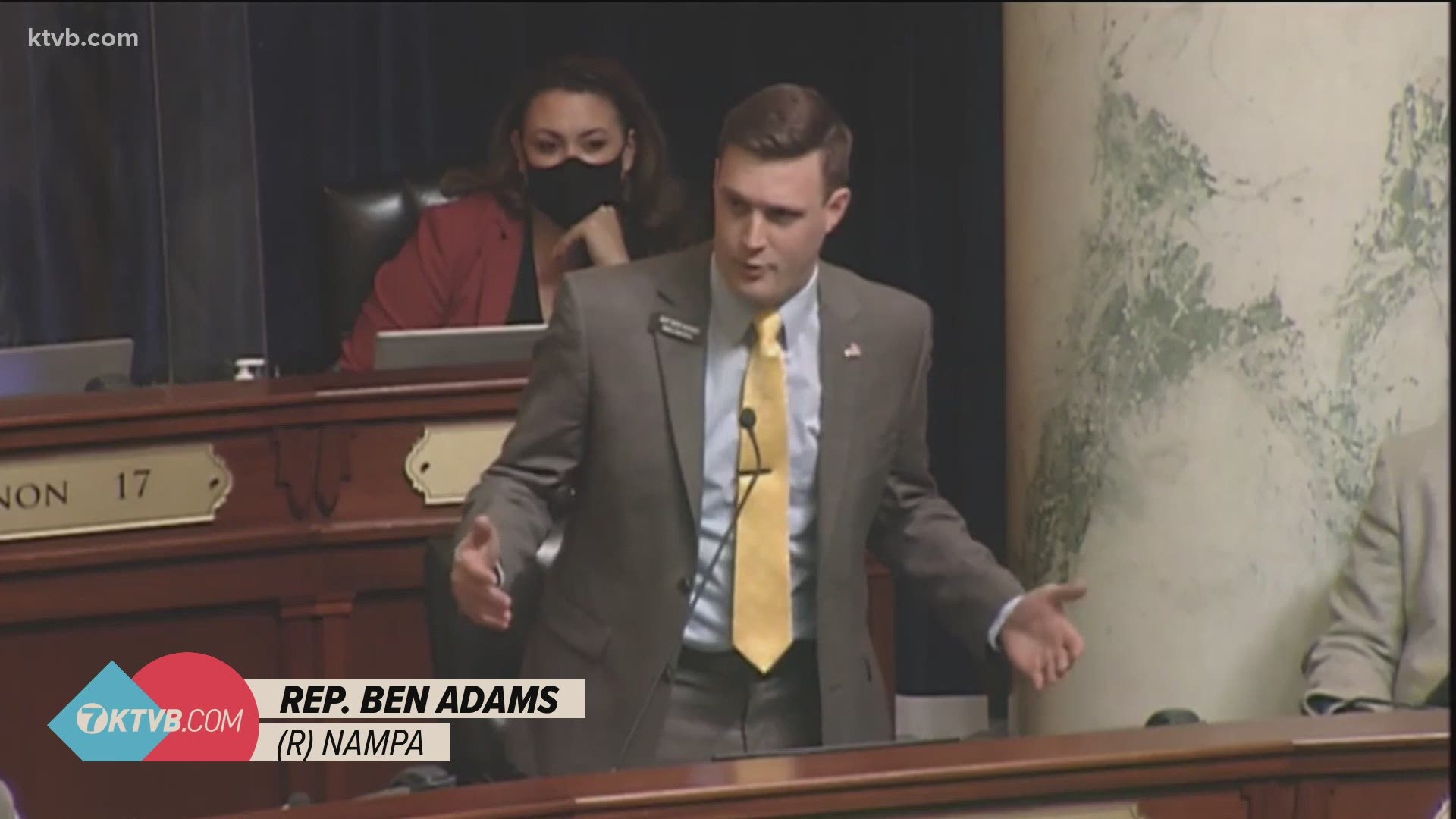 BOISE, Idaho — As the Idaho legislature reconvened following a two-week recess, a representative from Nampa gave a three-and-a-half-minute speech that included Patrick Henry quotes and intense calls for liberty.

Both the Idaho House and Senate gathered in their respective chambers around noon on Tuesday. Shortly after the House began and right before they broke for lunch, freshman Rep. Ben Adams (R-Nampa) asked the speaker for three and a half minutes and proceeded to give his constituents a fiery speech.

"Ladies and gentlemen, welcome back. if you're not already, wake up. Do we need to be reminded of the words of Patrick Henry? That liberty ought to be the direct end of our government? Liberty, sir, was the primary object.

"Vaccine passports, breaching our dams, indoctrinating our youth are all on the agenda. Now in 2021, after a year that attempted to squelch out the remaining embers of liberty in this country, the winds of tyranny have blown on the remnants and ignited a flame that will not be put out.

"I stand here before you today to speak to you and every elected official in this building on behalf of free men and free women from the great state of Idaho."

Adams said he made this speech because he feels we live in a federalist system and this was his way of standing up and demanding change. He added that he meant every word he said.

"I hope that wakes a lot of people up," Adams said. "Depending on where you fall on the political spectrum, you may appreciate it more or less, but ultimately it does need to wake people up and so I'm glad that it's getting some traction."

The reaction of his constituents has been overall positive, but not all lawmakers are used to hearing someone speak the way he did, according to Adams.

"I'm a Marine and that doesn't go away when you get out of the Marine Corps," he explained. "My temperament is going to be a little more aggressive. It's just who I am and sometimes it takes a little while for people to absorb that and that's okay."