Some lawmakers have expressed concerns about social justice content in schools. Others believe the concern is based on misinformation. 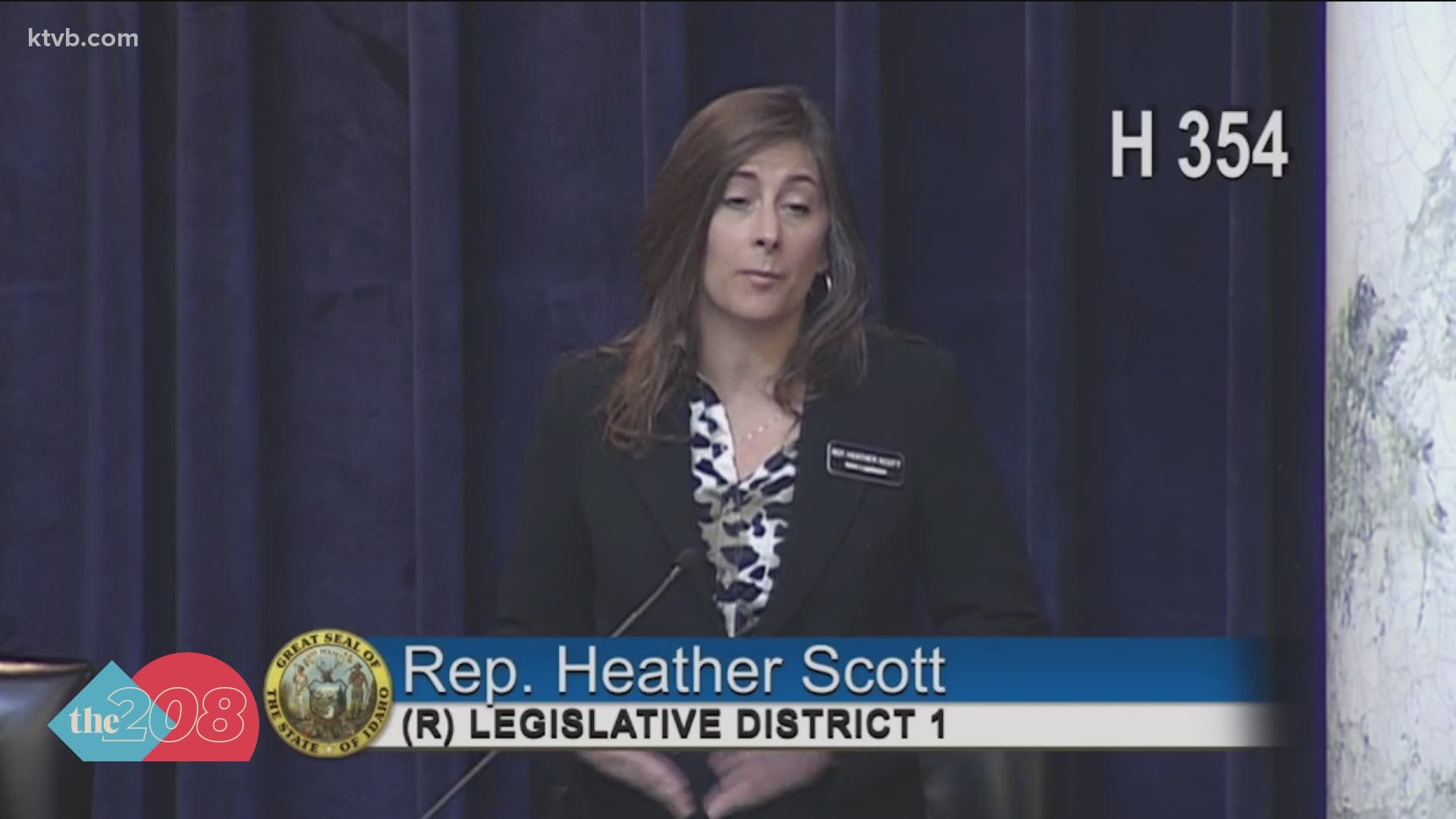 BOISE, Idaho — The budget for Idaho's K-12 teachers was voted down Tuesday in the Idaho House after concerns were raised during a debate about taxpayer dollars going towards social justice content in curriculum and teacher training.

Some lawmakers argued that intent language needed to be added to the budget bill to make it clear what the mission in classrooms is.

Assistant Majority Leader Republican Representative Jason Monks explained the idea behind legislative intent language in relation to the K-12 education budget to The 208 on Tuesday.

"There was some language issues that we wanted to address in there and they weren't in there," Monks said. "Sometimes it puts in restrictions on how you can and can't spend the money. So, if we allocate or appropriate money to a certain department and we don't want them to spend it on a certain program you can do that through legislative intent."

Some Republican lawmakers argued that language should be included in the budget bill to prevent social justice curriculum from being forced on students and teachers.

"Intent language in here would be one extra step we could do as legislators to help protect them from teaching stuff that is ideology and that is undermining our very foundations of this country and it is happening. Schools are not like they used to be,” said Republican Representative Heather Scott during debate.

Democrats say the concerns about forced social justice curriculum and lesson plans across the state are simply unfounded.

"They are seeing ghosts, this is not something that is happening in our public schools and to hold public school teacher salaries hostage for an imagined threat we felt was very inappropriate,” said House Minority Leader Democrat Ilana Rubel.

Rubel, other House Democrats and 22 Republicans voted in favor of passing the budget. It still failed on a 34-34 tie.

Democrats have expressed frustration over claims that social justice ideology is being forced on K-12 students. The reality, they say, it isn't.

"Somehow this turned into this fantastical story about how there was going to be Marxist indoctrination of our youth that is so widely unfounded, but I guess through enough repetition on the floor it got enough people worked up that they rejected the money,” Rubel said.

Rep. Monks said debate that leads to a failed bill often times brings up new and valuable points from lawmakers. He added that there were clearly concerns some lawmakers were dialed in on.

"We have seen this cancer culture phenomenon run through our country and there is concerns out there and we want to make sure those concerns are addressed in all of education so it's not something that continues to run unchecked,” Monks said.

"In an ideal perfect world we would completely separate those issues. With that said, it's not ideal and it's not perfect and sometimes you have to have intent within those languages. But there is a line as far as are we crossing into policy or is this just direction on how to spend the money,” he said.

"We have a lot of local control over this, we have school boards setting curriculum, we have parental involvement. There just is, I think, no real reason for the state to come in like a ton of bricks with really strict rules on exactly what can and can't be taught in the classroom. Or at least, let's wait and see if we have an actual problem before we go down that path,” Rubel said.

A new budget bill is expected for the consideration of the Idaho House in the coming days. Lawmakers are obligated to pass a budget before finishing the session.