The goats decided to step off the mountain and stop in the middle of Highway 21 between Grandjean and Stanley. 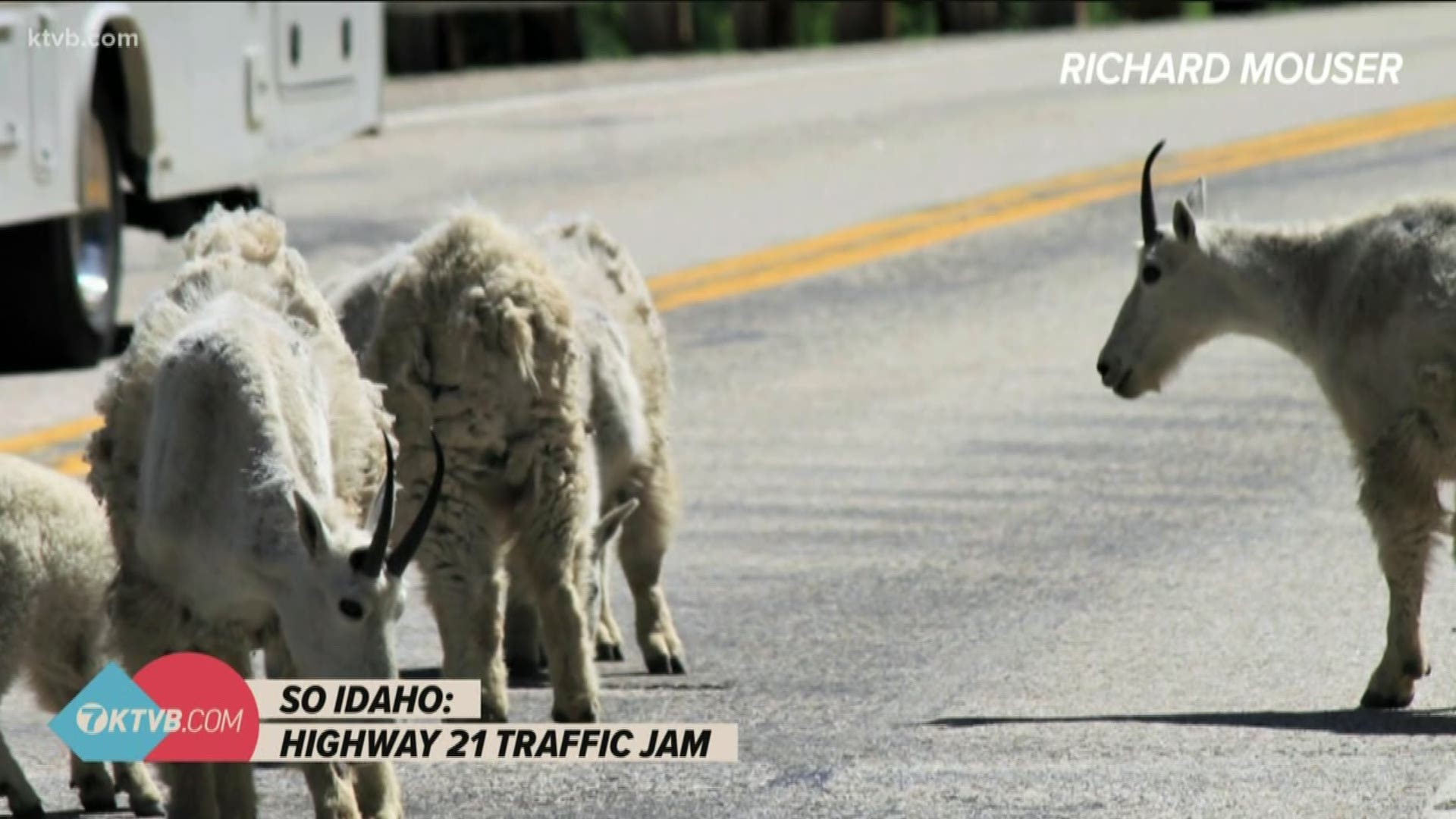 BOISE COUNTY, Idaho — Holiday weekends aside, traffic jams in Idaho's mountains are rare but they do happen, and usually naturally.

Avalanches, landslides, fires -- they've all been known to shut down roads. And so, too, have animals, something that is so Idaho.

It happened Tuesday about four in the afternoon when these greatest of all time mountain beasts decided to step off the mountain and stop in the middle of Highway 21.

Ricky Mouser sent us these pictures taken on the highway between Grandjean and Stanley.

Ricky tells us the cars started stacking up about five to seven in each direction. And the goats wouldn't leave!

People started getting out of their cars to take pictures.

Watch out for wildlife: Mountain goats spotted on Highway 21

1 / 6
Ricky Mouser
A small herd of mountain goat made their way across Highway 21 Tuesday afternoon, causing a bit of traffic jam in the process.

Finally, a woman reminded everyone they were on a curvy mountain road and someone could come around a corner and put an end to all the rocky mountain goat gaiety.

Ricky says once that woman started to get closer to them, they scurried up the jagged cliff and traffic on Highway 21 resumed as normal.

You never know what you're going to see going around the bend in Idaho's mountains.

RELATED: Visitor hurt when bison knocks her to ground at Yellowstone