More than 5,000 Idahoans reach out to Gov. Little regarding voter initiative bill 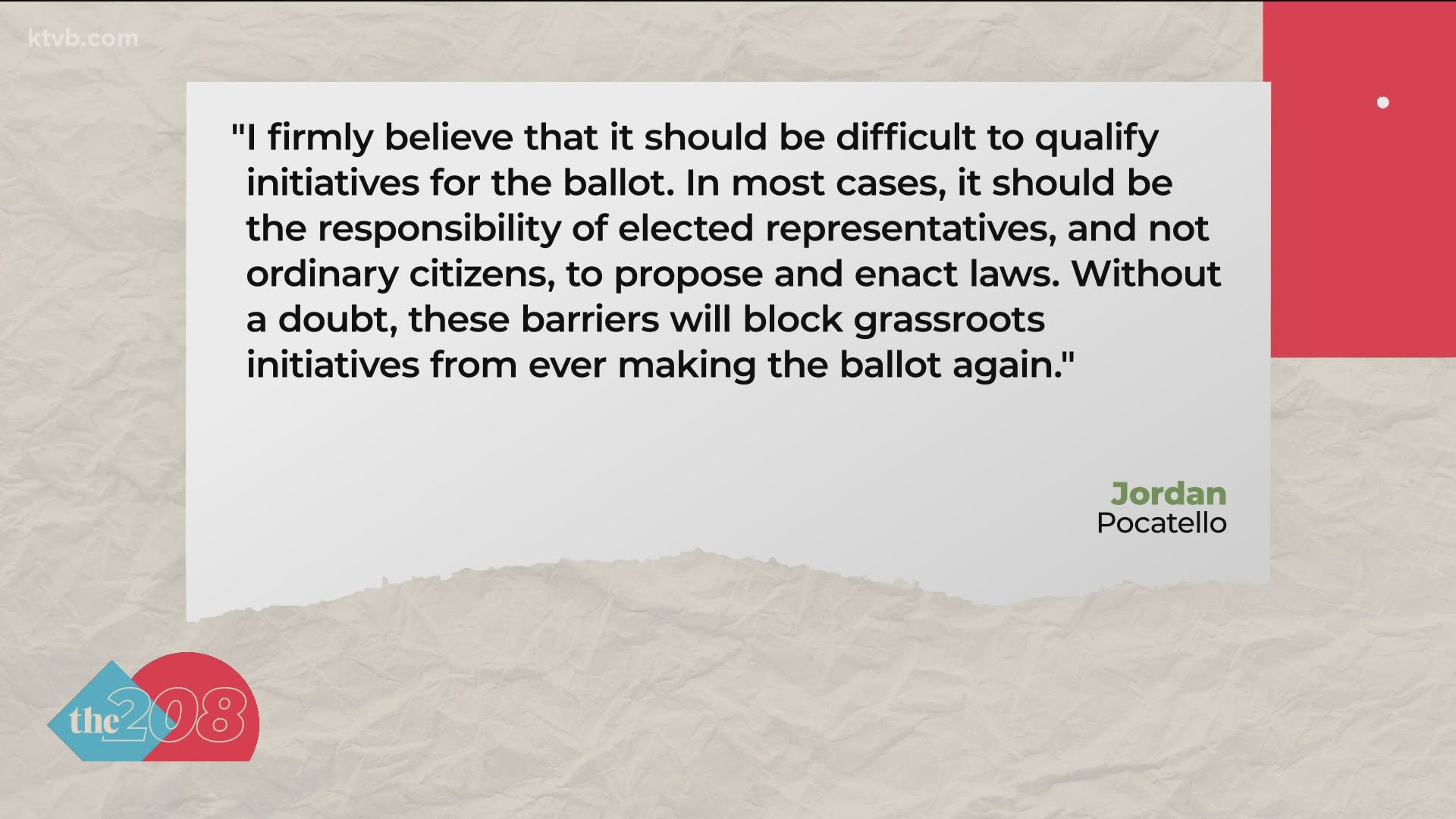 BOISE, Idaho — Note: KTVB submitted a records request to the Office of the Governor on April 16, 2021, and received the following emails and data on Thursday, April 22.

Before signing Senate Bill 1110 into law, Idaho Gov. Brad Little received more than 5,000 phone calls and emails from residents asking him to veto the bill.

Little held a press conference last Friday to announce his plans to veto two legislative bills. The vetoed legislation would have limited the powers afforded to the governor during an emergency declaration and would, in turn, give that power to the legislature.

"Idaho has an important interest in ensuring that our ballots are not cluttered with initiatives that have not demonstrated sufficient grassroots support," Little wrote in a statement to Idaho Lt. Gov. Janice McGeachin. "Under current law, an initiative can qualify for the ballot after collecting voter signatures in only a few of Idaho's more populated, urban areas."

Since 2013, 15 voter initiatives have attempted to get on the Idaho ballot. Only two have qualified to appear on the ballot and only one, Medicaid expansion in 2018,  became law.

"Article III, Section 1 of the Idaho Constitution guarantees to the people an initiative and referendum process," Little continued in a statement. "However, I cannot overlook that the same constitutional provision limits those rights to 'such conditions and in such manner as may be provided by acts of the legislature.' I appreciate that signing this bill will be controversial. Very few issues elicit such strong feelings from both sides of the debate."

After Little signed S.B. 1110 into law, Reclaim Idaho, the group responsible for getting the Medicaid expansion initiative on the ballot in 2018, started planning on challenging the new law in court.

Between Feb. 12, the day S.B. 1110 was introduced, to April 16, the Office of the Governor received about 4,000 phone calls and 1.018 emails regarding the fate of the bill, according to Marissa Morrison-Hyer with the governor's office. Of the more than 5,000 inquiries, only about 100 encouraged Little to sign the bill into law.

Nearly 98% of the emails persuaded the governor to veto the bill.

Please veto SB 1110 as it limits the voice of the people to introduce ballot initiatives. Introducing a ballot initiative does not make it law. It still requires a statewide vote where every registered voter has an equal voice. Freedom does not come from limiting conversation, but captivity and tyranny do.

I firmly believe that it should be difficult to qualify initiatives for the ballot. In most cases, it should be the responsibility of elected representatives, and not ordinary citizens, to propose and enact laws.

Without a doubt, these barriers will block grassroots initiatives from ever making the ballot again.

I am deeply concerned and shocked that our legislature – who prides itself on their personal freedoms (no masks, no lockdowns, etc.) has taken it upon themselves to curtail the freedoms and rights of Idahoans to participate in direct democracy. This is beyond hypocritical!

I wish to contact you to keep in mind that "We the people" do not need our hands tied by those who wish only their agendas, their rules and laws to be heard and made into laws. All Idahoans deserve to vote, to be able to bring forth new ideas and hopes for every person to vote and use the initiative process for their ideas.

Please veto [S.B.] 1110 and at least preserve some aspect of the conservative Idaho way that lets the people's voices be heard. Thank you.

The vote is a precious gift of democracy.  Senate Bill 1110 would make it virtually impossible for any grassroots initiative to qualify for the ballot.

Please veto the legislature's effort to undo the right of the people of Idaho to effectively access the initiative process. The idea of giving one legislative district the power to effectively veto what otherwise could be the will of the massive majority of Idahoans is patently undemocratic.