The high profile elected officials face similar criticism of their handling of the coronavirus pandemic. 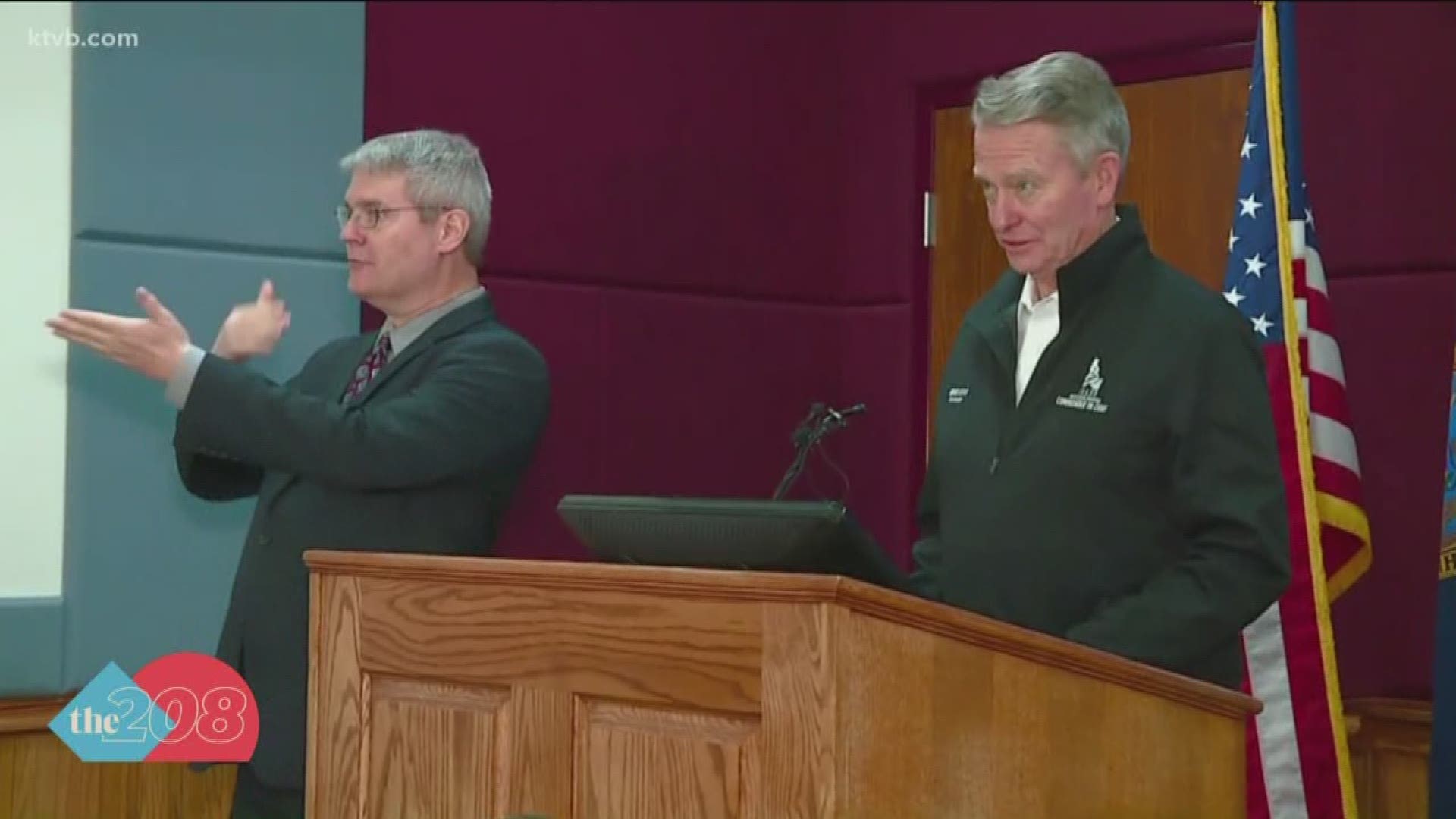 BOISE, Idaho — Idaho Gov. Brad Little and Boise Mayor Lauren McLean are now the target of petitions to recall them from office.

The two efforts though are in very different phases.

The campaign to recall Little is now an official effort.

After gathering the 20 signatures required to file an official recall effort, last week the group, Idahoans for the recall of Governor Little, had their recall petition certified by the Secretary of State’s Office.

On their website, recallgovlittle.org, the team introduces themselves as, "the ladies of Idaho who could not sit quietly while their liberties were stripped away under the guise of public safety."

Their website poses the question, why shouldn't we recall the governor? Then lists their issues, some of which include:

KTVB reached out to Gov. Little's office for comment on the petition but got no response as of Thursday afternoon.

The Little recall campaign has through August 11 to collect signatures from no less than 20% of Idaho's registered voters at the time of the last general election.

That means they need 183,523 signatures to trigger a recall vote.

KTVB spoke over the phone with organizers of the recall effort, who say their list of issues speaks for itself, but that Little not recalling the legislature and acting unilaterally on decisions is a major sticking point for them.

They also point out that not everyone who signs their petition wants to necessarily recall the governor, but instead, to simply have the conversation.

The effort to recall Mayor McLean in Boise is not an official campaign at this point. It is simply a change.org page. Over the last several weeks, close to 20,000 people have signed the petition published by the user, Do Better Boise.

There is no way to tell if everyone who signed the petition is from Boise, or even Idaho.

Why the recall? Similar to the campaign against Little, the McLean petition says in part she, "imposed undue hardships upon Boise residents and businesses during this pandemic by ordering businesses closed, and local public venues off-limits and gone as far as telling people to call in and report others"

KTVB asked McLean about the criticism of her handling of COVID.

"We had to make tough calls, I feel really good about the work Governor Little did to protect all of us statewide and {I} was so impressed by the community willingness to respond to the steps we had to take to keep us safe," McLean said.

Specifically, on the petition campaign, McLean says it's their right.

"That's an information collecting effort that everybody has a right to do. I remain focused on ensuring that I am working with an economic recovery task force, that we are partnering with businesses and other agencies to support our community as we recover,” she said. “We are focused on ensuring that Boise remains Boise. Now, and into the future."