The survey also found critical race theory was the least important issue to Republicans in a list of current topics. 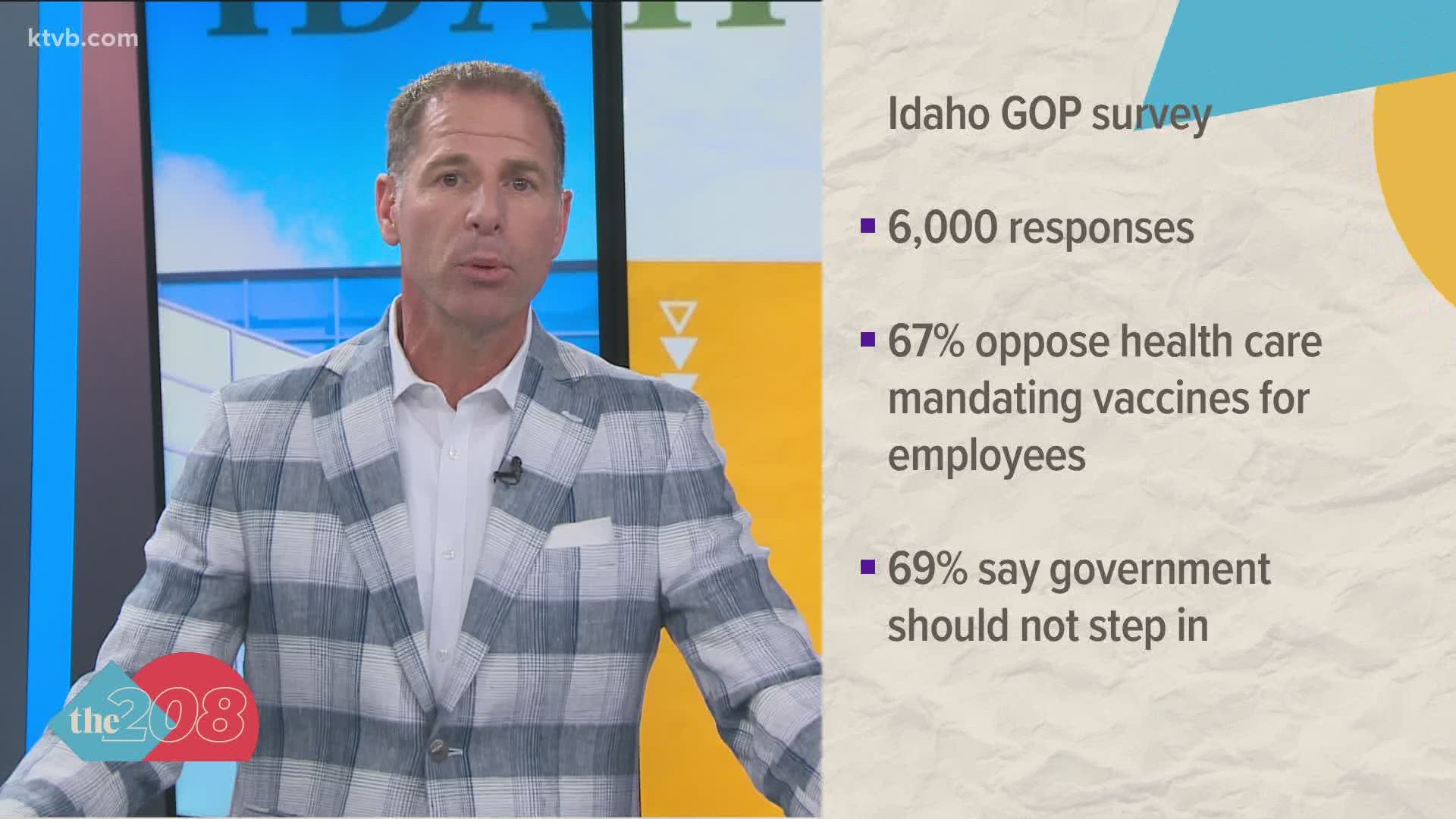 BOISE, Idaho — In a survey conducted by the Idaho Republican Party, a majority of respondents said while they don't support employer COVID-19 vaccination requirements, they also don't want the government to decide if employers can or not.

Between July 19 and 20, about 6,000 people answered an email survey from Idaho Republicans that asked four questions; three yes-or-no and one ranking question.

Only 30% of respondents said they support employers requiring the COVID-19 vaccine, and slightly more (33%) supported healthcare providers requiring them, according to survey results released by the party.

However, 31% of respondents said they believe the government should determine if employers can or cannot require workers to get the COVID-19 vaccine.

"I hope this helps our legislators in their discussions and decision-making. It certainly helps put it into perspective for me," Idaho Republican Party Chairman Tom Luna said in a statement.

Critical race theory was ranked the fifth most important issue in the survey.

The survey was emailed to more than 20,000 Idaho Republicans, according to the Idaho GOP.