A new mentoring program through the Idaho Fish and Game is hoping to encourage young Idahoans to participate in one of the state's most popular pastimes. 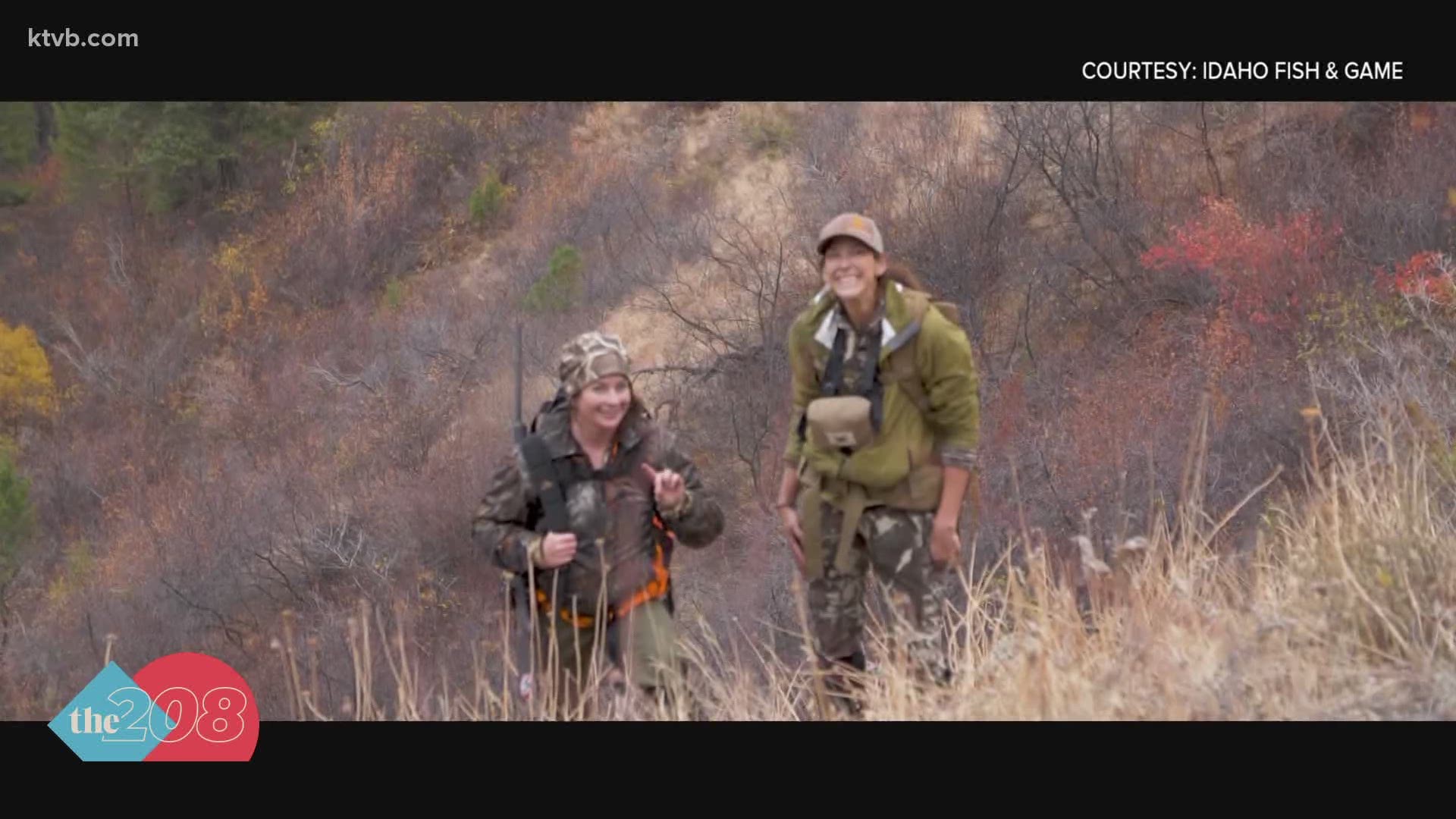 BOISE, Idaho — It's been said that Idaho has some of the best elk hunting in the world, a good thing for Idaho hunters as big deer and elk season is officially underway.

Nationally, however, hunting is down by almost half of what it was 50 years ago. This concern of what could be a lost tradition inspired one woman to begin a new program to recruit young hunters.

"Being in your thirties as a woman and just starting something new, it's really difficult," Katie Oelrich said.

Olerich is part of a mentoring program and new video series from Idaho Fish and Game called "The Maiden Hunt."

"It's aimed to recruit hunters and accelerate their learning curve," she said.  "Getting into hunting is kind of intimidating and it's relatively difficult, so this program is aimed at giving people who are interested in it a leg up."

In Idaho, hunting participation has remained fairly stable over the years, but there is certainly a smaller percentage of hunters than there has been in the past 10-15 years, according to Idaho Fish and Game's marketing program manager Ian Malepeai.

"What we're doing is really trying to stay on top of that," Malepeai said.

Hunting is not a skill you can learn through the internet, which shows the necessity of these mentoring programs.

"Going hunting, you really need to be out in the field. There's a lot of questions you have as a beginner hunter.  Some of them feel silly.  And you feel kind of silly asking them.  And you see them in the video, Kori asks, 'Am I breathing too loud?'"

The mentoring program is also about maintaining a crucial revenue source within the Fish and Game department. State wildlife agencies depend heavily on sportsmen for funding. In Idaho, that revenue is used to manage all wildlife, not just game.

"Our agency is like any other organization, in that we need revenue, which in Idaho does not come from general fund tax dollars, to sustain the work we do," Malepeai said. "We're trying to be proactive and not see that downturn that other states have experienced."

Through the program, Kori ended up harvesting a buck during her first deer hunt ever. More than a year later, she is still hunting.

"For me personally, being outdoors and having that connection, that primitive connection to the land and having that sustainable food source is really really important to me personally," Olerich said. " You know, hunting is a management strategy as well to help meet objectives for deer and elk populations for wildlife populations, so it's two-fold."

For more information on the program, visit the Backcountry Hunters and Anglers Facebook page and the new Idaho Fish and Game website.