Dr. Neilly Buckalew was asked to travel from Post Falls to Boise to help work at a hospital. She wanted to wear a mask, but she says she was told she couldn't. 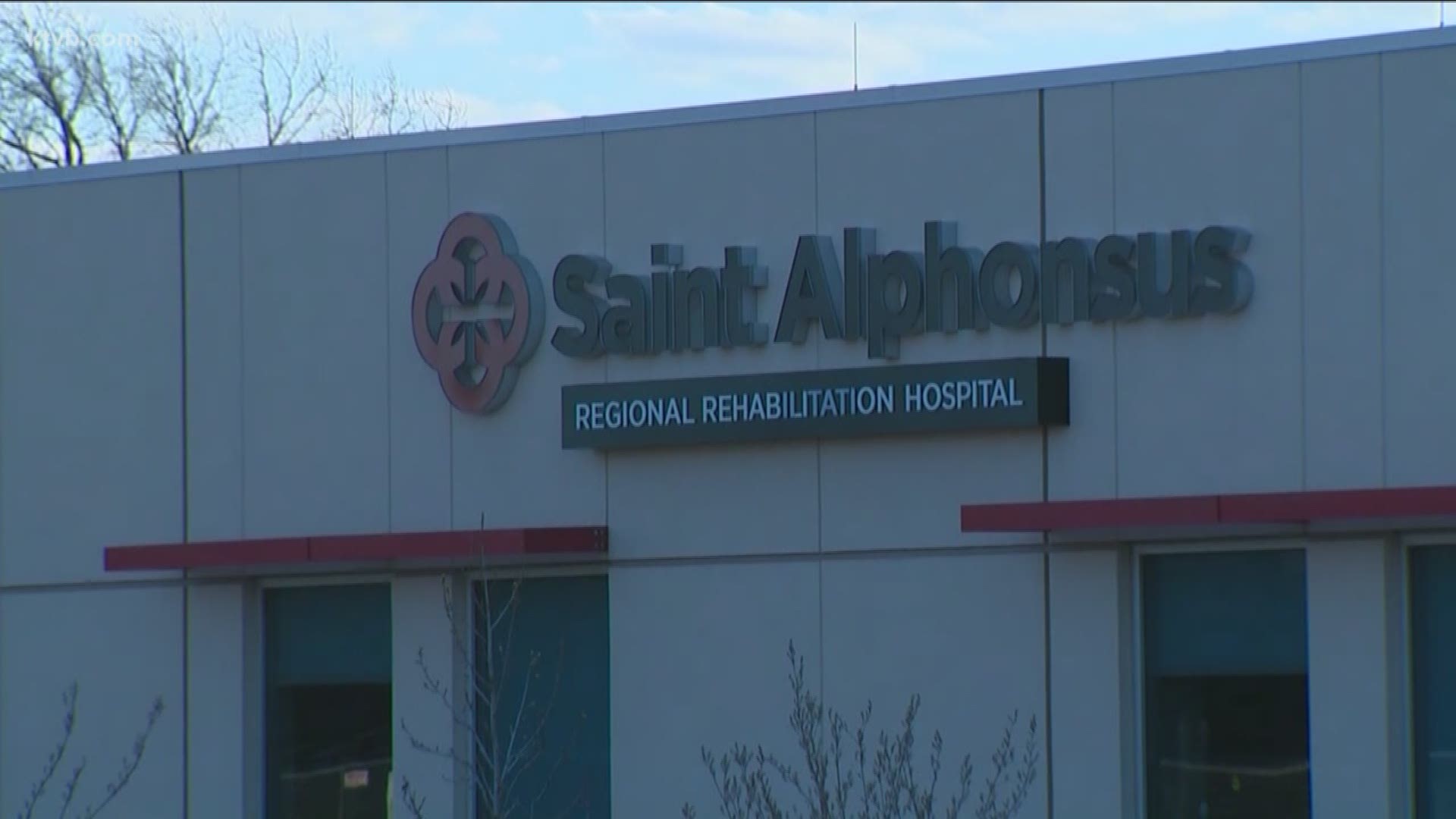 BOISE, Idaho — An Idaho doctor is asking questions after she says she was terminated from a position after wearing a mask to work in a hospital.

Doctor Neilly Buckalew is a physiatrist and integrative medicine physician and owner of Integrative Ability Medicine, currently, a telemedicine practice, based in Post Falls.

She also provides coverage for inpatient rehabilitation hospitals throughout the country. Part of her job is to travel to areas in need of extra support.

In March, she was asked to work at Saint Alphonsus Regional Rehabilitation Hospital. Buckalew had some concerns about coronavirus and travel, so she packed her personal protective equipment or PPE.

“So, I brought my N95’s with me, really not thinking it would be a problem,” Buckalew said.

When she arrived at her hotel in Boise, she took extra precautions. Like others, Buckalew has some underlying health issues she was worried about.

“I literally took three hours to decontaminate my room at the hotel before I moved in because I didn’t want to take the risk for the patients, namely, and for myself,” Buckalew said.

The next day, March 23, Dr. Buckalew headed in for her first day of work with her N95 mask on. Nobody said anything to her about it, until the next day.

“I came in the next morning, Tuesday, and that’s when the conflict started. I was told I couldn’t wear it,” Buckalew said.

She said she was given a few different reasons as to why she couldn’t wear a mask to protect herself and her patients.

“The list included: if you wear it, everybody will want to wear PPE and we don’t have it,” Buckalew said. “It’s against hospital policy to wear your own PPE.”

She says she was asked to not come back to work Wednesday.

After some phone calls, she was able to connect with a hospital administrator. Buckalew says she was told by the administrator that her not being allowed a medical mask wasn’t the message they were trying to get out.

“Later that evening I got a text from my agency saying they want you back and you can wear your PPE,” Buckalew said.

It was an odd Tuesday, but Buckalew was ready to just go back to work Wednesday. Before she did though, another guest at her hotel further solidified her beliefs, she needed to wear a mask to work at the hospital.

“In the room beside me, he sounded very ill, I mean they were coughing, I was very concerned about them,” Buckalew said.

Wednesday while she was working, the mask decision changed again.

The final thing Buckalew was told on the masks was, “You can’t wear your mask, and they went back to it’s against hospital policy, but this time it was Trinity, which is the owner of St. Al’s and a very large healthcare corporation,” Buckalew said. “The next thing I know, I’m being asked to leave again.”

KTVB reached out to Saint Alphonsus for comment, and a spokesperson explained that the rehab hospital that Buckalew worked at was actually a joint venture with Encompass Health. The spokesperson says the location operates under Encompass Health protocols, not St. Al’s.

So, KTVB then reached out to Encompass health to hear their side of the story. They responded with a statement saying in part, “we have issued guidance permitting employees to wear their own commercially-produced masks if they are suitable for hospital use and are worn appropriately.”

A spokesperson for Encompass adds that the CDC’s guidance for mask-wearing is updated frequently, but their team has been following that guidance during this pandemic.

In her termination phone call, Buckalew asked to see the policy saying she couldn’t wear a mask.

“I need to have it in writing that you are asking me to leave because I want to protect myself,” Buckalew said.

Still, she said nobody has been able to show her that policy. She was informed though that she was officially labeled as insubordinate, incompetent, and unethical for her actions.

Buckalew explained that it is part of a bigger problem of health care workers being called disruptive when they are trying to draw attention to an issue.

“Physicians have lost their jobs, they’ve lost their licenses when they speak out on behalf of what they think is right,” Buckalew said. “We’re in this for the patient. We came to this because it was a calling, and we want to do the best and right thing for our patients.”

“We really need to trust the people that are on the ground, and support them,” Buckalew said.

We are continuing to tap every resource available to provide personal protective equipment that meets the needs of our patients and staff as we deliver much needed care to our patient population. During these uncertain times, we will continue to ensure the wellbeing and safety of our patients and employees. Our focus is to use personal protective equipment that helps prevent the transmission of the virus. We are staying current with the CDC’s frequently updated guidance of the use of PPE, and our hospital has PPE for when it’s recommended for use by our clinicians and patients. Additionally, we have issued guidance permitting employees to wear their own commercially-produced masks if they are suitable for hospital use and are worn appropriately.