Idaho was one of only two states to have zero confirmed cases of COVID-19 this time last year. The week of March 13, however, changed everything we knew. 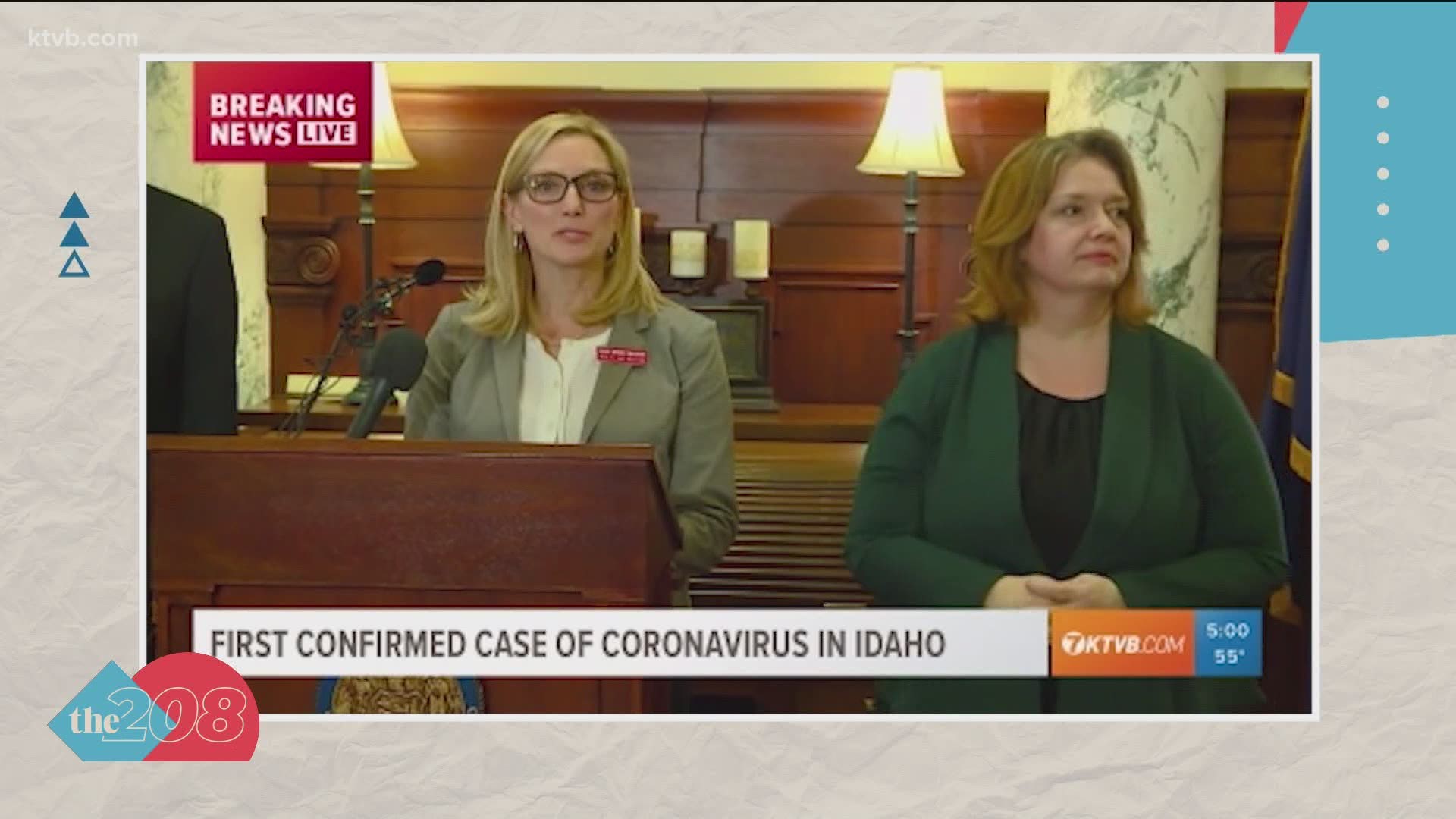 BOISE, Idaho — On this day one year ago, Idaho was one of only two states with zero confirmed cases of the new novel coronavirus.

Healthcare workers in the area were prepared to combat this new virus. While they had some idea of what was heading their way, they couldn't have comprehended how COVID-19 would shape their lives over the next 12 months.

It was Friday, March 13, 2020, that Idaho Gov. Brad Little announced the state had identified the first lab-confirmed case of COVID-19.

That week, 41 people had been tested for COVID-19 across the Gem State, but none has come back positive.

The week everything changed started out like any other:

Thanks to Boise State University, the Gem State was learning how to properly wash our hands.

"You wanna make a lather, but more than anything you want to be sure that you are creating enough friction to get the germs into the lather so that it can wash off," said Dr. Cynthia Curl with Boise State.

At this time, we were also learning how to deal with a shortage of toilet paper in stores.

By Tuesday, 51 Idahoans had been tested for COVID-19 but none has come up positive.

However, concerns were raised to consider cancelling- or at least altering- upcoming events like the Big Sky Basketball Tournament in Boise or the Treefort Music Festival.

"Right now, nothing has been issued from a health perspective that would lead us to cancel events," Boise Mayor Lauren McLean said.

The City of Boise said they had no plans to cancel the festival, but festival organizers didn't feel the same.

On Wednesday, Treefort was postponed.

"We all recognize the value of this event and I believe that their proactive willingness to postpone it until September is going to help the community rally behind them even more," McLean said.

While the city was preparing to hold Treefort in the fall, Boise State students learned they would spend one day learning remotely in the event in-person classes were canceled.

By Thursday, 91 people had been tested for COVID-19 in Idaho. At this point, the state was still reporting zero confirmed cases of the virus.

Despite this, the Big Sky Tournament announced all games would be canceled until further notice, just before the women's title game.

That same day, the NCAA Tournament was canceled, as well as all other winter and spring sports.

Meanwhile, people were continuing to stock up on supplies at places like Costco, which had people question the pandemic panic mentality.

"It's the control issue," said Dr. Scott Hoopes of Live Well Psychiatry. "We hate being out of control, so the uncertainty is very distressing for us. So exerting some element of control is very very helpful."

Our luck ran out on this day.

Gov. Little and his Coronavirus Task Force held a press conference to announce that Idaho had confirmed its first case of COVID-19.

"Just this afternoon, the department was notified by our Bureau of Laboratories that we have our first positive case of novel coronaviurs in a female over the age of 50 in the southwestern part of the state," a member of the task force said.

In fact, there were two confirmed cases that day. Already, Little's concern was surrounding where that number could go from there.

"Our goal, as we said over and over, is to smooth that curve to where we don't overrun our health care capacity," he said.