The owner told The 208 that he works 16-hour shifts daily, every week, and his desire to hire is at an all-time high but struggles to find applicants. 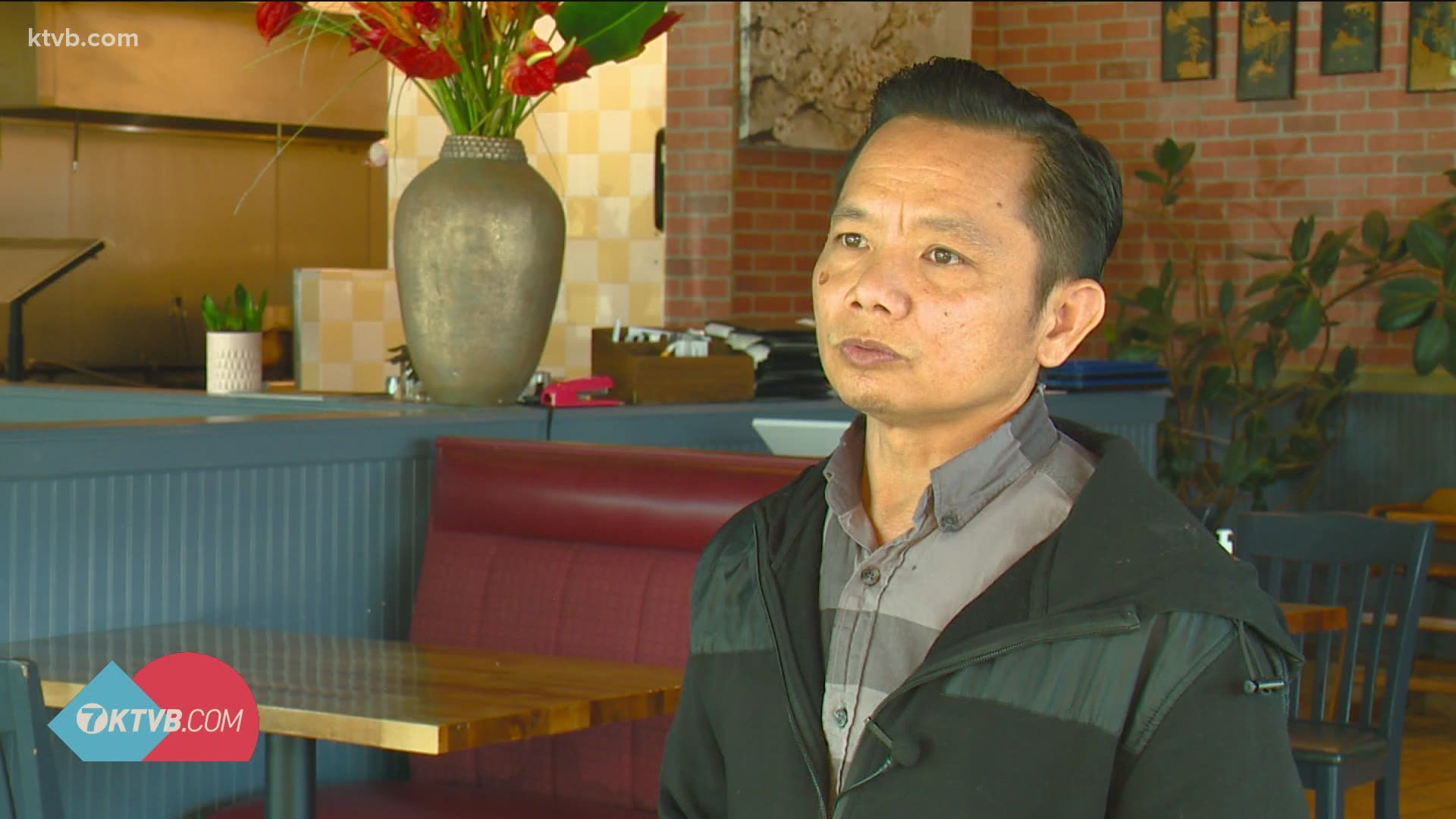 BOISE, Idaho — It’s no secret that businesses across the Gem State are struggling to find employees. One restaurant, 208 Pho and Vegan, has had to temporarily close two of its locations due to the lack of workers.

An Ngyuen, the owner of the Vietnamese restaurant, has three locations of 208 Pho and Vegan. The location on Front Street in Downtown Boise has been closed for four weeks. Ngyuen purchased a building on Overland Road, where the old Rockies Diner used to be, in 2020 when business was booming. That location has not yet opened for business.

The only 208 Pho & Vegan location up and running is on West Franklin Road. Ngyuen said even with help from his wife and dad, they are barely hanging on.

“I can see it in their face that they are not happy, 'Why are you closed, it’s today that I want to come have the pho,' and all I have to say is, 'Sorry, you know, [we] are closed today,” he said.

Ngyuen said he likes to have at least five workers at each location, 15 altogether. Right now, he only has six staff members, including himself. Ngyuen works 16-hour shifts daily, every week, and said the desire to hire is at an all-time high.

“I have a couple of friends in California and some in Portland and then if I offer them a deal, I don't even know what deal to offer them because they have to leave their home and they have family too," he said.

“I have five kids total myself and I have to give them school and I have to take a break, three o'clock, I have to go pick them up and sometimes I have to close down for a little bit and then come back, it’s just so hard.”

Since the downtown location temporarily closed over a month ago, Ngyuen has not received a single application.

“We tried on Facebook or Craigslist but sometimes you know that's not enough for people to know we need it," he said.

Ngyuen mentioned that he is willing to pay new hires bonuses and include other incentives to work, such as becoming a partial owner. He said finding employees is even more challenging when owning a Vietnamese restaurant.

“This is something that not everyone can do, it’s food and there has to be some experience required you know?” he said.

However, he admitted, experience or not, he is determined to one day open up all three locations, even if that means spending his every penny.

“It's been almost a year and a half now and sometimes we don't have a lot of time with family so I feel a little bit guilty,” he said, “You want to spend more time with family but sometimes you can’t, you just have to stick your neck out to do what it takes.”

To apply for a position at 208 Pho & Vegan stop by their location at 8675 W Franklin Road in Boise or message them on Facebook.