The Idaho 97 Project is calling on Idaho lawmakers to investigate the conduct of Rep. Giddings after she shared links identifying an alleged sexual assault victim. 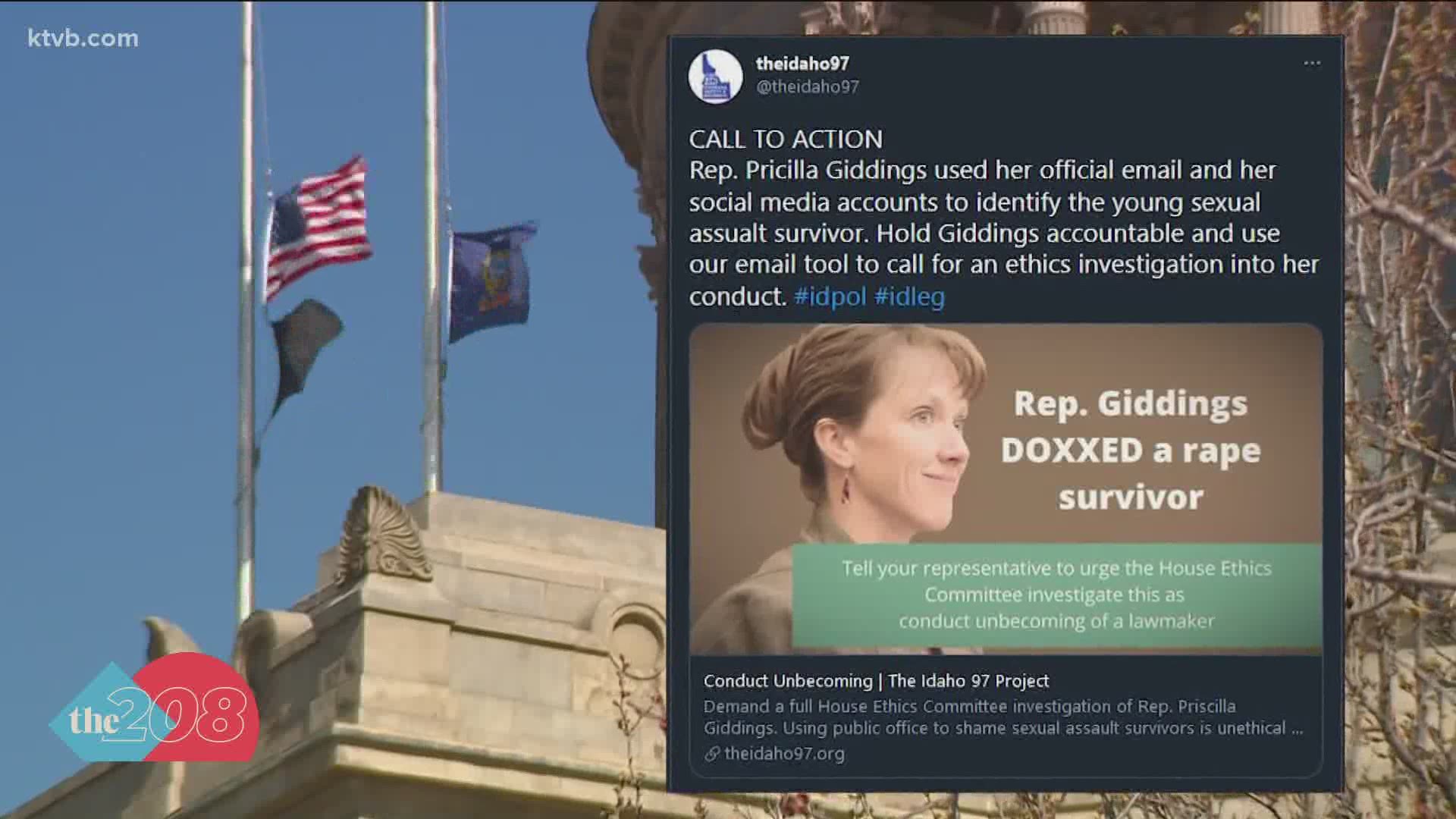 BOISE, Idaho — Supporters of The Idaho 97 Project are working on a campaign to encourage lawmakers to launch an ethics investigation into the actions of Rep. Priscilla Giddings (R-White Bird).

“She shared a redoubt article with both a picture and the name of the survivor in this case,” Satz said. “This is about decent behavior, this is about decency that we should all expect from all of our leaders. That’s all it’s about.”

Giddings shared a link to an article in an official newsletter as well as a Facebook post. The post and article have now been edited to remove the name and photo of the alleged victim. Giddings was questioned about her actions during the von Ehlinger ethics hearing by Rep. John Gannon (D-Boise).

Gannon asked Giddings if she shared a photo of the survivor on her social media, to which she replied, "Rep. Gannon, I posted a link to a news article."

Giddings later defended her post during the von Ehlinger ethics hearing, stating it was her understanding there were no criminal proceedings occurring at the time.

“Everything was in accordance with the House Rule 45 and if Rep. von Ehlinger’s name was going to be made public, I believe that everybody should be innocent until proven guilty and that both sides of the story need to be equally represented,” Giddings said.

Satz has his own perspective on Giddings' response.

“I’m an attorney and in my mind, I know that her defense is, 'Well, I was just resharing a news article,'" he said. "She is hiding behind that and she is using that as an excuse to push it out. Every other member of the house knew better and knew not to do that.

Satz believes that any decent person would know better than to share the name and photo of an alleged teenage sexual assault victim, especially an elected official.

Advocates for Jane Doe said the messaging from people like Giddings likely led to her being chased down and harassed as she left the hearing. House Speaker Scott Bedke (R-Oakley) confirmed there is an investigation into those claims.

“It is vitally important for leaders to understand that what they say and what they do, it matters," Satz said. "People pay attention to this. They watch what you do and they listen to what you say."

On her Facebook post, Giddings also included the caption “Follow the money! Idaho’s very own Kavanaugh.” Critics feel that is a clear effort to turn a rape allegation into a political game.

When questioned about the significance of the caption, Giddings said it was nothing relevant to the situation.

“There is clear intent in our mind and in the minds of a lot of people working with this young woman to both intimidate her and to identify her and to basically frighten her,” Satz said. “We don’t have to agree. We can be conservatives, we can be liberal, we can have all these different views. But we have to expect and demand honesty and integrity from the office and if they can’t do that or they won’t do that or they refuse to do that, as is the case it appears with Rep. Giddings, then they should be held accountable for those actions.”