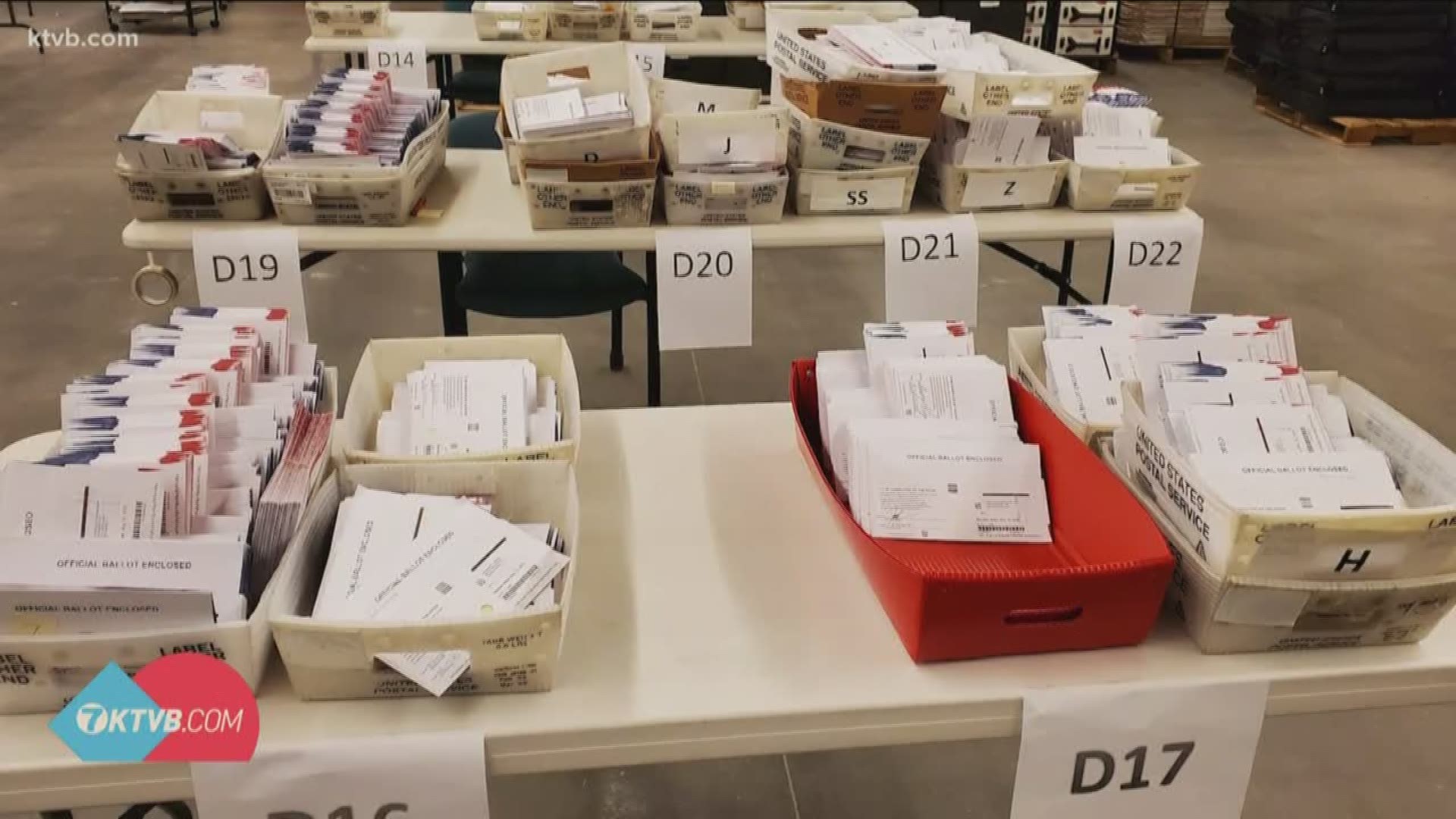 BOISE, Idaho — Tuesday is Idaho's primary election day - part two. With the vote by mail system, results for the May primary will be released Tuesday night after the election began on May 19.

To prevent the spread of coronavirus, many states, like Idaho, are doing an all mail-in vote, which has caused concerns for some about voter fraud.

“So far we don’t have any indications of voter fraud for this election,” said Ada County Clerk Phil McGrane.

County clerks across the state are hyper-aware of the situation though and watching very closely.

“There are ballots that we have been following up with voters on, so I don’t want to indicate that we haven’t been looking into anything we definitely have somewhere we are reaching out to voters, but so far there is no indication of any fraud,” McGrane said.

Claiming that attempted voter fraud never happens in Idaho is untrue, but McGrane says it is extremely rare.

“We’ve had a few other instances where we’ve had people attempt to vote more than once, but in each of those instances our systems that are going on behind the scenes have been able to catch those,” McGrane said.

The Secretary of State’s office said that the Heritage Foundation report on Idaho voter fraud shows there have been fewer than 15 voter fraud cases in as many years.

Additionally, President Donald Trump has prompted a lot of discussion about voter fraud with recent tweets that say in part,

“MAIL-IN VOTING WILL LEAD TO MASSIVE FRAUD AND ABUSE….”

“There is NO WAY that Mail-in ballots will be anything less than substantially fraudulent….”

The President has referenced, for example, how California sends out ballots to registered voters.

McGrane explained that Idaho has a much different system than places like California.

“In our case, you have to request the ballot. Most people know by now because lots of people have sent in those requests, you have to take that extra step of requesting your ballot. We are then mailing it to that current address you provided,” McGrane said. “And then we have that back end verification to make sure the person returning it is the same person who requested it.”

Idaho has security systems in place to prevent fraud, like signature verification on every ballot sent through the mail. With everyone voting that way this election, county clerks have a lot of work to do. In Ada County, the clerks' office has received about 5,000 to 10,000 ballots every day from the Postal Service.

Again, all of them are verified before being counted.

“It’s going to take us all day today as well as all day tomorrow and into the evening tomorrow to get all the votes counted. So the machines behind me are actually the scanners going through, they are scanning an image of the ballots so that those votes can be read later,” McGrane said.

He added that if there was a large coordinated ballot fraud operation, and somehow no voters noticed, the clerk’s office would.

“If we saw any pattern like that, we would be working with the sheriff’s office immediately to look into it,” he said.

McGrane said if you still have your ballot, do not mail it. You will have to physically drop it off at your county clerks office and in Ada County, there are even more options.

Drop boxes will be set up Tuesday at, Eagle, Meridian, and Kuna city hall, in addition to the ones at the elections office and Ada County Court House.