How Ada County got its name

It was named for Ada Riggs, one of the daughters of Boise's first settlers, Henry Riggs. 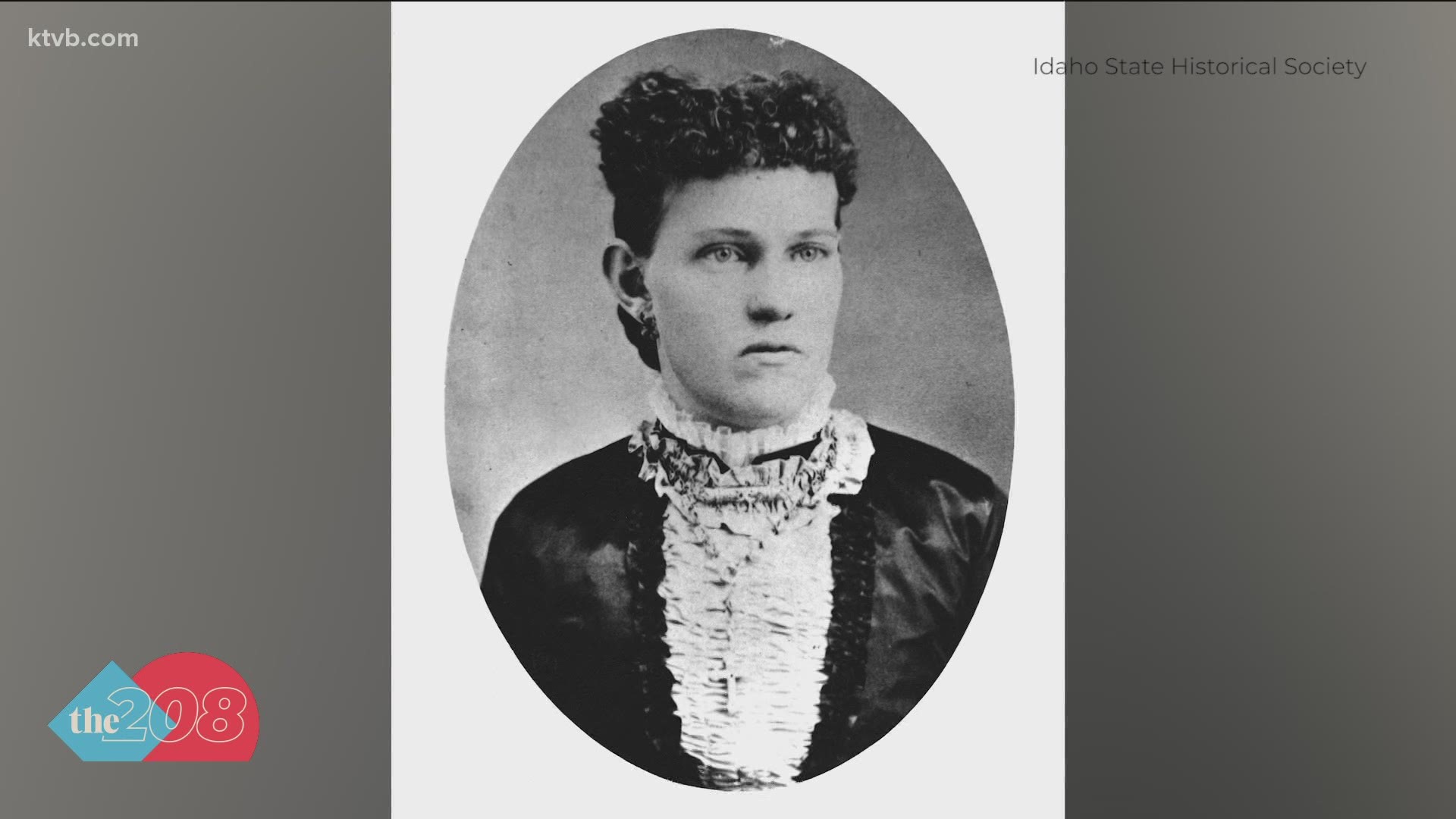 BOISE, Idaho — April 3rd is a significant day for Ada County. It's the birthday of the county namesake - Ada Riggs.

165 years ago, she became the oldest daughter of what would become one of Boise's first settlers. She was just 7 years old when she moved here.

And we thought things moved quickly these days, within a year and a half of living in Boise, she had a county named after her.

There's not a whole lot known about Ada, but her father certainly left a legacy.
Which is where the story of Ada begins with her father, H.C. - Henry Chiles Riggs.

By the time he made it to Boise, Henry Riggs had been a soldier, a statesman, a spouse, a sire of three kids, and sort of unsettled, having gone from his birthplace of Kentucky, to Missouri, to California, back to Missouri, back to California, then to Oregon, and finally, what would become the city of Boise in July 1863.

He claimed to have pitched the first tent in town, giving him the title of founder, or at least one of them.

Riggs then helped lay out the center of the city as we know it today.

It wasn't long until he was elected territorial legislator, where he is most remembered for two bills.

One moving the territory capital from Lewiston to Boise. The other creating a new county carved out of the existing Boise County and centered around the city of Boise.

They were gonna call it Riggs County, naturally, but Henry had a better idea.

He suggested naming the county after his 8-year-old daughter, Ada.

So it was, and on Dec. 22, 1864, Ada County was formally formed and therefore established the eternal question "why is Boise not in Boise County?"

One other thing Henry did for Idaho. In 1870, he got a shipment from Missouri - two crates filled with 38 quail.

They were sent to several spots across the territory, thus giving Henry Riggs the credit of introducing quail to Idaho.

Henry and his wife, the former Mary Ann Lipscomb, also of Kentucky, had eight kids in all - four of which were born in Boise. The youngest was born in Emmett on the family homestead.

Both Henry, who died in 1909, and Mary Ann, who died three years later, are buried in Emmett.

Ada Riggs was not a long-time resident of Idaho.

She got married in Caldwell in 1884 to John Riggs Coon. They moved to California where Ada lived until passing away in San Francisco in 1909 - the same year as her father!

A myth of Ada Riggs persistently repeated was that she was the first pioneer or white child born in the area, thus giving the naming of the county after her some sort of heft.

Ada Riggs was born in Davis, California in 1856.

As I'm sure will sit well with long-time residents, the creation of Ada County will forever be connected to a California native.

RELATED: Getting to know Idaho: Bonners Ferry, the most friendly town