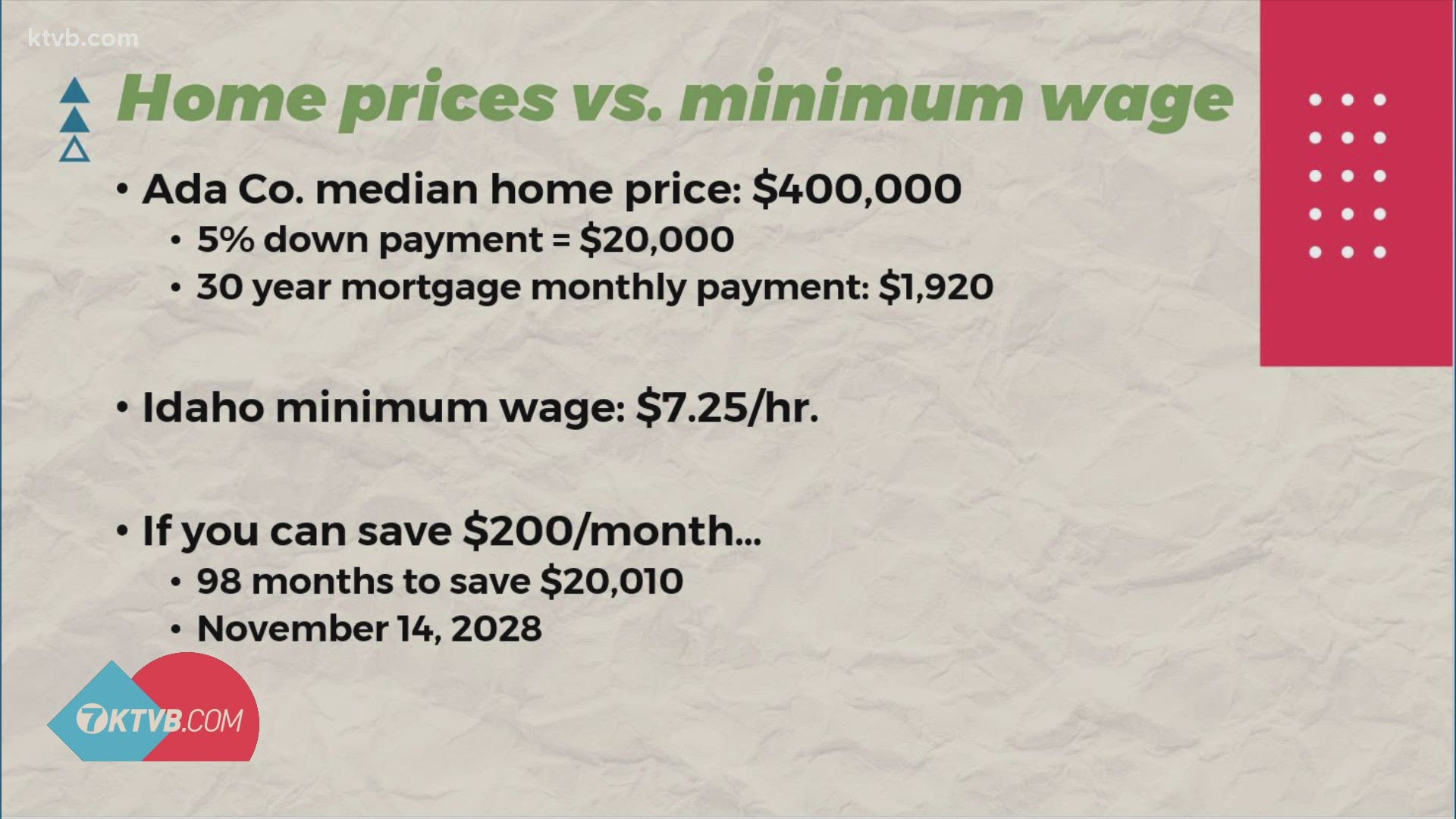 BOISE, Idaho — Housing prices in the Treasure Valley won't be hampered by a pandemic.

Another month, another record for what it costs for a middle of the market house.

The Boise Regional Realtors letting us all know that the median sales price for an Ada County home last month was $400,000, a nearly 13% jump over August of last year.

That led to this text from Steve in Boise who wanted to know...

But we thought, what if they were? Could they do that?

There's a lot of first-time home buyer programs out there and we're not intending to dissect them here.

But what would it take to get the money to just get a look at a loan?

If you could somehow save $200 a month, it would take you, with a savings account paying .9 percent, 98 months to get that money. Or until November of 2028.

At that point, if you're still making minimum wage, you realize you won't be able to pay the mortgage anyway.

And in eight years what's the median price going to be then?

The finish line will for surely move even farther away.

It's doubled in seven years. Could it do it again in another eight?