House kills budget for state Division of Welfare next year, over concerns about fed COVID aid for child care providers

Lawmakers can’t leave town without passing a balanced budget for state government, JFAC must now reconvene and set a new budget for the agency. 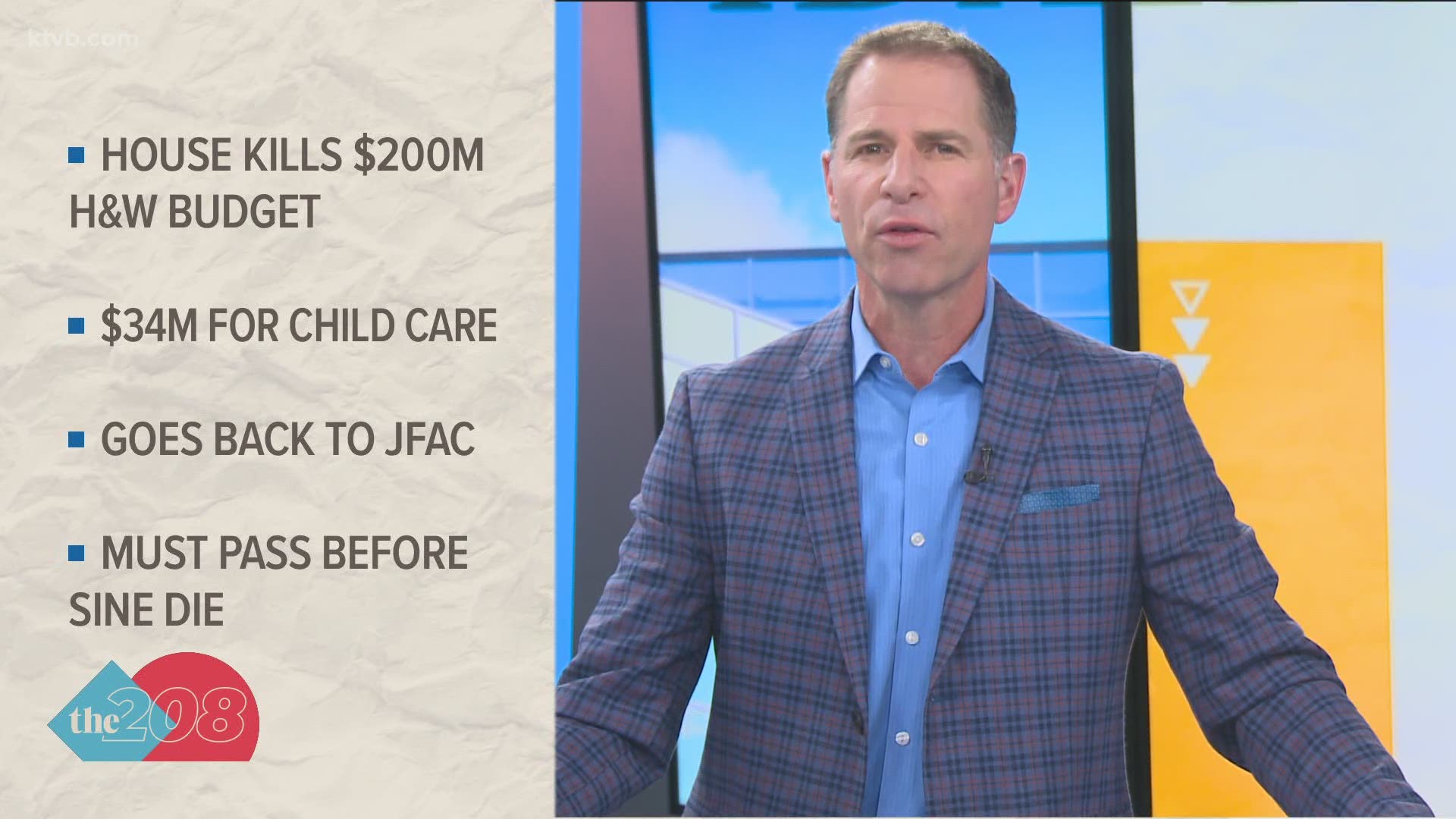 BOISE, Idaho — The House has killed the budget bill for one of the major divisions of the Idaho Department of Health & Welfare, the Welfare Division, after several House members raised questions about $33.7 million in federal coronavirus aid funds allocated in the budget next year for assistance to hard-hit child care providers in the state.

“That’s a sizeable amount of money,” said Rep. Dorothy Moon, R-Stanley, questioning how many might apply.

The funds, from the COVID-19 aid bill that Congress approved in December, were allocated by the Joint Finance-Appropriations Committee to be spent in the next fiscal year that starts July 1, rather than in the current year; JFAC split the funds, originally proposed as a supplemental appropriation to make them all available right away. That’s why they’re in the budget bill for the division for next year. The first $24 million in federal COVID aid funds for grants to child care providers were in a supplemental appropriation, HB 200, that passed the House on Feb. 22 and already has been signed into law. Overall, the Welfare Division’s budget for next year showed a reduction in state general funds from this year’s funding level.

Rep. Fred Wood, R-Burley, the House Health & Welfare chairman, told the House that the Department of Health & Welfare will make a presentation to his committee in the morning at 8, including all the details about how the federal aid funds work. “I invite all of you,” he said.

Troy thanked the House for “a great conversation about these funds,” and said, “I guess just to clarify, the $33 million is one-time federal funds that the state was allocated through the COVID relief act, and that’s the funds that are going to be used to enhance child care in Idaho by these loans to child care providers to help them stay in business. I know those providers in my district have really struggled.” Troy said the program is similar to a PPP loan. But the House killed the bill on a 27-42 vote – signaling that the legislative session won’t be wrapping up any time soon.

Lawmakers can’t leave town without passing a balanced budget for state government; the House defeat of the Welfare Division budget, SB 1163, means that JFAC must reconvene and set a new budget for the agency. That process can take up to two weeks. SB 1163 had passed the Senate on March 10 on a 24-9 vote.