The bill, which would "establish provisions regarding dignity and nondiscrimination in public education," passed with a 27-8 vote after students' testimony. 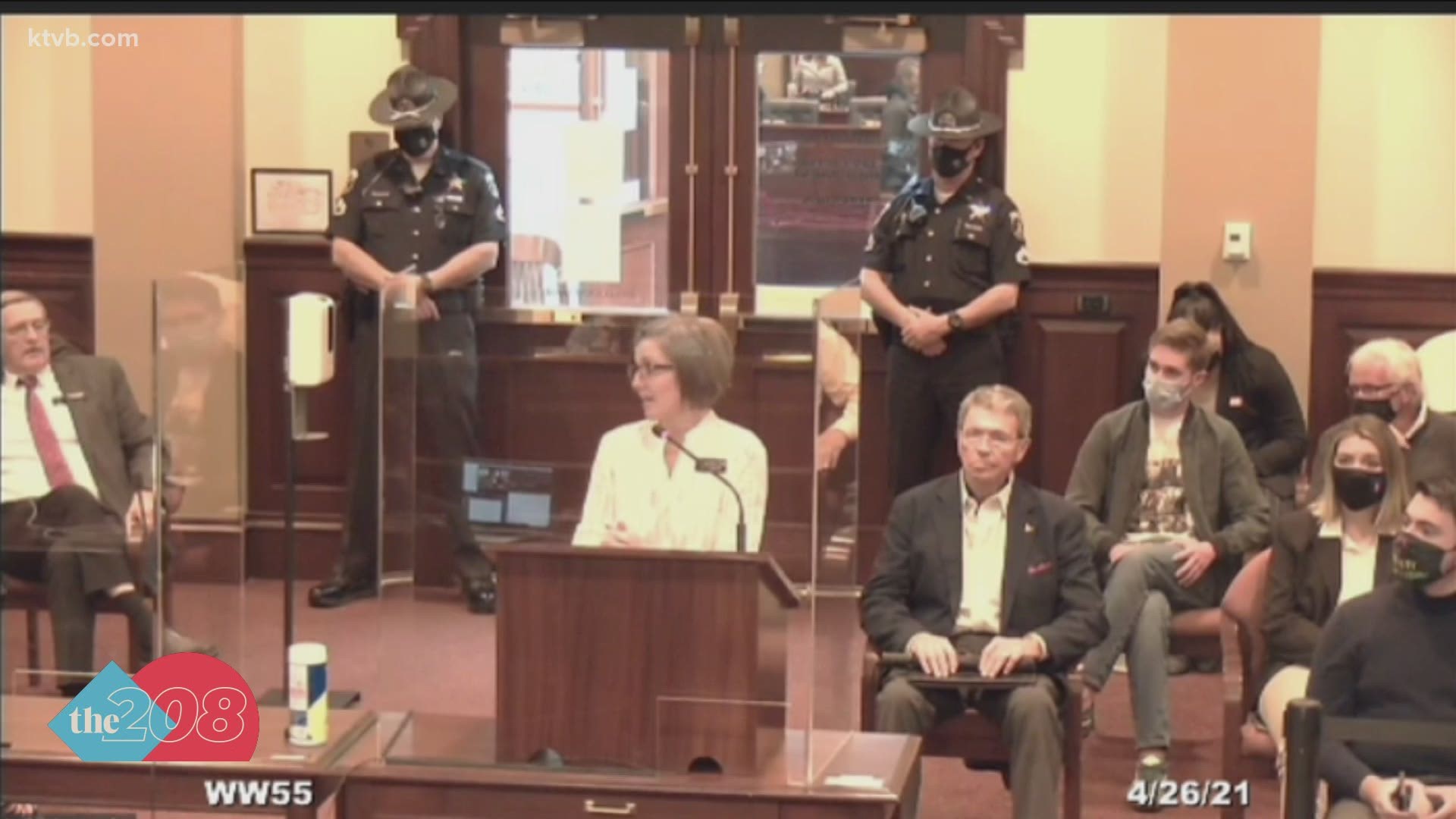 BOISE, Idaho — Idaho House Bill 377, a bill that would "establish provisions regarding dignity and nondiscrimination in public education" and "prohibit the expenditure of moneys for certain purposes," appeared before the Idaho Senate on Monday.

The bill ultimately passed 27-8, with one Republican senator voting no.

Before the bill appeared in the Senate, it went through the Senate Education Committee, where members opened it up to public testimony.

Sen. Carl Crabtree, R-Grangeville, called HB 377 a "prevention measure," stating it does not say what teachers can and cannot teach. Rather, the bill prevents schools and teachers from making any student feel they are superior or inferior to any other gender, race, ethnicity, religion, color or national origin.

Some legislators claim this tenet makes white students feel responsible for past interracial relationships, as it is prevalent in critical race theory.

During the committee meeting, however, Rep. Julianne Young, R-Blackfoot, did not provide a definition of critical race theory.

"Critical race theory is a formal academic discipline," she said. "If you were to Google it, you would find abundant descriptions of what is contained in it and because it's not an operative part of the bill, it didn't seem necessary to provide a definition."

Young continued that the bill is not espousing that anyone should be treated differently, rather just how historical and present policies have.

During the debate, committee member Sen. David Nelson, D-Moscow, asked Young how current Idaho education standards would violate the section if HB 377 were in effect today.

"I hesitate to be specific having not brought evidence in front of me that I can provide documentation," Young responded. "Let me give you an example of the personal experience. A number of legislators had the opportunity to speak with Boise State students who came and shared their personal experiences and some of them have been required to write papers affirming certain things about themselves personally, which they found to be offensive and violated their personal conscience. There have been students that have been silenced, there have been students that have been disciplined."

Despite Young's example, several students from both college and high school testified before the committee on Monday and shared their perspectives of what actually occurs in the classroom.

"The suggestion that universities are forcing people to learn things like critical race theory is, frankly, a blatant mischaracterization of what actually happens in classrooms," Boise State student Claire said. "And I think it's very telling that there seems to be no evidence of anything like this happening. In other words, bills like this ironically are attempts at indoctrination themselves."

"But by ignoring advances in social theory and objections to historical truths, students will be indoctrinated into a world of ignorance," Boise State Ph.D. student Nick said.

"As a student, I learn best when I'm allowed to teach myself," Boise High School sophomore Sheva said. "I love research projects and individual learning where I can go as in-depth as I want and make my own opinions about things and share my findings and my reasonings with my class. This bill restricts that learning process."

Idaho State Board of Education President Debbie Critchfield also testified on Monday, telling the committee that the board will not take a position on HB 377. However, the board will continue to advocate that learning environments are uncensored and open so students are prepared for the world beyond the classroom.

The committee passed the bill 6-3 after cutting off public testimony because members had to be on the Senate floor at 3 p.m., where it passed with a 27-8 vote.