Baker, Grant, Lake, Malheur and Sherman counties in Oregon will decide this spring if they want to move forward with moving Oregon's border. 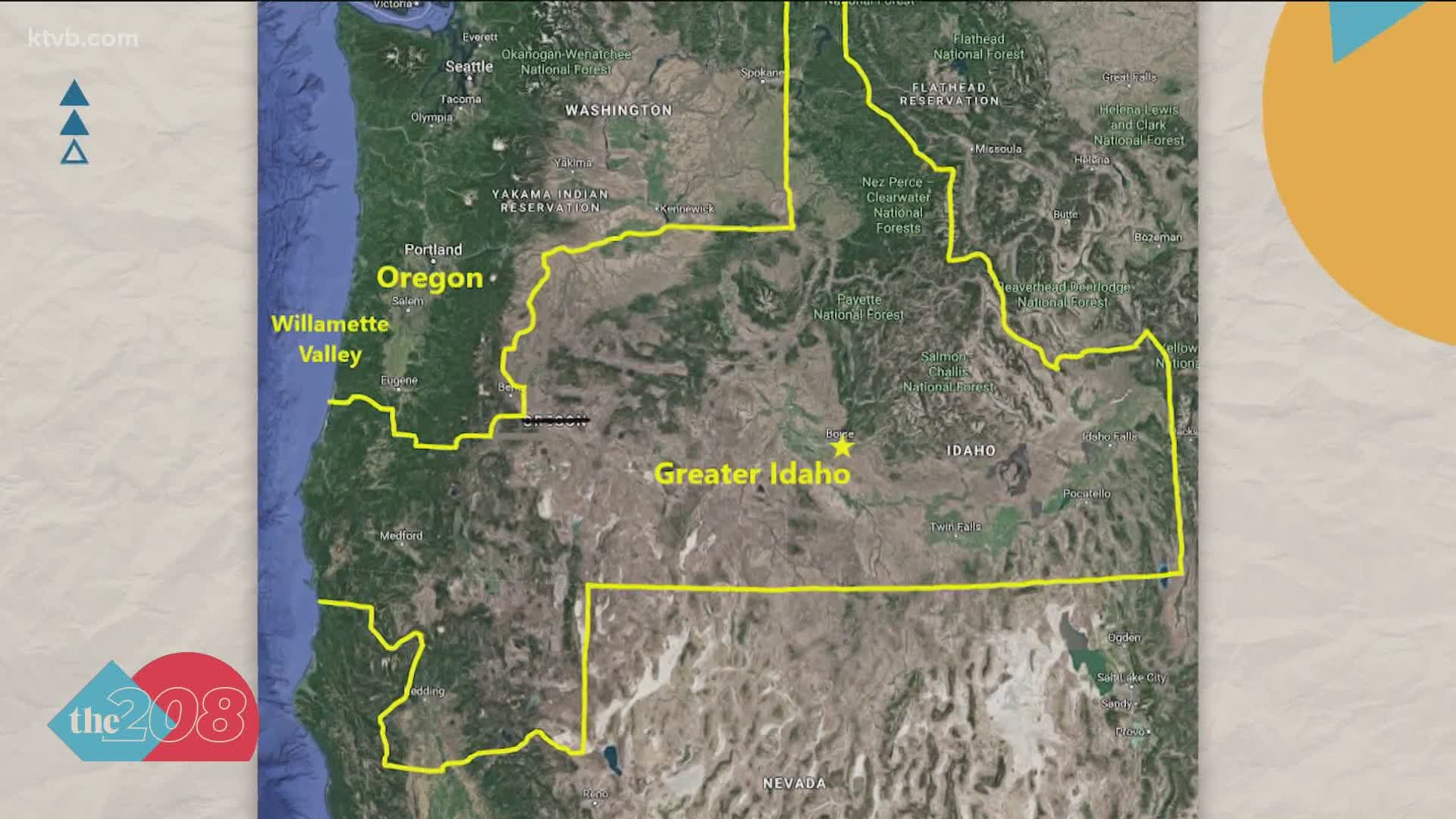 BOISE, Idaho — Since February 2020, residents of several Oregon counties have been gathering signatures to get initiatives on local ballots to vote to "move Oregon's border."

Organizers of this movement were able to collect enough signatures to get voters to say 'Yay or Nay' in four Oregon counties in November: Union and Jefferson counties voted yes while Douglas and Wallowa counties voted no.

On Sunday, organizers announced they received enough signatures to put the proposal on five more county ballots for the May election: Baker, Grant, Lake, Malheur and Sherman counties will decide this spring if they want to move forward with moving Oregon's border.

While some believe this idea is far-fetched, the sentiment has been boiling under the surface for some time, according to president of the grassroots group Mike McCarter.

"It is not a vote to secede from Oregon because a county can't do that," he said. "It's a measure that says, 'County commissioners, your citizens of your county want to see you work towards this process."

The process to get this initiative on the ballots is extensive. The next step is for the Oregon legislature to pick it up.

"If they agree that they would like to look into it, then they have to contact the Idaho legislature and start putting together or see if something will not work," McCarter said. "Then it goes to U.S. Congress for approval."

McCarter understands the chances of this measure passing are slim but said he will not be deterred in his efforts.

This plan would incorporate 19 full counties and several partial counties in Oregon. A small section of Northern California is still included in the plan as well as a sliver of Southeastern Washington.

The focus is now on Oregon because, without its support, the plan falls apart.

If a county votes in favor by a majority, the county commissioners of said county will have to meet with state representatives and senators to work toward including those counties in Idaho.

McCarter has been in contact with about a dozen Idaho legislators who are intrigued by this idea and are watching what will happen in May.

An agreement by both Oregon and Idaho legislatures is needed to move this initiative to the U.S. Congress, according to Article Four, Section Three of the Constitution.