Gov. Little's interpretation of 'absence from the state' is 'reasonable,' AG's office finds

Recent controversy over orders issued by Lt. Gov. McGeachin as acting governor, then canceled by Little, raises questions about the Idaho Constitution's intent. 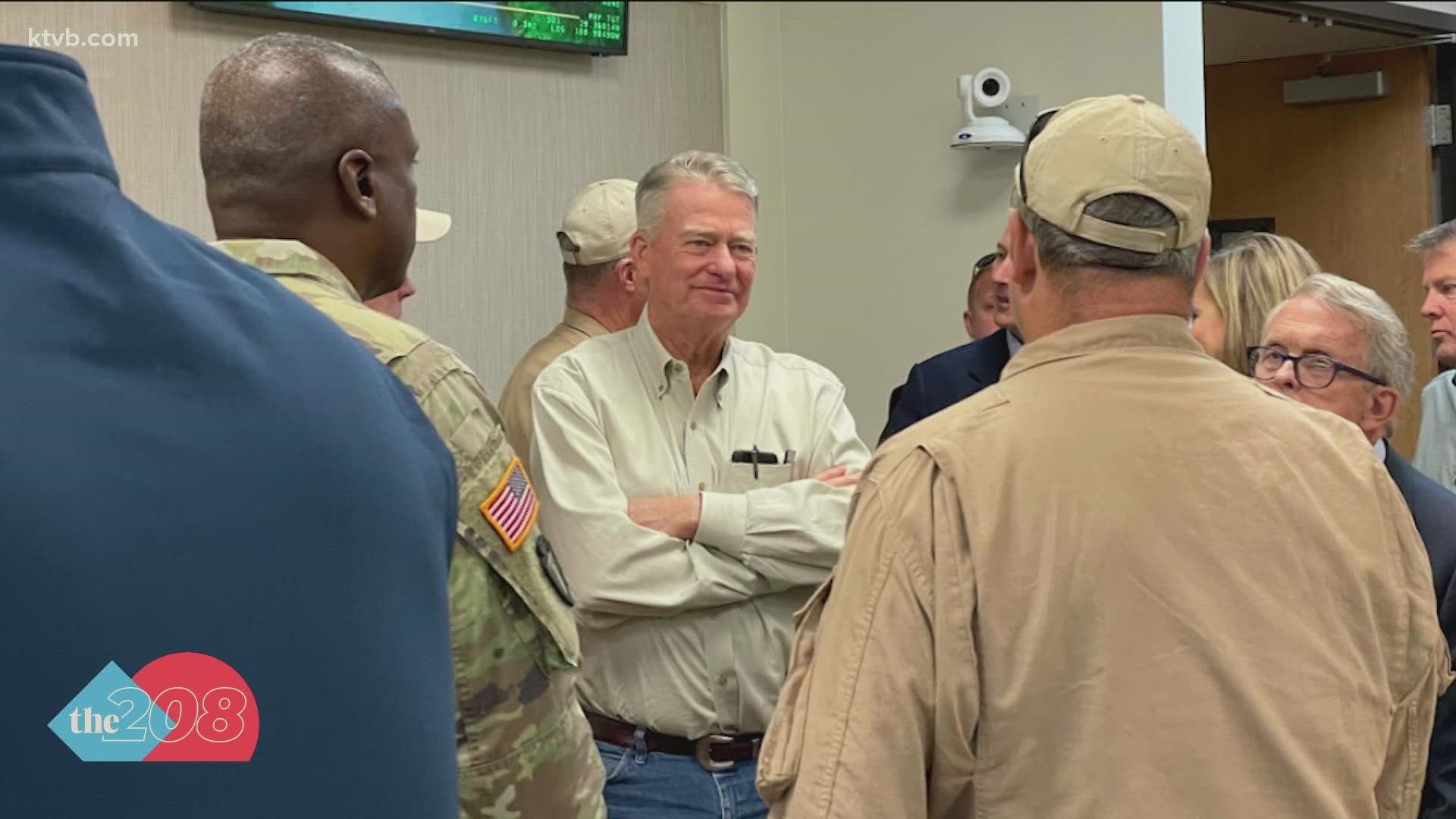 BOISE, Idaho — The Idaho Constitution plainly states that in the event of the governor's absence from the state, the "powers, duties and emoluments of the office... shall devolve upon the lieutenant governor."

Dueling executive orders issued by Lieutenant Governor Janice McGeachin as acting governor and issued by Gov. Brad Little, rescinding McGeachin's orders, however, show not everyone interprets the language of article IV, section 12 of the state constitution the same way.

Most recently, when Gov. Little was in Texas with several other governors at the US-Mexico border, Lt. Gov. McGeachin on Tuesday, October 5 signed an executive order as acting governor banning vaccine passports or mandatory COVID-19 testing at K-12 schools and universities in Idaho. The next day, Gov. Little issued an order to cancel McGeachin's order. Gov. Little was still out of the state at the time, which raised this constitutional question: does "absence from the state" mean physical absence in any case, or physical absence combined with an inability to perform the duties of governor?

In a letter Gov. Little sent to Lt. Gov. McGeachin in late July, about two months after he canceled a McGeachin order barring local governments from issuing mask mandates, Little informed McGeachin that he would be temporarily out of the state, and that his time outside of Idaho would be brief and would "not at all hinder my ability to perform any official duties as Idaho's elected governor." He went on to say that McGeachin was not authorized to act as governor during his "brief time out of state." The governor sent McGeachin a similar letter before his trip to Texas.

In saying McGeachin was not authorized to act as governor, Little relied on the understanding that the phrase "absence from the state" in the Idaho Constitution means physical absence combined with inability to perform his duties -- effective absence rather than simple physical absence.

Brady Hall, general counsel for the Office of the Governor, asked the Idaho Attorney General's office for an analysis of the state constitution as it would apply to the governor's letter. It's a close call, legally speaking, but the governor's interpretation of "absence" - effective absence - is "reasonable," Chief Deputy Attorney General Brian Kane concluded in his analysis, which Kane sent to Hall on Thursday. KTVB requested and obtained a copy of that document.

Kane notes that other states that have addressed similar language appear to be split on whether "absence from the state" means effective absence or physical absence.

Kane lays out, in detail, why it's such a close question. In short, "plain language" isn't always crystal clear.

Kane writes that it's possible, but unlikely, that the language of Article IV, section 12 could be found to clearly communicate the intent that "absence from the state" means effective absence.

"A constitutional provision is ambiguous where reasonable minds might differ or be uncertain as to its meaning," Kane writes, quoting the Idaho Supreme Court's opinion in the 2020 State v. Winkler decision. "The term 'absence from the state'... is not defined (in the constitution) nor does it have an immediately apparent meaning in that section... However, a reviewing court could look to related provisions in article IV to conclude that 'absence from the state' has a clear meaning."

Article IV, section 5 of the Idaho Constitution says the supreme executive power of the state is vested in the governor. Kane writes that a court could conclude that passage provides clarity on what the framers intended when including "absence from the state" as one of the criteria for the lieutenant governor becoming acting governor for a time.

"In simplest terms, interpreting 'absence from the state,' must necessarily include an interpretation of 'until the disability shall cease,'" Kane writes.

Another place a court might look when reviewing this issue is the dictionary, Kane writes. In addition to being the opposite of present, another definition of the word "absent" is "inattention to things present; heedlessness." That's from the 1886 edition of the Webster's Complete Dictionary of the English Language, published four years before the Idaho Constitution was adopted.

The analysis from the Idaho Attorney General's Office is not a legally binding ruling; it provides the person requesting it some guidance on how a court might rule on the question.

Here is the letter @GovernorLittle sent to @JaniceMcGeachin before his trip to Texas this week. Sounds like he was trying to get a point across… #IDPol #IDLeg pic.twitter.com/zfwZvcJFPI