Get To Know Idaho: For decades, a small 'village' in downtown Boise was home to the city's Spanish-speakers

Spanish Village "was the core, that was the nucleus of the Spanish-speaking people [in Boise]," said Centennial High School history teacher Max Delgado. 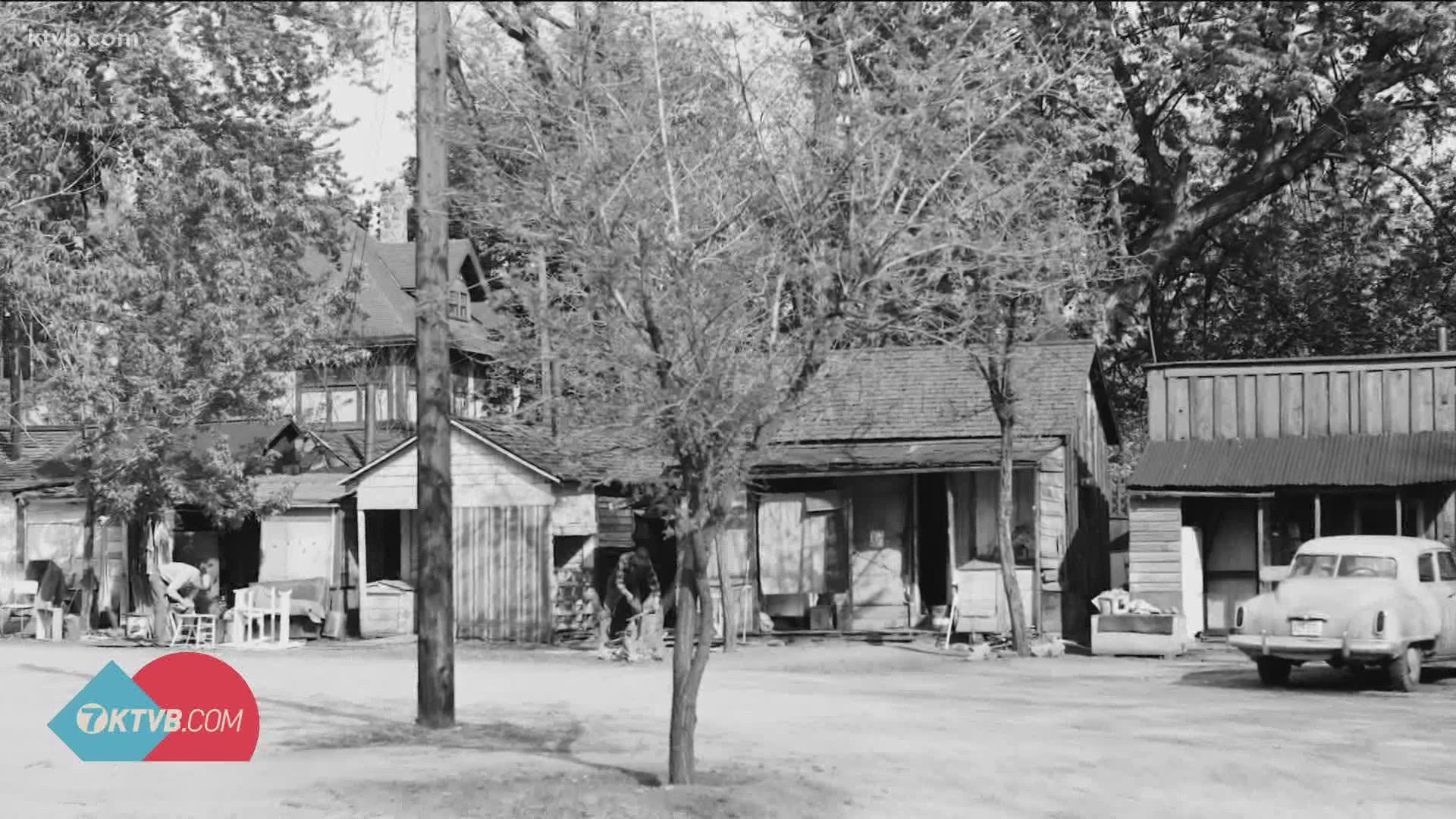 BOISE, Idaho — If you don't know where to look, driving east down Main Street in Boise, you'd likely miss the monument that marks one of the city's lesser-known biographies.

Main Street, near the intersection with 2nd Street, was once the center of an entire community - Boise's Spanish Village.

"Well it doesn't exist anymore and it hasn't existed since 1971," said Centennial High School history teacher Max Delagado, who spent a long time "following the breadcrumbs" to learn about the village when he was a student at Boise State University.

"From '73 on it was kind of the center of Spanish-speaking population there," Delgado said.

Ocampo was a local herder, tending to townfolks' livestock. When he died in 1878, he left his land and three horses to a friend, Jesus Urquides.

"And it became mostly the beginning of a logistical base for a mule packing business he had started," Delgado said.

Urquides came to Boise by way of Sonora, Mexico, through California during the Gold Rush, then over the Sierra Nevada Mountains when the same precious metal was found in the Idaho Territory in the 1860s.

"There wasn't a mining camp of any size in Idaho or even the interior West that he hadn't been to or known about," Delgado said.

And there weren't exactly roads to get to those mining camps. The most reliable form of transport at the time was mules.

Supplying Boise basin businesses, Urquides built himself quite a business and then turned to building a home base for packers. He started with a one-room cabin for his wife, then bought the back lot that abutted the Boise Canal.

He gradually added cabins over the years. By 1956, there were more than 20 tenement buildings on Urquides' homestead.

He called it his "little world." Everyone else called it Spanish Village.

"That was the core, that was the nucleus of the Spanish-speaking people there," Delgado said.

Only men were allowed to live there and they weren't allowed to drink or gamble on the premises.

The village hung on for a few more years until a fire in 1971 largely destroyed it.

Delgado says Urquides' story made him want to memorialize the man. A monument in his honor was erected at 115 West Main Street in 2013.

"Early Idaho attracted a lot of people from all over," Delgado told KTVB. "[Urquides] was the link, he was that link, that pioneer link and he was there every step of the way."