Jessi Strong, co-owner of Sofia's Greek Bistro, said a disgruntled customer left a negative review claiming the owner refused to serve her without a vaccine card. 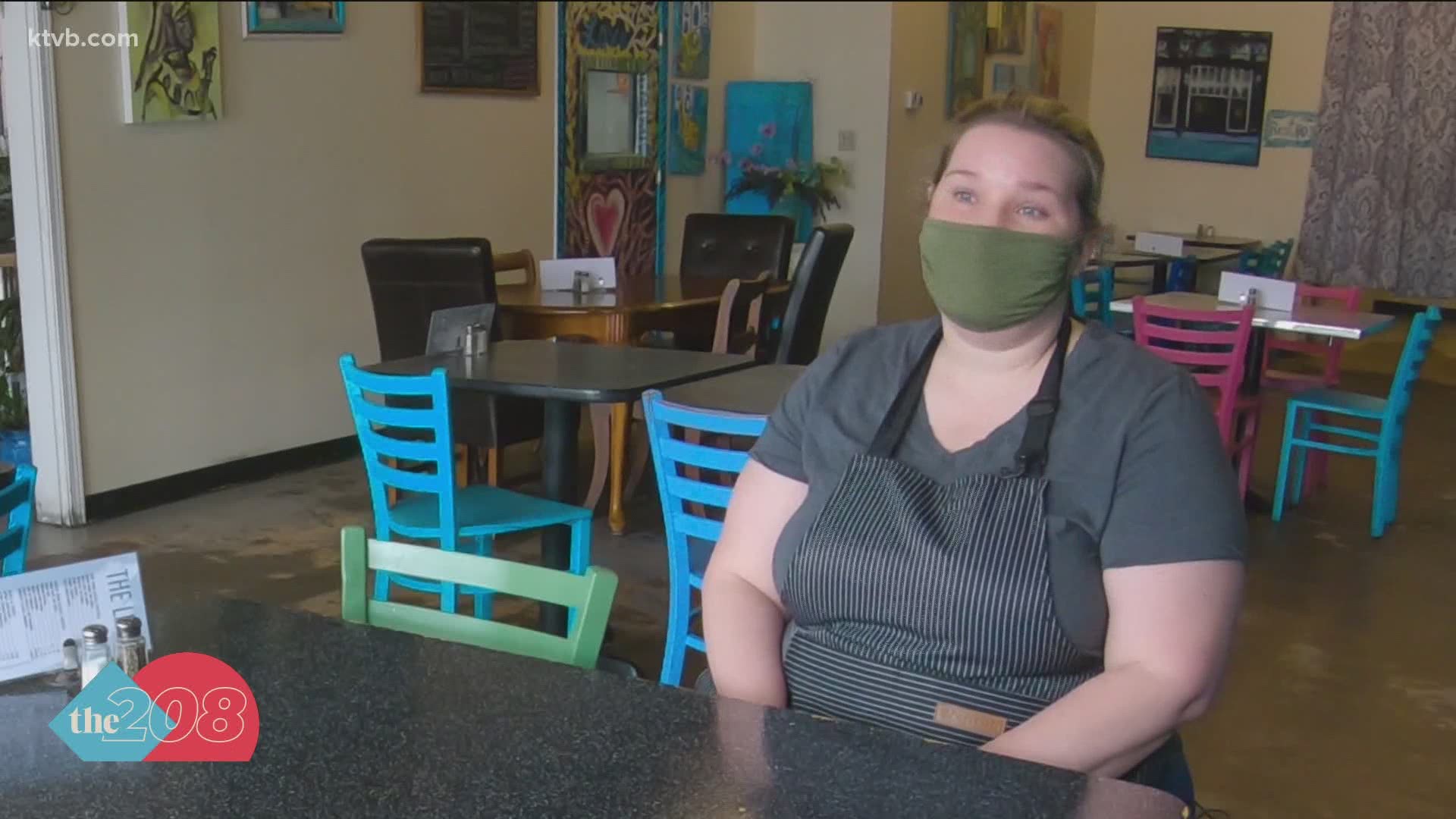 GARDEN CITY, Idaho — A greek bistro in Garden City received an extremely negative review from a woman who claimed she was refused service for not showing her vaccination card. An owner of the bistro, however, said the woman was not refused service, but left on her own after she overheard a customer being asked to wear a mask.

The last year has been difficult for many locally-owned businesses, such as Sofia's Greek Bistro in Garden City. When the COVID-19 pandemic hit in March 2020, the restaurant stepped up to provide 1,200 free lunches for children who were no longer getting fed at school.

Sofia's also managed to keep its doors open throughout the pandemic by adapting and offering more to-go options and curbside service. In addition, Sofia's has required customers to wear a face-covering while inside the restaurant.

Although Idahoans are getting the COVID-19 vaccine and daily new cases are dropping, the bistro is still requiring customers to wear a mask inside. The owners decided to continue requiring masks because the governor and mayor have both spoken out in support of this decision.

Additionally, one of Sofia's employees has a young daughter with a heart condition, putting her at high risk of developing severe symptoms.

Jessi Strong, one of the owners of Sofia's, said the new CDC guidance has brought them back to the beginning of the pandemic, reviving the fight over what businesses could require of customers.

RELATED: Yes, businesses can require unvaccinated customers to wear masks even if there are no mandates

"I mean, we've been pretty abused over the year by people who don't want to do it, you know?" she said. "Swearing at us, yelling at us, telling us they're never going to come back again."

A man came into Sofia's on Tuesday night holding a mask in his hand. He asked Strong if he was required to wear it inside since he is fully vaccinated. Because she had no way to confirm this, Strong said she would prefer if he wore a mask.

As the man was putting on the mask, another woman waiting for a to-go order chimed in.

"I realized she was saying, 'They can't make you wear that mask. It's illegal, it's a HIPAA violation," Strong recalled.

RELATED: No, most businesses won’t violate HIPAA by asking customers if they’ve been vaccinated

Strong explained to the woman that small businesses have the right to require masks. The woman then argued that the restaurant was not able to do so and threatened to cancel her order through her credit card company. Strong then decided to refund the woman.

"I was refunding it, getting her a receipt and as I was doing that she just kept going saying, 'This is ridiculous, I can't believe you're doing this. This is against the law, you guys are breaking the law. I'm going to report you,'" Strong said. "As she was leaving she said 'I'm going to give you the worst review you've ever seen.' Then as she walked out the door, she turned to the guy and said, 'You better keep that mask on or they'll spit in your food,' and it was like all these outlandish things that would never happen."

Within an hour, the review showed up on Google. The woman claimed Strong refused to serve her without a COVID-19 vaccination card

After the review appeared, Sofia's took to social media to explain why they are still requiring masks and to clear up the confusion of the false accusations.

"That's not fair and it's really hard already," Strong said. "We're a local small business and I just can't imagine wanting to attack someone in the community that way who is just doing everything they can to make sure their employees and families and everything get by."

"Sometimes you're just like, 'I'm so tired of this,' and it's just hard because it's so simple to be respectful and just show a little kindness," Strong said.

RELATED: What and who does HIPAA cover?