The stock market has seen dramatic moves as speculation on selected stocks has generated heavy conversation on social media, especially on Reddit. 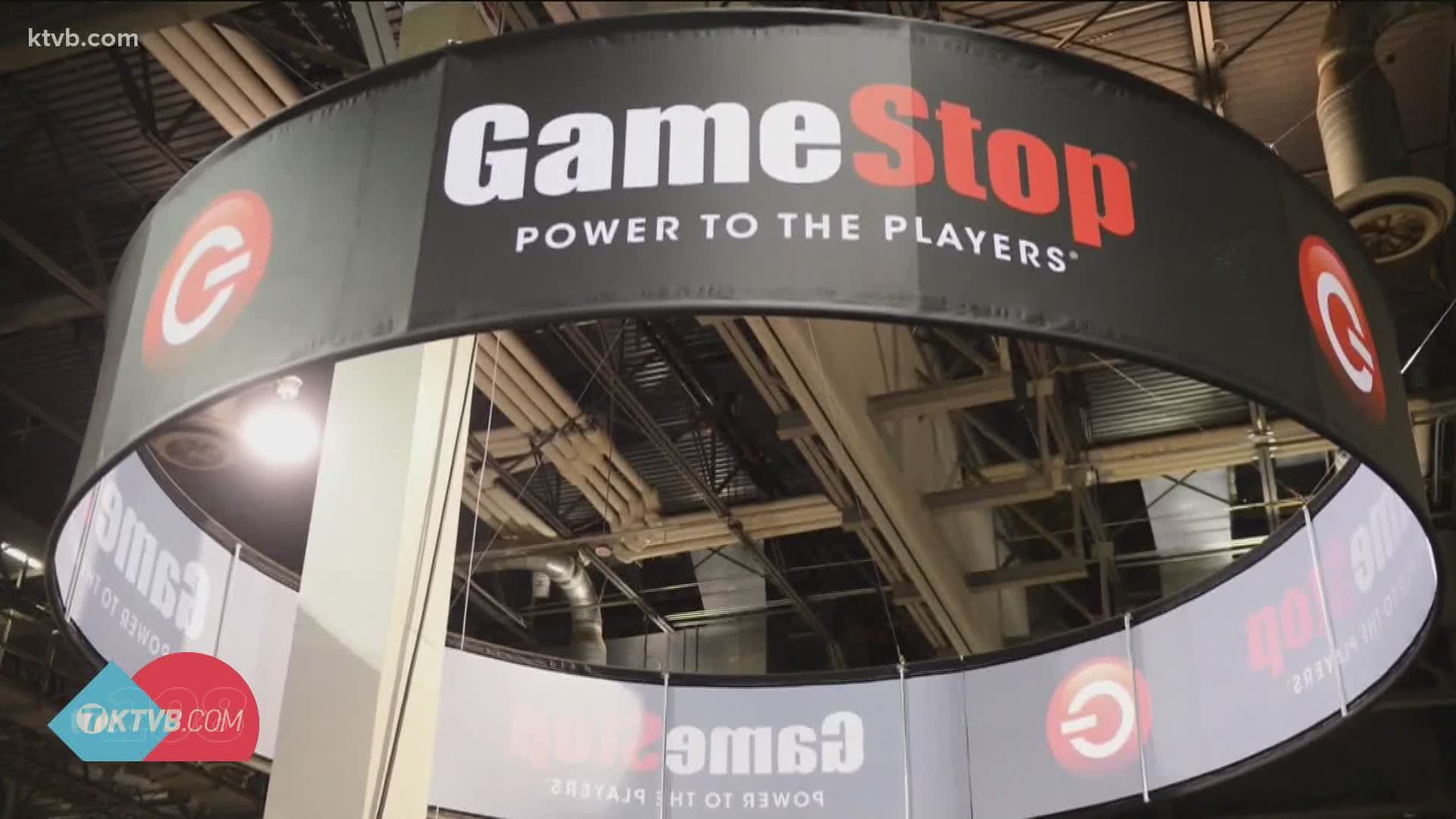 BOISE, Idaho — People looking to get into the stock market flooded onto the r/WallStreetBets Reddit page looking to get in on huge growth on stocks in the last week, with chatter on the forum helping lead GameStop's stock to skyrocket.

“When you see volatility it’s a chance to make money on the upside and the downside and that’s exactly what’s going on right now,” said Dr. Darek Nalle, Director of the Barker Capital Management and Trading Program at the University of Idaho.

Dr. Nalle leads the hands-on University of Idaho program where students learn things like trading and risk management. He and his students have watched over the last week as people new to the stock market have jumped in hoping to get a hot tip and make money.

“If someone is searching online whether it be Wall Street Bets for their next play so to speak that doesn’t sound like an investment. That sounds like speculation,” Nalle said.

That speculation led thousands of people to buy thousands of dollars worth of stock in Game Stop, AMC, Nokia, and several other publicly traded companies favored by Redditor.

But did the group from Reddit simply drive the price up by investing?

RELATED: Who are retail investors and why are they having such a huge impact on GameStop stock?

“I don’t think it’s that simple. I believe it started that way but it’s very evident from the trading what’s happening is the larger money, the trend fund followers, the algorithmic funds, that’s what’s been playing with this now. This is no longer the smaller retail investors,” Nalle said. “People saw volatility they saw this is a weak market that has potential, I don’t want to say manipulated, but potential to be moved much more quickly and to me, that’s what I see is happening.”

Professional hedge funds had short positions on GameStop stock, meaning they had an interest in seeing the stock go down. Users on r/WallStreetBets took note and rushed in mass to invest in GameStop knowing that hedge funds could only cover themselves by buying back stock to make up for their selling position, which would drive the value up.

It’s a very intricate situation that goes beyond that, but the entire thing drew attention from people new to the stock market who were hoping to jump in. May have no knowledge of the stock market and are trying to make money on free and easy-to-use apps like Robinhood.

Dr. Nalle’s students have watched this in real-time as new investors quickly took advice from forums online and put money into the market.

“There is such a huge barrier to entry in markets like this that it’s very, very hard to understand unless you’ve studied it for a long time,” said Lydia McRoberts, a portfolio manager for the Barker Capital Management Group.

Yes, people buying shares in stocks like GameStop helped the price go up but several factors at a much higher level are also in-play, which many new investors are unaware of. But, the hype of the r/WallStreetBets page was a perceived opportunity some decided to jump on anyway.

“They are making money through this community that is making these financial trades that are risky not fundamentally balanced and I think that really speaks to the reach that this community has,” said Tanner Reathaford, a senior studying finance.

Investing and gambling for instant payoff are drastically different strategies. The popular Robinhood service which many new investors were jumping on blocked users from buying stocks like GameStop that were seeing volatile movement. Dr. Nalle said this whole trend isn’t new, people have shared stock speculation for years, and he believes things will likely return to normal soon.

Services like Robinhood that altered trading abilities likely did that to help maintain market health. Users have criticized the move saying it is market manipulation and a case of the wealthy hedge funds pressuring companies to change their rules to limit losses.

“There is a saying that the market can remain irrational longer than you can remain solvent. They are trying to keep those people having a positive account so they can continue to mine the miners,” Nalle said.