Fighting cancer...two steps at a time

In nearly 30 years the LLS Firefighter Stairclimb has raised $20 million for blood cancer research. Idaho firefighters are joining the climb again this year. 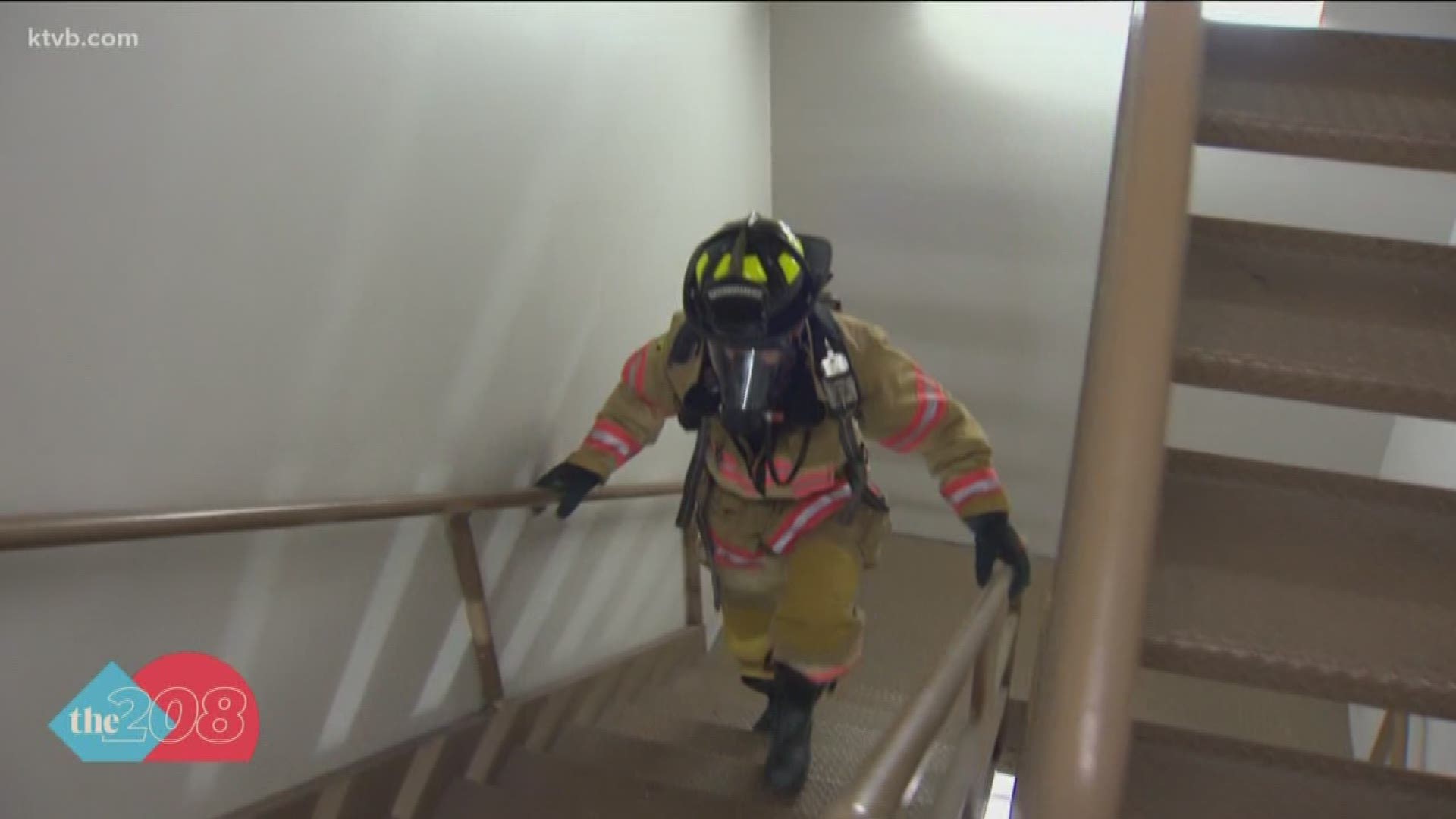 BOISE, Idaho — It's the second tallest commercial building in Boise. So how would most people get to the top floor of the US Bank Building?

Then again most people aren't Treasure Valley firefighters. Over the last month or so you would be able to find several of them, several days a week, filling up the flights of stairs getting ready for Leukemia and Lymphoma Society Firefighter Stairclimb.

The climb takes place in downtown Seattle's Columbia Center, covering 69 stories in less time than it takes most people to get ready for work

Which is why they're here taking two steps at a time in US Bank's 18-floor stairwell. It's pretty good practice even if they have to go up, and then back down in the elevator, four or five times in full gear.

"Full gear, 70 pounds," adds Hamilton, a Meridian firefighter. "It's hot, you know, it's meant to keep the fire out so it also doesn't let any of the heat out when you're climbing. So that's the worst part."

The best part is raising money for cancer research. And, once again, Idaho will be well-represented in Seattle.

This will be Hamilton's 10th year doing the climb.

"I'm not one of the fast guys or crazy in-shape guys," he says, laughing. "I'm the caboose."

His family influence helped him become a firefighter. It's also why he climbs for LLS.

"I lost my little sister when I was 12, she was nine years old," Hamilton says. "It's been a part of my life for as long as I can remember, so it's really important to me, to my family and my friends. To make things better, hopefully, for another family that doesn't have to go through it."

Almost all of them have some connection to the cause they are helping fund. So this bit of effort seems small but will hopefully lead to big results.

"I take 20 minutes to climb stairs," adds O'Connor. "It's brutal but my 20 minutes compared to what other individuals are going through, man, if I can take any of that away I'd walk through hell to do it."

For now, nearly a mile and a half of stairs will have to suffice.

The 29th LLS Firefighter Stairclimb will take place next month, March 8 in Seattle.

The firefighters do this for friendly competition but mostly for the donations and pledges.

Their goal this year is to get to $3.3 million. If you'd like to help them do that you can here.

RELATED: Firefighters around the country and Idaho gear up to raise money to cure cancer

RELATED: Aussies applaud the arrival of US firefighters

RELATED: 'As far as the eye can see is fire': Idaho firefighter travels to Australia to help with raging bushfires