Ophthalmologists are speaking out after seeing House Bill 317, which they fear could allow optometrists to do surgery they aren't properly trained for. 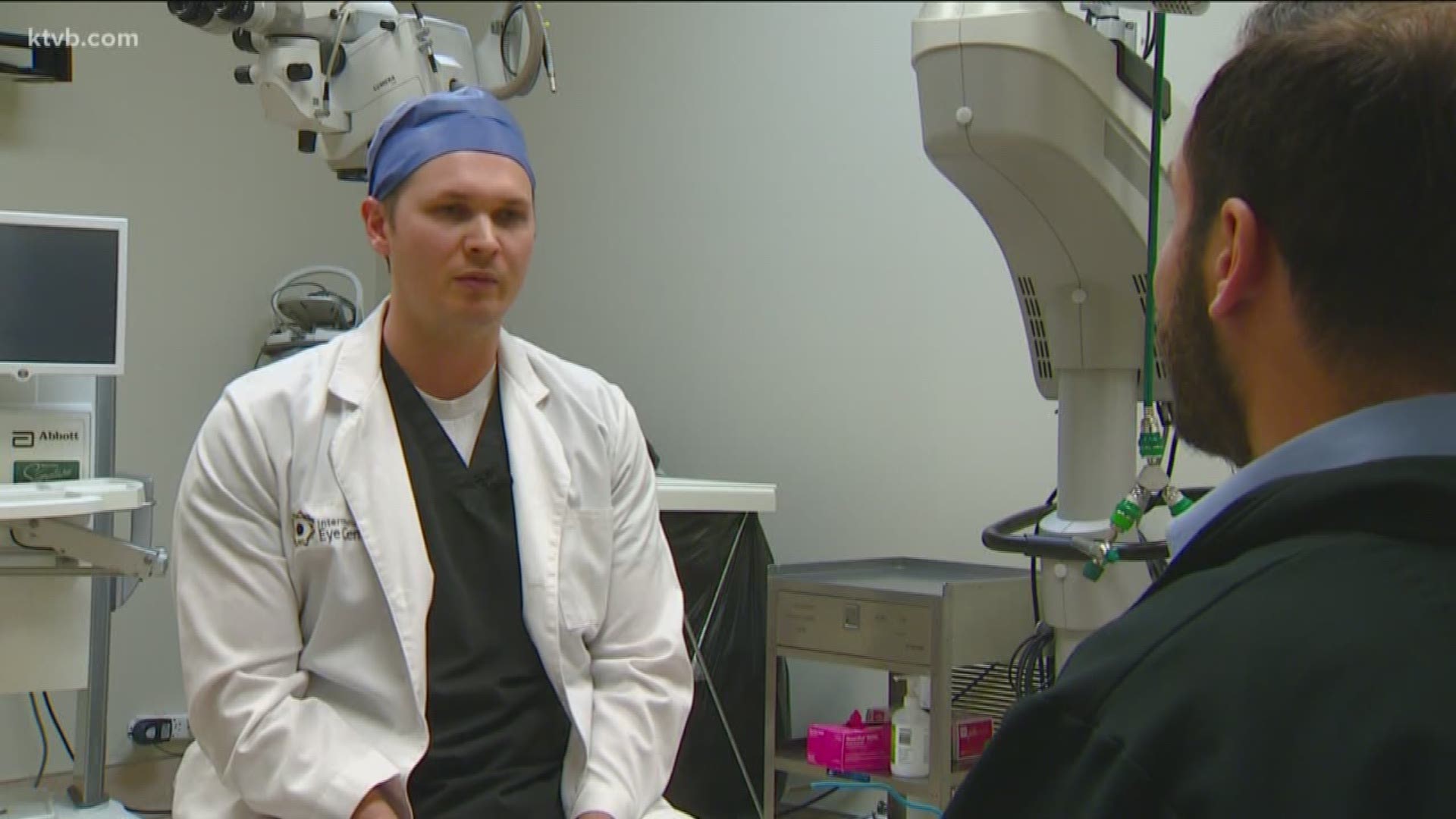 BOISE, Idaho — Do you know what type of doctor your eye doctor is?

There is some concern that a new bill in the Idaho Statehouse could allow some eyecare professionals to do things that, some argue, they aren't qualified to do.

Before we get to the controversial Idaho eye doctor legislation, let’s make sure everyone is on the same page about what type of ‘eye doctors’ there are.

There are ophthalmologists, and there are optometrists.

Optometrists are not medical doctors, but instead have specific training that deals with basic eyecare like exams and contact fitting.

Dr. Brent Betts, an ophthalmologist with Intermountain Eye Centers in Meridian, says that House Bill 317 would, in part, allow optometrists to perform laser and scalpel surgeries that they haven't been properly trained to do.

His biggest concern is the difference in education level between ophthalmologists and optometrists.

"We spend an average of 12,000 hours in our four years dedicated to the disease management of eye conditions and that is something that is hard to replicate in a weekend course, which is typically what's required for optometrists in other states to acquire surgical privileges," Betts said, adding that only a small minority of states allow optometrists to perform surgery.

RELATED: Lawmakers use personal bills to get issues discussed in the Idaho Legislature

House Bill 317, brought to the House Health and Welfare committee by Kelley Packer with the Bureau of Occupational Licenses, acknowledges that there are several procedures that optometrists should not do.

"Were happy with those parts of the bill, but the open-ended nature of it concerns us," Betts said, noting that the bill leaves room for optometrists in Idaho to do things they really shouldn't without training.

The bill outlines qualifications to use therapeutic lasers as an optometrist, but those requirements are far less than medical school and residency training.

The bill could make it possible for an optometrist to study and pass a therapeutic lasers test so they could do certain procedures, but again, Betts says there is a huge difference between being able to pass a test and going through medical school and getting all the proper training.

"It's just recognizing things that you see, when you do surgery you see complications you can recognize when things are going wrong," he said. "If you don't do surgery it's harder to recognize things you've never seen before."

Although some may argue that certain eye surgeries are routine and not overly extensive, Dr. Betts says it doesn't mean people who aren't properly trained to do them, should.

"There are some really serious, potentially blinding complications, if they aren't addressed and recognized early enough, patients can have permanent blindness," Betts said.

KTVB reached out to Kelley Packer, who presented the bill, for comment. She did not immediately return KTVB’s calls.

RELATED: Boise senator introduces bill to decriminalize some drugs: 'We need to get a discussion started because what we're doing is not working'