"The solutions are simple. They are not an invasion of freedom and, at worst, they are an inconvenience," St. Luke's chief medical officer Dr. James Souza said. 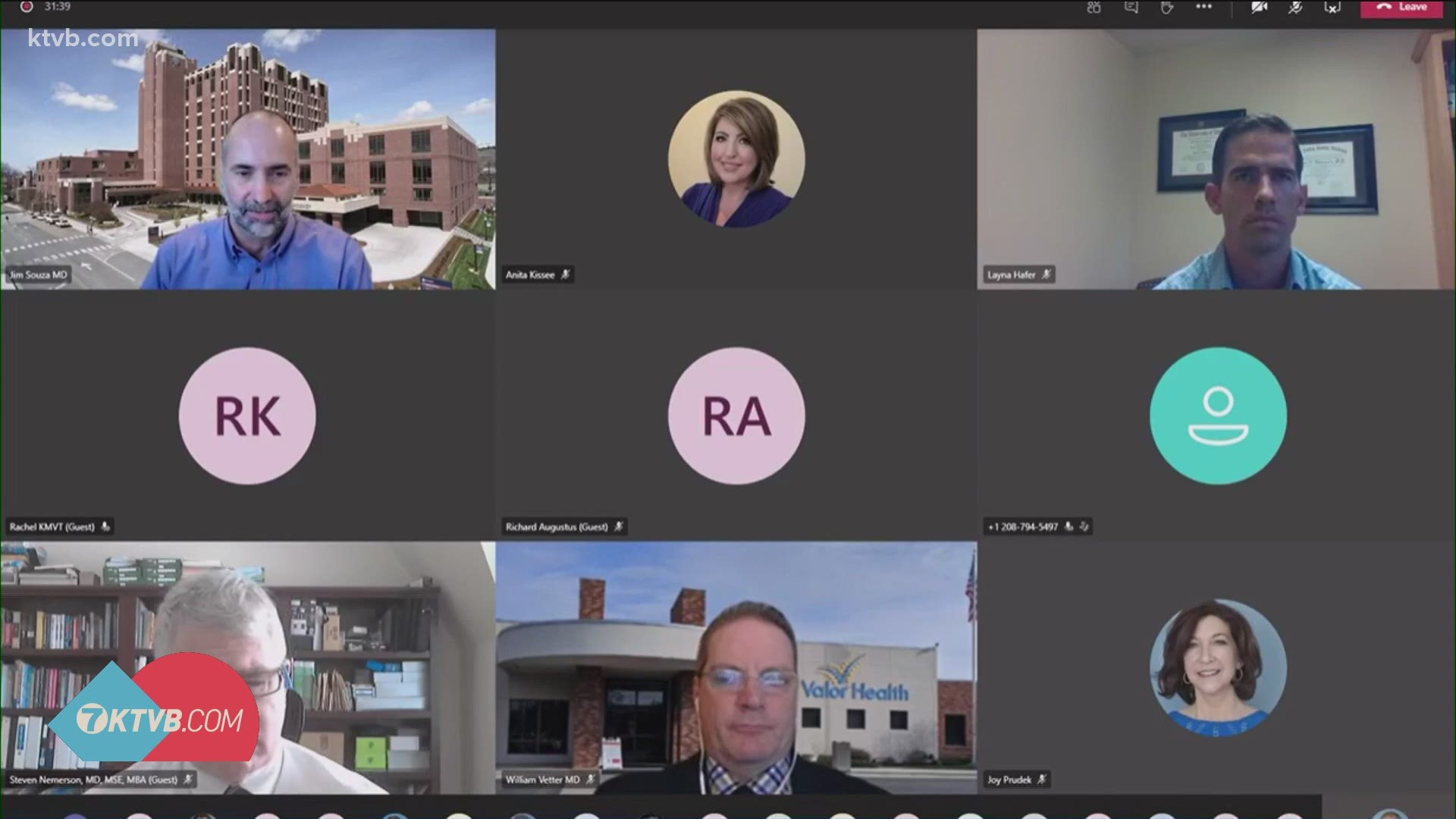 "When we have so many people sickened by this in our community right now, and we have people dying from this pandemic inside our buildings right now, the notion that a public health district would give a platform to two known conspiracy theorists to share their non-patriotic narrative is just unbelievable," Souza said. "If science should have any quarter at this time, it should be there."

The board opened the floor to four local doctors from nearby hospitals. Two of them, Dr. Sky Blue and Dr. Michaela Shulte, work at St. Luke's. The other two, Dr. Vicki Wooll and Dr. Michael Karlfeldt, do not.

During the meeting, Wooll and Karlfeldt made statements contradictory to those of the other health care professionals present. Their testimonies ranged from vitamin deficiency and the use of hydroxychloroquine to the ongoing debate on the effectiveness of masks.

The pair offered a perspective from the other side of the COVID-19 argument, which is why the health district allowed testimony of this nature to be made, according to SWDH board member and Canyon County Commissioner Tom Dale.

"The thing I was impressed with today is that we gave an opportunity for people who don't necessarily agree with some of the things that are coming down from our area hospitals," he said. "I think our chairman and the board wanted to give an opportunity for that so that we're not being accused of trying to hide differing opinions from the public. We want people to see what's out there."

Souza argued that allowing testimony from, what he referred to as "the toxic minority", could be harmful to the public's understanding of the pandemic. These ideas, however, exist far and wide beyond the board meetings.

"I'm not sure how much of a minority it is. I read through 94 comments that came on our website yesterday and probably 80% of them are people who have allowed themselves to become angry because they're thinking that we're going to take away their civil rights and their Constitutional rights and force them into doing all this stuff," Dale said. "My message is that the health districts aren't in the business of forcing criminal activity on people. That's not what we do and that's not what this district is about."

Since the pandemic began in March, Idahoans have offered up different theories and opinions surrounding the pandemic, its severity and the science around it. Despite this, there is a desire among health districts to allow all thoughts to be aired, according to Dale.

"If we don't do that kind of stuff, then we get accused of being the other thing, that we're censoring people and we're not allowing the whole story to come out," he said. "It's hard to say, no, we're not going to let this person speak."

Ultimately, giving all available information to the public is a top priority of SWDH.

"In my opinion, what [Dr. Souza and the others] gave, they gave their opinions," Dale said. "They gave a few points of data and their interpretation of that data and it differs from other folks and the purpose was to allow them to have a voice to speak and not restrict them, that was the purpose."

Dale did not comment on who asked to hear from medical doctors or his personal beliefs surrounding the pandemic but did say the disease itself is serious.

While he fully supports a private business installing stricter guidelines for protection protocol, he also believes it's not a health district, or even a county commission's job, to mandate the wearing of masks.

Souza, however, disagreed with Dale's statement.

"I'd like to know when we're going to stop giving oxygen to those who are trying to say this is either a hoax or no big deal, that there's an effort to take away their freedom, that there is an either-or choice," he said during the meeting. "Either we ignore the virus or we ruin our economy. That is complete B.S. There is a clear "and" here, and those of us who work in health care have been proving it from the beginning. Our lights are on, our facilities are jammed to the gills, and our people are not acquiring this at work. We are proof that there is an "and." That when you take care of the public safety, you take care of your capacity for care and you take care of the economic vitality of our communities. The solutions are simple, they are not an invasion of freedom and, at worst, they are an inconvenience. The morbidities are piling up and the mortality is pilling up and it is time for the quiet majority to take back this conversation."