'Don't be a Guberif': 70 years ago, Idaho's attention-grabbing wildfire prevention campaign was born

"It seemed to work because a lot of people would hear the name and go, 'what is that?'" 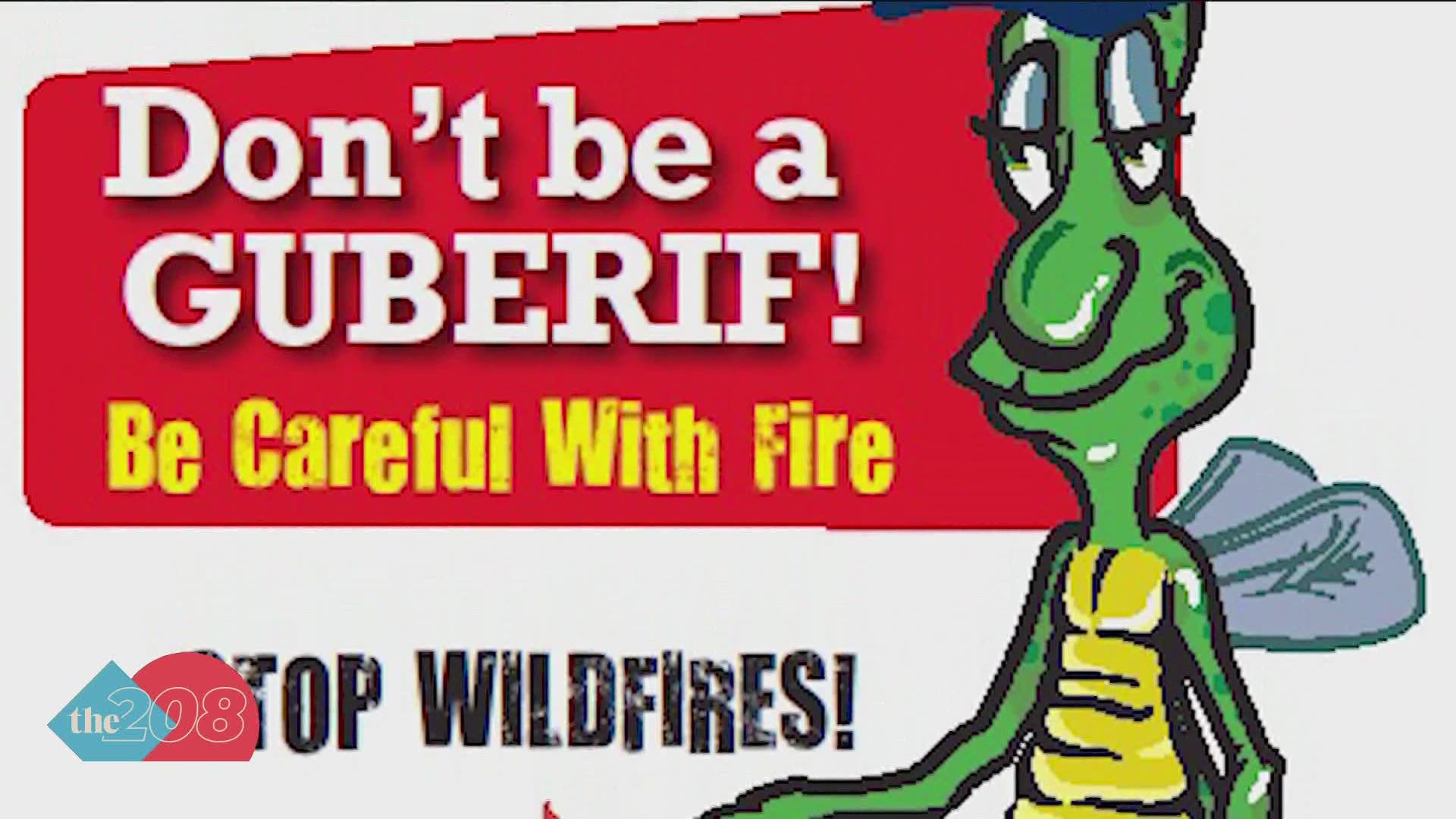 BOISE, Idaho — Idaho has certainly made some significant contributions to culture and innovation, from the Pulaski firefighting tool, the chairlift, and perhaps, television.

About 70 years ago, there was a probably less-popular Idaho creation that has been the cause of so many questions.

"50 years ago, I visited Idaho and noticed something printed on the road," a viewer said. "'Don't be a Guberif': what is that?"

Unless you're a real old-time Idahoan, you may not know the answer.

Guberif definitely sounds like gibberish, and it kind of is. But it's nonsense that makes perfect sense.

Scott Philips from the Idaho Department of Lands said backward is how we get to the bottom of the Guberif's beginning.

"The Guberif came about really in response to an epidemic of forest fires in the early to mid-1940s across the pacific northwest," Phillips said.

In 1946, Idaho jumped in on the Keep Green Program but wanted to set itself apart from other states involved in the program.

The Guberif started out as a cartoon campaign created by Richard Trzuskowski, who decided on Firebug, but to be read in reverse.

"Backwards is really interesting because when you think about other characters who came on the scene in the 40s and 50s to prevent forest fires, particularly Smokey Bear, Smokey led by example; the Guberif did not," Phillips said. "He showed people what you should not do in the forest which was smoking, leaving campfires unattended and fireworks."

The reaction to the Guberif was equally split: people either loved him or hated him.

"But it seemed to work because a lot of people would hear the name and go, 'what is that?'" Philips said. "It did, in fact, it worked so well that 70 years after his debut we're still talking about the Guberif."

Shortly after his inception, the Guberif was posted on nearly 100,000 postcards and painted on 300 places across Idaho's paved roads. The paintings only recently went away.

"The last remaining remnant of that roadway messaging that I can find would have been up near Heyburn State Park at the entrance, but that was paved over a couple of years ago, unfortunately," Philips said.

Forest fires certainly aren't going anywhere. However, there may be a small chance of the Guberif making a comeback.

"I did talk to some of our guys in the fire program and found out there still may be a six-foot-tall template for lettering," Philips said. "So we may never know about these things."