Did You Know? The legend of the Bogus Basin Road trolls

When driving up to Bogus Basin, you may notice drivers quickly opening and closing their car doors while going over a cattle grate. The reason why? Trolls. 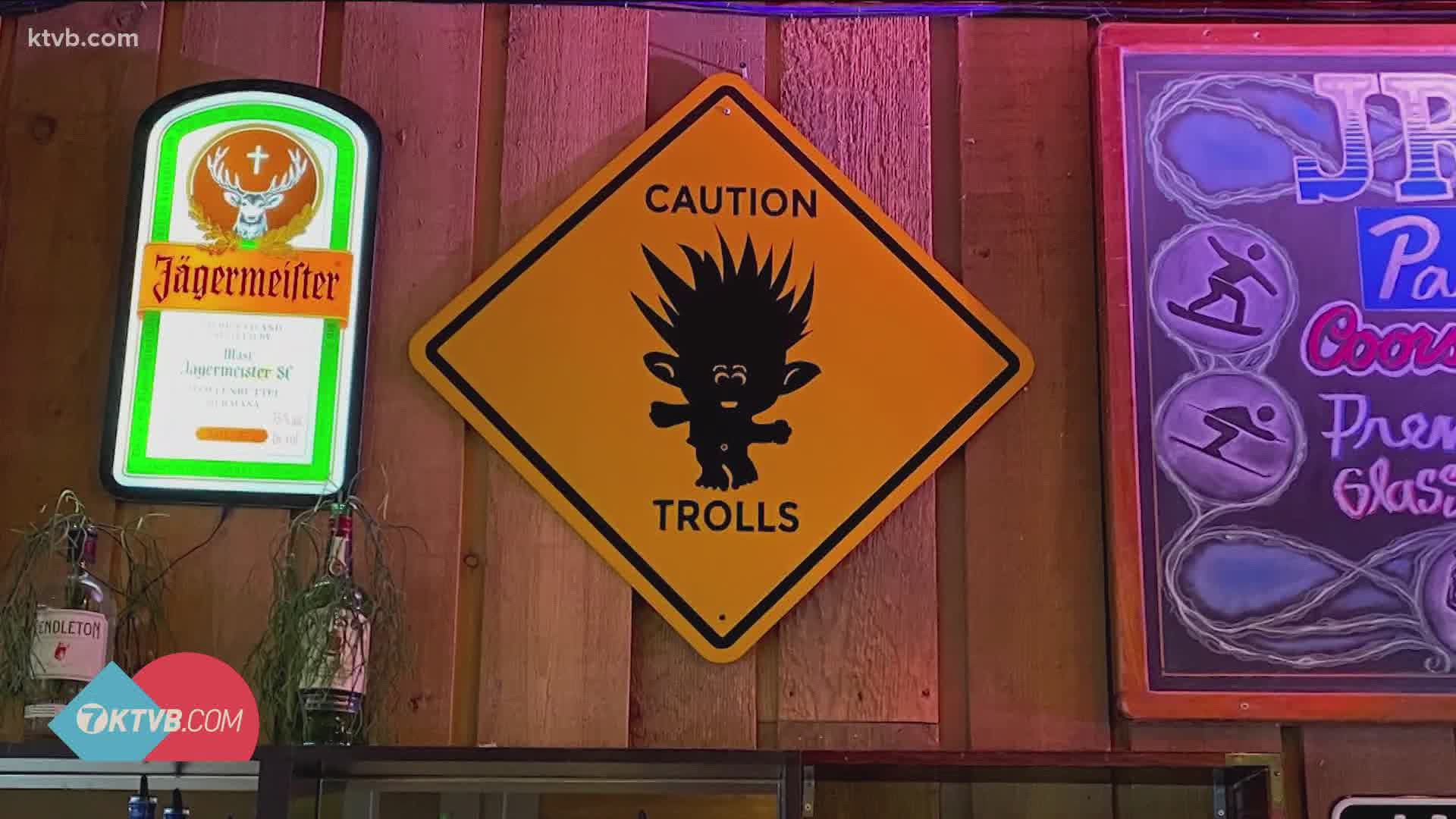 BOISE, Idaho — Bogus Basin is preparing for new snowfall on Tuesday night and could see as much as one foot of fresh powder. Skiers and boarders are preparing for the much-anticipated snow and getting ready to hit the slopes.

You may think a day at Bogus Basin truly begins once you sit on the ski lift and prepare for the ride up, or maybe when you click into your skis or snowboard.

A day at the mountain, however, starts during the drive.

As you head up Bogus Basin Road toward the mountain, you may notice drivers doing something strange on the way up: quickly opening and closing their doors. You may notice it about four miles up, where the asphalt is accentuated by an acoustic cattle grate.

This isn't just because skiers are famously superstitious. That superstition is warranted by an old tale of what supposedly lives under that cattle grate: the troll.

The trolls are celebrated with an eclectic collection at the grate and a sign behind the Simplot Lodge bar. However, their origin story is rather elusive.

Some believe it started as snow snakes that you would lift your feet to avoid. Somewhere down the line, the myth evolved into trolls.

Avoiding this tradition and the trolls is done at your own risk, according to Keyes. Skiers are supposed to open their car doors to let the trolls in and give them a ride up to the lodge. In doing so, legend has it, they'll be guaranteed a good day on the slopes.

"I've heard it that you let the troll in cause he's good luck on the way up," Greg Keyes, manager of Bogus Basin Pioneer Lodge said. "So when you ski, then the snow will be good. The trolls make the snow good."

And if you don't?

Some believe the weather conditions will change. Others believe the slopes will get icy and more bumps will form in the road. Plenty of Bogus Basin regulars have never crossed the cattle grate without welcoming the trolls to join them.

"Maybe you didn't do it one day, maybe you forgot to and you had a really bad day. You wrecked hard or you got hurt, I don't know," Keyes said. "If you don't do it or you don't know about it, somebody's going to be in front of you and all of sudden they open their door and you're like, 'What the heck is that?'"

While there's no clear indication of how this urban legend started, it's easy to see why it keeps going. Kind of like that family time on the hill, it's another way of opening and closing the generation gap on the way up the hill.

Unfortunately, like most everything, what goes up must also come down.

"When you cross that cattle guard, you open the door and you let them out so they can have a good night's rest," a Bogus Basin skiier said.