Did You Know? Not smiling in Pocatello could have landed you in jail

A citywide ordinance passed in the 1940s in Pocatello criminalized frowning, pouting, or any facial expression other than smiling. 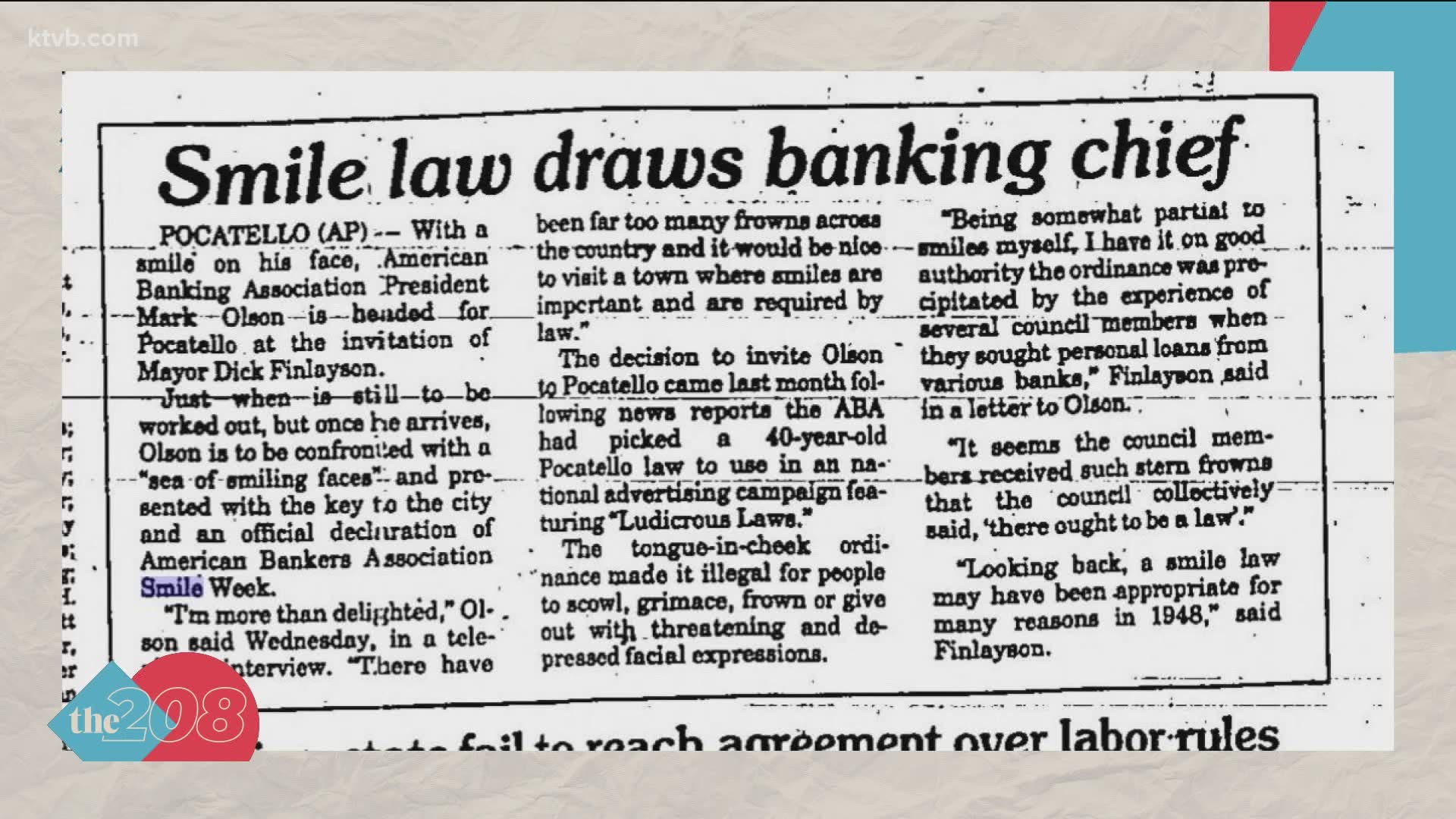 Did you know Pocatello was once named the smile capital of the United States?

According to one city ordinance, it is illegal to frown, grimace, scowl, or have any other facial expression that reflects unfavorably upon the residents of Pocatello.

In 1948, eastern Idaho residents experienced a rather difficult winter with 13 consecutive weeks of snowstorms, high winds, and below-freezing temperatures.

At that time, the spirits of residents were understandably dampened.

In an attempt to revive residents' happiness, then-mayor George Philips passed a "tongue in cheek" ordinance, making it a crime not to smile within the city limits of Pocatello.

According to the law, if convicted, felons (you read that right, felons) were required to go to the nearest Smileage Station and surrender a sufficient amount of smiles or grins to match their offense.

This ordinance was unintentionally kept in place for nearly 40 years. It was not until 1987 that it was rediscovered by city staff and a local reporter who wrote about it in the Idaho State Journal.

The American Bankers Association caught wind of the Journal's article and decided to use it as part of its national advertising campaign. The law was ultimately used in an attempt to modernize banking laws by proving to Congress that outdated laws still existed.