Dell Mangum was making his way along the 456-mile route at three miles per hour. 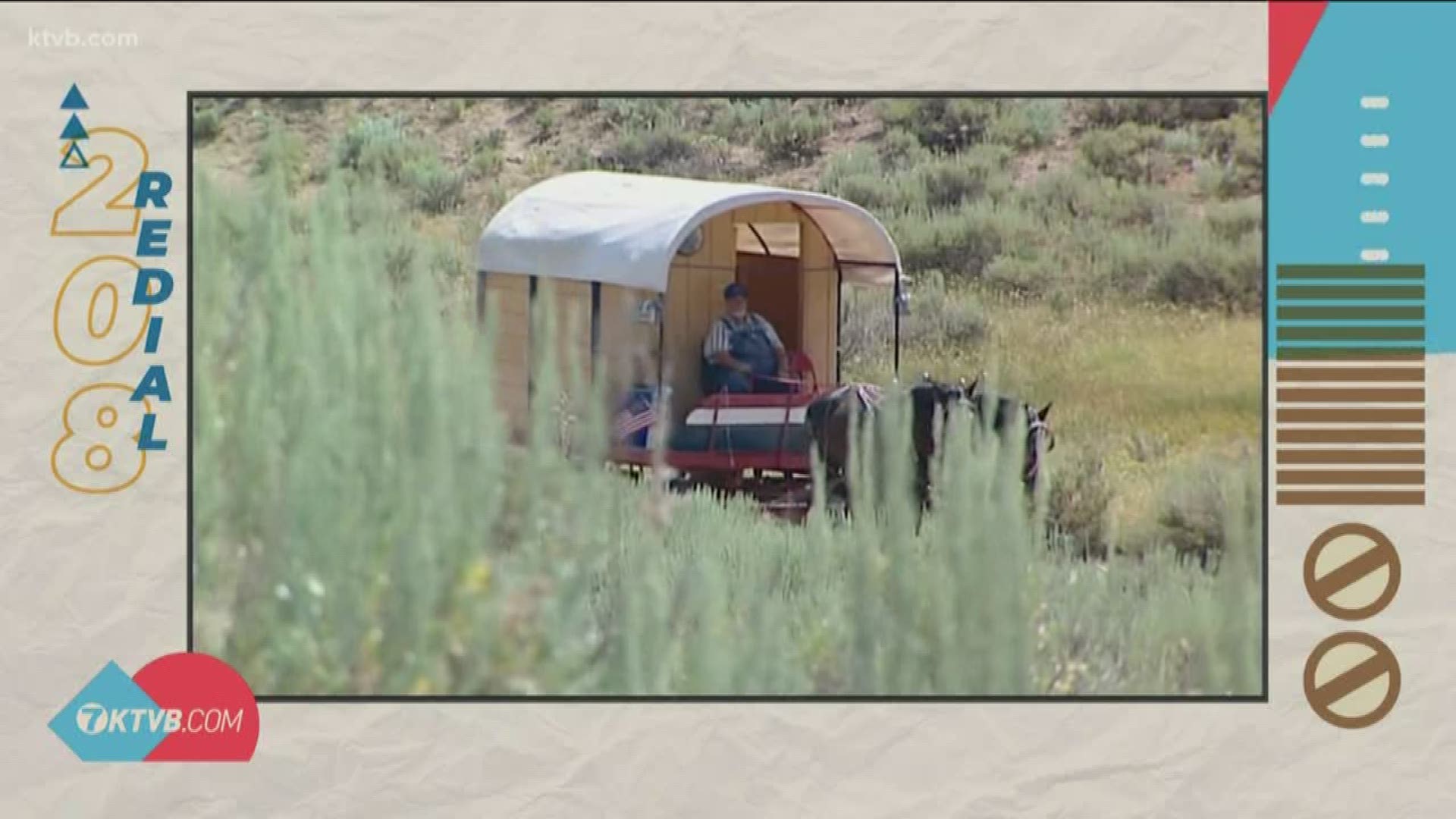 BOISE, Idaho — We like to take a peek into Idaho history here on the 208.

And as you know, Idaho's history has a lot to do with the Oregon Trail.

It ran right through Boise thanks to a little detour called the Jeffrey-Goodale cutoff.

About 12 years ago, one man from Blackfoot decided to retrace those wagon ruts from Montpelier to Nampa.

Dell Mangum harnesses his horses Nick and Tina Turner. getting ready for another day on the Oregon Trail.

He started way back on July 9th with five other wagons in the eastern Idaho town of Montpelier headed for Nampa along the Jeffrey-Goodale Cutoff.

But he's now spent a week and a half alone, kept company by the sounds of his own voice, the clopping and clinking of the horses and their harnesses, and the creaking of his wagon.

"I did get a taste of the lonelys," said Dell Mangum.

Rolling alone through a rolling landscape that's changed little since the pioneers passed through gives a man time to think and reflect.

"What went through their minds 150 years ago as they came up over a rise and saw in the distance another whole set of mountains," said Mangum.

"My hat is definitely off to the pioneers," he said.

Mangum is following the Jeffrey-Goodale Cutoff to raise awareness for this northern spur off the main Oregon Trail. A route he says the pioneers took to avoid confrontations with Native Americans.

"After two or three wagon trains were attacked over along the Snake River people were looking for an alternate route," said Mangum.

Mangum's goal is to retrace the trail as closely as possible, not recreate the pioneer experience.

"I have a cell phone and a computer, a bed in the back and rubber tires on the bottom," said Mangum. "Don't think I could manage thousands of miles with them steel wheels and no springs. I'm just not tough enough to have been a pioneer."

But he is tough enough to complete the 456 miles to Nampa, three miles an hour the whole way down the dusty trail.

"When I get to Nampa, I can say that I did this," exclaimed Mangum.

RELATED: The story of the Seven Devils Mountains as told by the Nez Perce Tribe