On March 2, 1999, in the third season of The Daily Show, Carell went to Crouch, Idaho to find Elvis. Maybe not the Elvis, but Elvis the Elk. 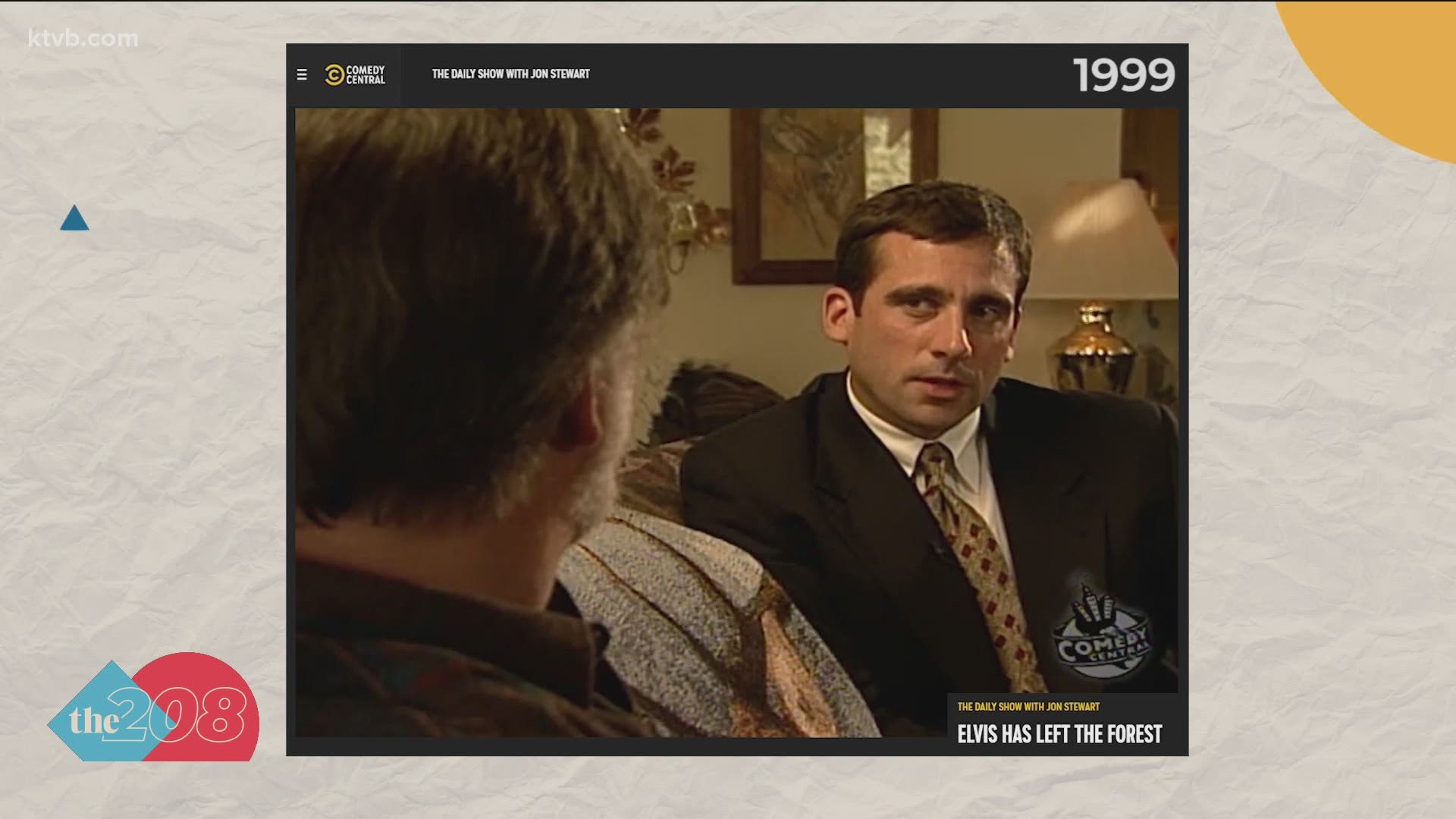 CROUCH, Idaho — Before Prison Mike fought off Dementors and before he was a regional manager for Dunder Mifflin, Steve Carell was on The Daily Show with Jon Stewart in the waning years of the 20th century, when everyone was sure Y2K would meltdown the world's computers.

On March 2, 1999, in the third season of The Daily Show and first season with Jon Stewart, Carell went to Crouch, Idaho to find Elvis. Maybe not the Elvis, but Elvis the Elk. This Elvis from Idaho generated national headlines for how friendly he was to everyone in town.

During his trip to the Gem State for The Daily Show, Steve Carell spoke with Elvis the Elk's favorite human, Larry Jones.

More than 20 years since Elvis started wandering Jones' yard, he told KTVB that he believes Elvis came with a pious purpose. Jones explained that he was a minister in McCall in the late 1970s through the 80s and Elvis got him back into ministry.

Jones said that he used to have about 100 people in his ministry back then but he's been traveling for the last 17 years to nearly every state. In that time, he said he has done probably about 1,500 presentations, sold 13,000 books and 50,000 videos. He's likely brought his ministry to a few more people with just his Elvis the Elk story.

Editor's Note: Watch the video above for the full story.