A private airstrip on private property has created major debate. Some argue it is illegal. Others say they see no problem with it. 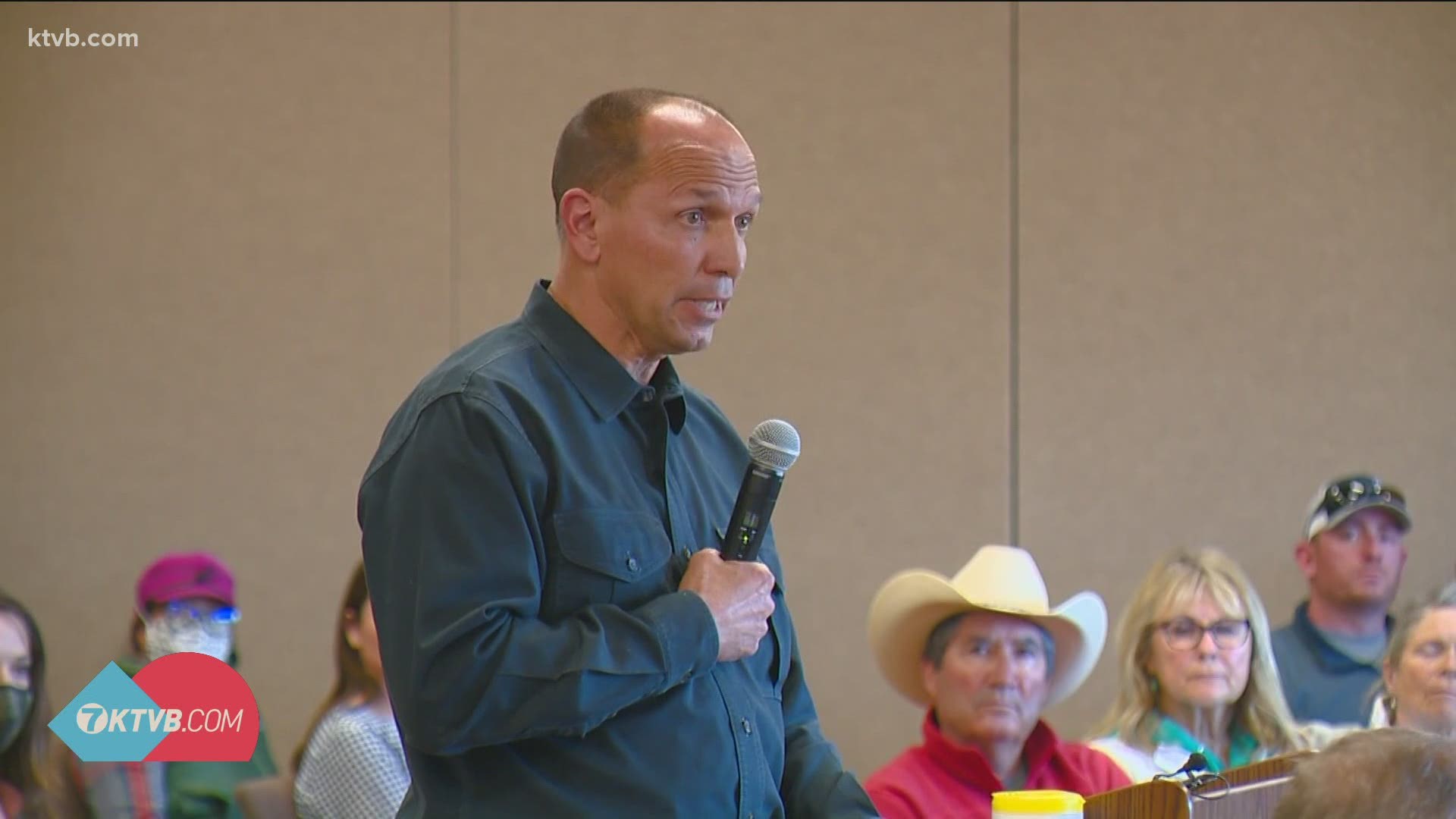 BOISE, Idaho — In front of the Custer County Planning and Zoning Commission Thursday evening, Michael Boren said he wanted to clear up misinformation about why he is looking for a conditional use permit for an airstrip. He fully acknowledges he has been flying in and out of his property located on the west side of Highway 75 between the Sawtooth Mountains.

Boren says he uses his aircraft as a part of his ranching operation and to get to and from his property, he says much like other Idaho ranchers.

“I’m fully aware that people can have a ranch and do a really good job with it without having to use aircraft, but I am not one of those people. The way I do it, I need them,” Boren said.

Boren says he hears the criticism that he is looking for a permit retroactively to fly in and out of his property.

“And that is not true. We looked at the regulations, we didn’t consider ourselves to be a public service facility, which is where an airport that needs a permit falls in the zoning ordinance and so we didn’t apply, and we certainly didn’t try to hide anything out there in the middle of the valley,” Boren said.

So, because the landing site was only used for private use Boren says he doesn’t believe he is breaking regulations. The permit he is looking for is so that the landing site could be recognized officially and potentially used by first responders in an emergency. He says he had the idea after seeing a bad crash near his property.

“It would be open to somebody who lost an engine or had a serious problem in the air or to emergency medical services or to firefighters, that’s all,” Boren said.

There have been questions about if the airstrip fell within the scenic easement on the property. Boren believes he is well within those requirements and says he has worked to make sure the environmental impact from his airstrip and property in general have been positive.

“A lot of those letters that you read said that I’m not but as far as I’m concerned, and I truly believe this, I’ve read your regulations and I’m not a public service facility. I’m in compliance,” Boren said.

Hypothetically a study could be done to determine if Boren’s airstrip and buildings on his property violated the easement which is meant to "protect the natural, scenic, historical, pastoral and fish and wildlife values, and to prevent any development that would tend to mar or detract from that." Boren says as far as the three structures on the property, he did it the right way.

“We have those three buildings and three building permits, and we followed all the rules and we are people that follow the rules, believe it or not and you wouldn’t believe that from some of the letters, but it’s true,” Boren said.

Boren adds that if the permit is granted nothing will change, except for the possibility that his landing site could be used in an emergency by others.

“There would be no construction, no construction of anything," Boren said. "It would just be designating it as an airstrip and telling the FAA the details of where it was, exactly where it was. How long it was, how rough the surface is, those sorts of things.”

The Custer County Planning and Zoning Commission did not make any decisions Thursday and will meet again to take up the issue on May 6.