The councilmember said its his fear that "vaccine passports," which Gov. Little banned on the state level, would "become the new segregation." 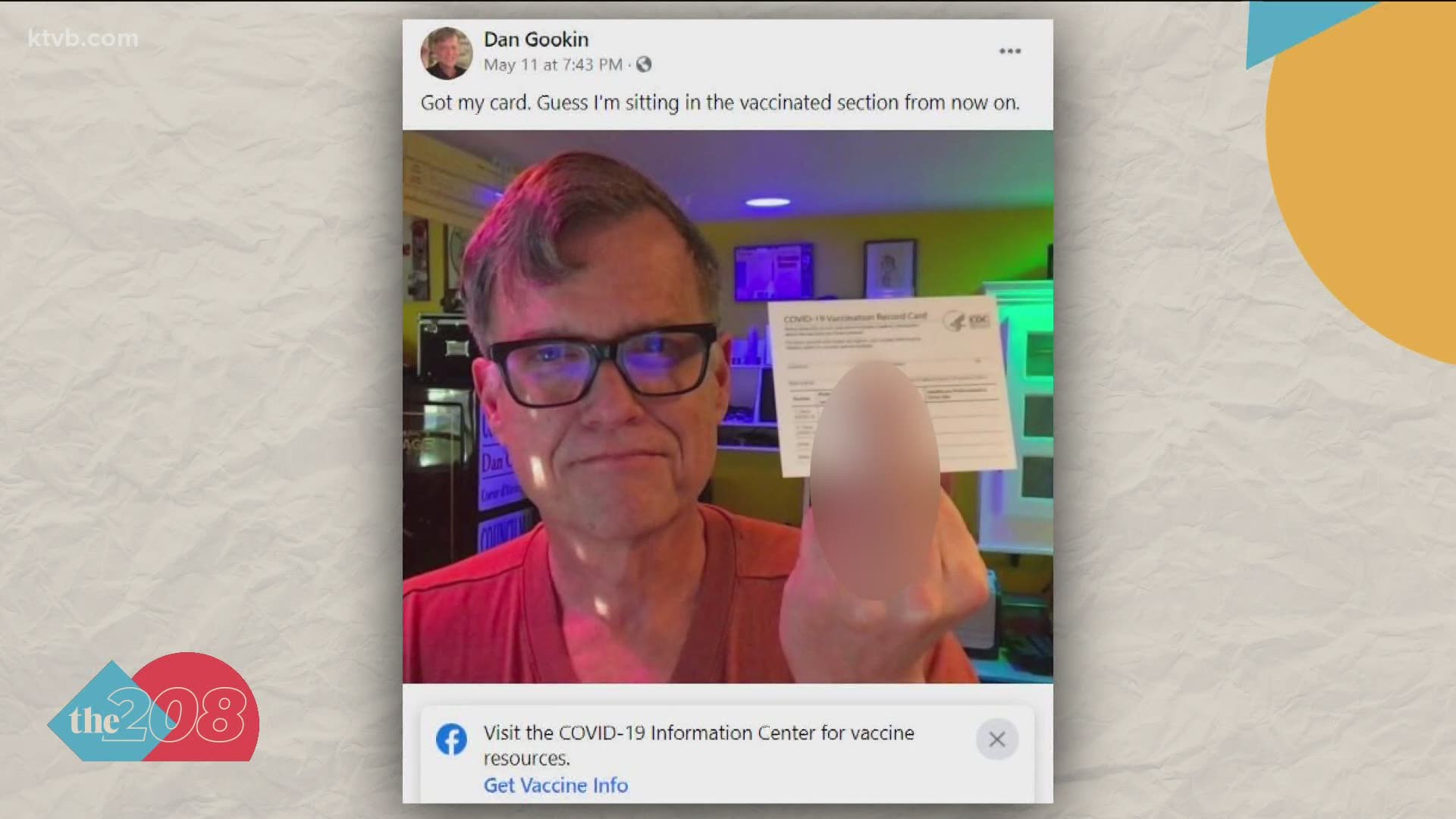 Dan Gookin has been vocal on social media about his thoughts on proposed and nonexistent "vaccine passports."

"Well what it is is a commentary on the requirement in some locations where they're mandating you have to have proof of vaccination in order to participate in public activities and I think that's wrong, I think it's discriminatory," he said.

Of note, Gov. Brad Little banned all state government entities from requiring "vaccine passports" with an executive order he signed into law on April 7.

The city councilmember failed to name a single instance of any place in Idaho requiring proof of vaccination or discriminating against those who are not vaccinated.

He told KTVB that "some lady he doesn't know" that he doesn't and didn't see dropped off blank vaccination cards and he "thought, 'Oh, this is really cool.'"

"It's not a passport. It's not supposed to be, but my fear is overreaching controllers are going to say 'Yeah, it becomes that' and all of a sudden it's going to become the new segregation - the vaxxers and anti-vaxxers."

To be clear, Gookin believes forging or falsely filling in the vaccination card is unethical.

"Having the blank document though is an interesting question," he said. "Apparently, it's okay to have a blank document. Where you cross the line is where you fill it in. So if someone actually took a blank document and they forged the information on it to do something, in my opinion, that would be unethical. Whether it's illegal or not, I don't know."

Gookin added that he doesn't plan on filling in his blank vaccination card but he said he'll use it "just to tick people off. I mean, you know, that's kind of the point is like 'Hey look, you can print these off.'"

RELATED: What you should (and shouldn't) do with your vaccination card