Construction begins on the USS Idaho, first Naval ship in over 100 years to be named after the Gem State

The fifth-ever ship named after Idaho will be a Virginia-class attack submarine. 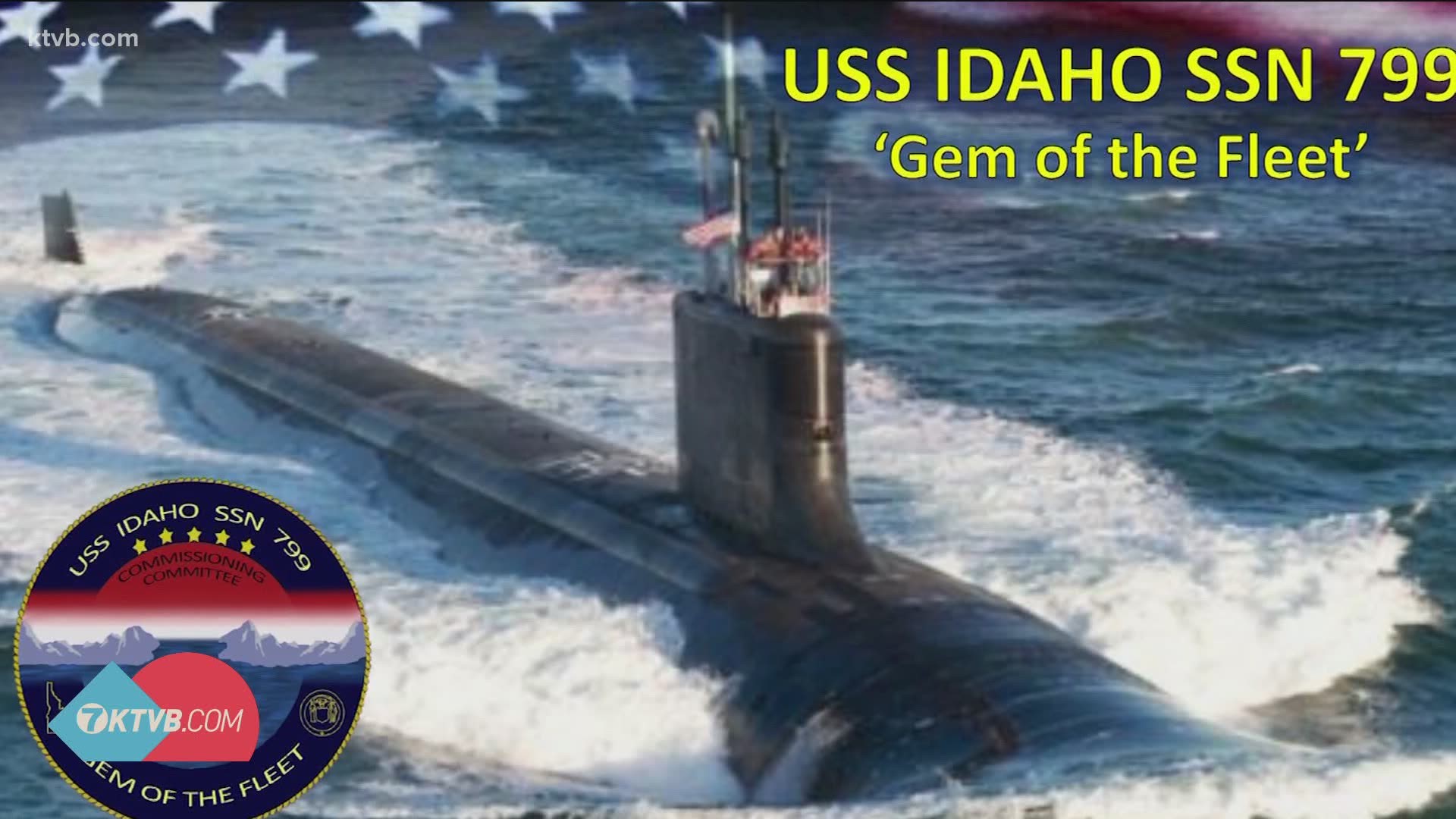 GROTON, Conn. — The U.S. Navy formally began the construction of a new Virginia-class attack submarine on Monday. The sub, the USS Idaho, is the first ship in the Navy to bear the name of the Gem State since 1946 and the first one built since 1919.

On Monday, the keel-laying ceremony was held in Groton, CT, which is the formal beginning of construction.

Former Navy Secretary Ray Maybus was the one who decided to name the submarine after Idaho in 2015.

He said one of the reasons he chose Idaho is because of our strong connection to the Navy, even though we're a long way from the ocean.

The last ship in the U.S. Navy built and named after the Gem State was commissioned in 1919 and clouded in secrecy along the coast of New Jersey.

The USS Idaho was at the time, the largest battleship afloat. Herr service during World War Two would earn her seven battle stars.

Later in April of '45, she was assigned to a bombardment station off Okinawa, also providing major fire support for that invasion.

"Unfortunately, there has not been a ship named for Idaho since then, which is kind of sad in some way because Idaho has such a rich navy tradition," Maybus added.

RELATED: 'It really was a firestorm': How Idaho's 'Big Burn' fire of 1910 shaped the way wildfires are fought today

Now, this USS Idaho will be the fifth vessel of its name and will be a state of the art submarine that will be able to be upgraded throughout its lifetime.

Richard Colburn, the chairman of the USS Idaho Commissioning Committee, explained that there is another Idaho tie to the new USS Idaho.

"Much of the original nuclear technology that went into submarines came from Idaho," he said. "After World War Two, the Navy wanted to get into nuclear research and power.  And so Admiral Rickover built the first submarine prototype reactor, S1W at what is now the Idaho National Lab, but was then the Arco Proving Ground."

The Gem State may have had to wait 101 years but it finally gets to put the great state of Idaho's name back in the fleet, thanks in part to its long history with the Navy.