Right now, HOV lanes are only allowed in counties with a population under 25,000 with a resort community. A new bill aims to change that. 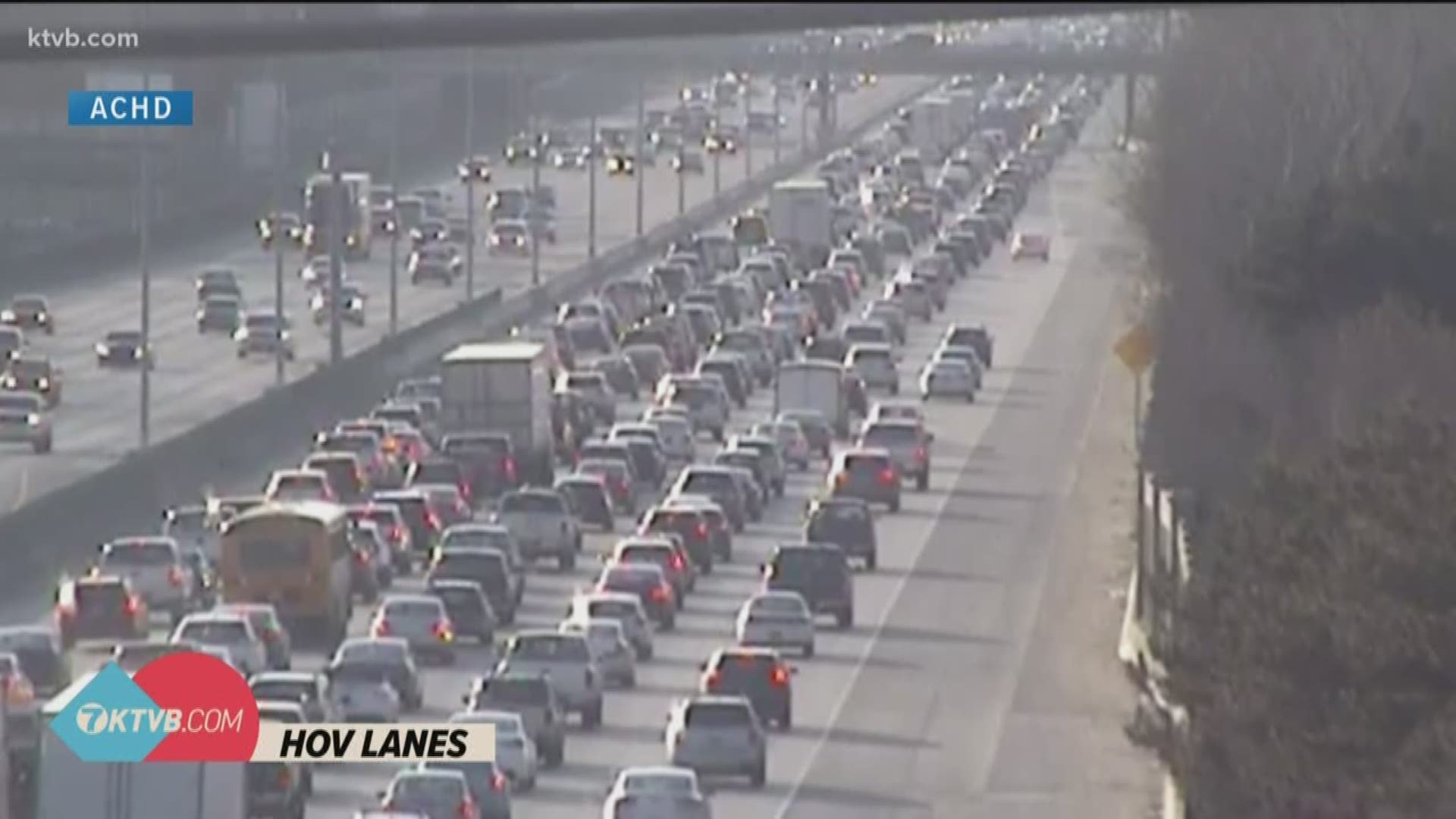 MERIDIAN, Idaho — Inching along Interstate 84 during rush hour is less than ideal.

Thousands of new people moving to the area doesn’t help, but community planners are exploring ways to help reduce current traffic, while making sure traffic doesn't get out of hand over the next 20 years.

One tool being explored by the Community Planning Association (COMPASS) to help relieve traffic is high occupancy vehicle lanes, you may know them as "HOV" lanes. The idea is to have an HOV lane for drivers on I-84 between Caldwell and Boise.

"Giving them the ability to travel faster through a given corridor than the congested lanes with the single occupancy vehicles," Stoll said.

The idea is to reward good driving habits, like carpooling.

“That helps, one, with moving people through the area, but also helps with air quality, benefiting air quality, and just the overall traffic patterns," Stoll said.

Right now, COMPASS sees only one problem with that idea

"HOV lanes are only allowed in counties with a population under 25,000 with a resort community," Stoll explains.

So yes, Idaho’s most populated areas, the areas that would benefit from HOV lanes, can't have one.

But a new bill, Senate Bill 1312, aims to change that by removing the 25,000 and under population requirement.

"We need to look at some other tools that are not just widening roads and adding lanes. But how can we move people from point A to point B from their house to their job," Stoll said.

Stoll says HOV lanes are not the perfect solution to all traffic issues, but it certainly could help.

"It's a benefit. Is it the silver bullet? No. There are no silver bullets to congestion, but it's a tool that we need to have," Stoll said. "Why not try it, why not consider it?"

Senate Bill 1312 is expected to be heard in committee on Thursday.

RELATED: Keeping up with trash along Idaho's interstate is becoming more difficult as traffic grows