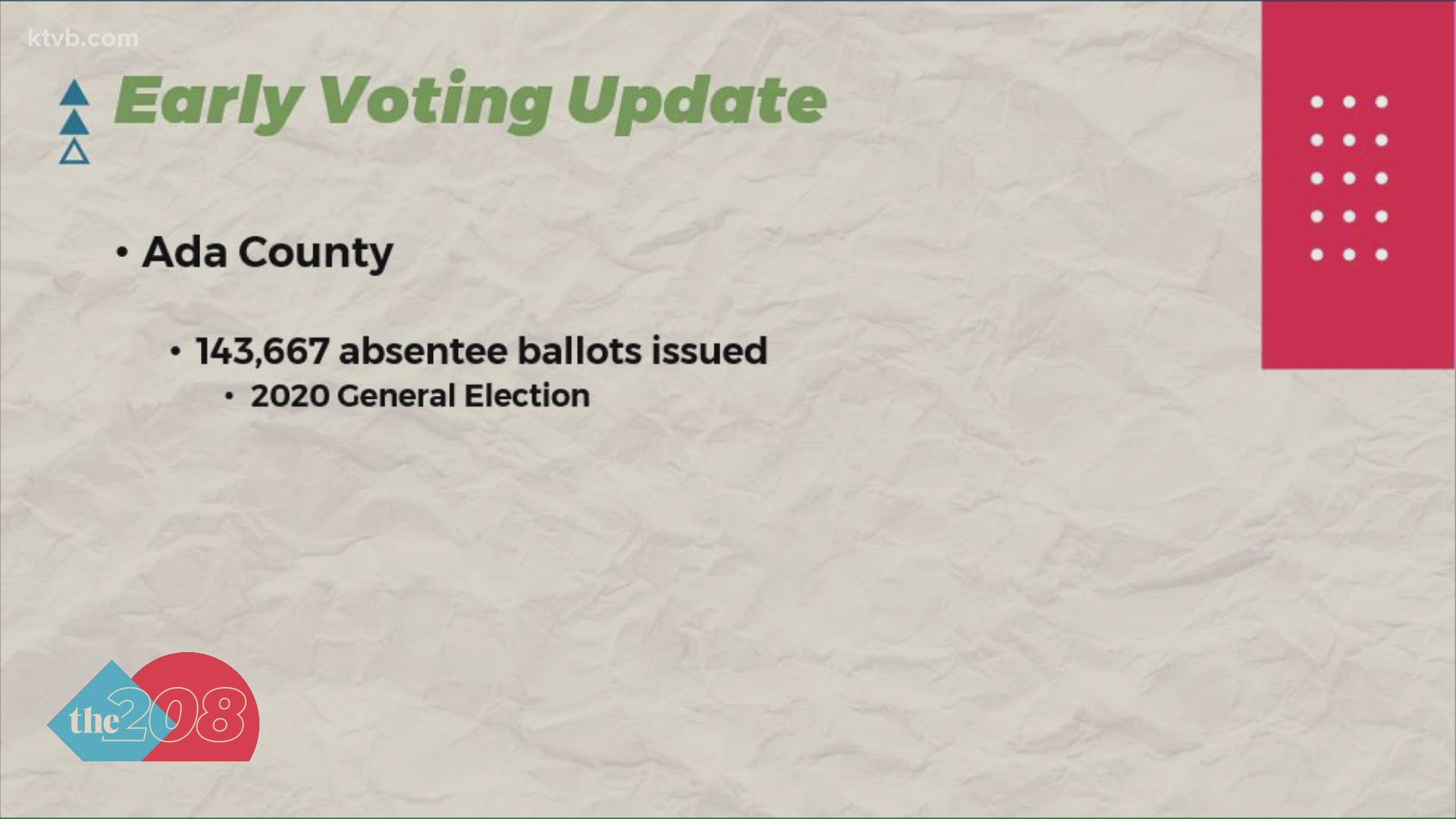 BOISE, Idaho — Remember when the excitement of an election used to fall on just one day- Election Day?

Eager Idahoans would hop in their cars, on their bikes or take off on-foot to cast their ballot for the next President of the United States.

This year, however, is anything but ordinary.

Ada County issued 143,667 absentee ballots for the 2020 general election, according to the Ada County Elections office.

70.5% of all absentee ballots requested have been returned so far.

So far, 28,269 people have voted early in Ada County, according to the Ada County Elections website.

In 2016, when only eight days remained until the general election, almost 31,000 people had voted early.