Two former students shared differing views on homophobia at the College of Idaho and in Caldwell. 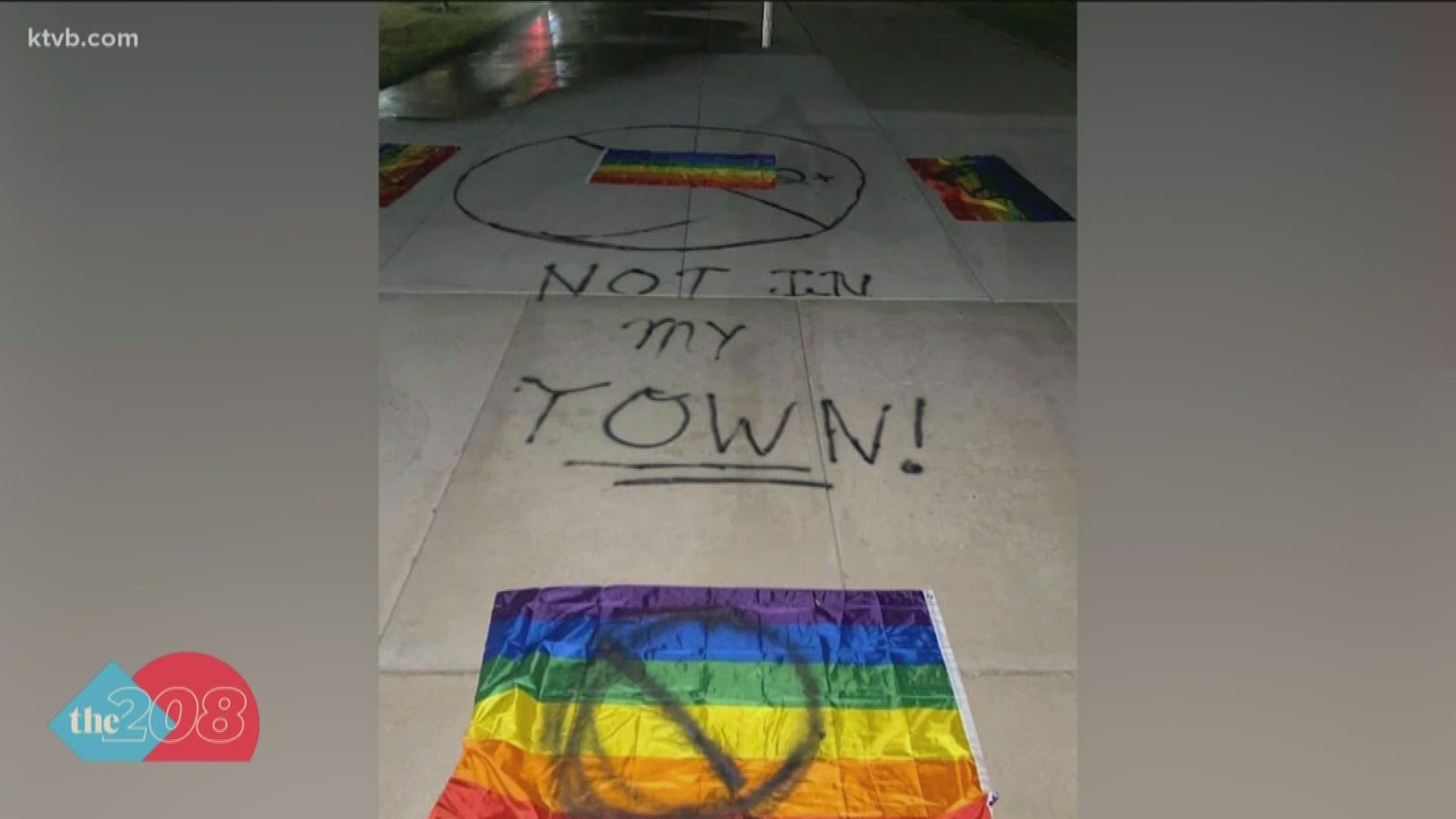 CALDWELL, Idaho — The apparent hate crime that took place on the College of Idaho campus earlier this week has brought some unwanted attention to the oldest private liberal arts college in the state.

As the investigation continues, the school and the community is also looking at itself, trying to figure out what led to this.

"I've been out as an LGBTQ member for a while and I haven't quite encountered something at that level here and so it was very saddening this happened on a campus that meant so much to me," Arnzen said.

On Wednesday, KTVB spoke with Sage Czelder, a 2020 graduate and former president of the Gender-Sexuality Gender Alliance club. She spent eight months on her senior thesis, interviewing and surveying over 200 students on the experiences and perceptions of the LGBTQ community at the school.

"It doesn't shock me at all," Czelder said. "C of I is right in the middle of Caldwell, which is pretty conservative. It's not surprising with the kind of underlying bubbling of homophobia around that someone would do something massive like this and show their actual hatred towards the community."

"One of the interview statements that I got in my thesis was that one of the reasons that so much homophobia has been able to continue at the College of Idaho is because there hasn't been a major situation, like a hate crime, to bring attention to it," she added.

"That was not my experience. I did not think that there was that kind of underlying animosity I guess building up," Arnzen said. "I think that's the wrong way for me to look at it in terms of my experience."

On Thursday night, about 150 people attended a second 'Pride Night' on campus, with students, facility, and community members showing support for the LGBTQ community by hanging up more Pride flags.

While Arnzen is glad to see the school administration holding a second Pride Night in response to the possible hate crime, Czelder said she wants the school to do more to support the LGBTQ community on campus.

You can find the College of Idaho's current policies here.

For Arnzen, he says his time in Caldwell helped him become the person he is today.

"They embraced me and supported me who I was holistically and being a few years removed, I see much more of that radiance of that experience rather than any barriers that I potentially had at the time or any of my fellow LGBTQ members."

For Czelder, she believes this week's vandalism can serve as a learning experience for students, staff, and faculty alike.

"As disappointing as it is that this happened, with the actions that have been taken lately, I hope that it will encourage the community that this is actually something that is important, that these people aren't going away," Czelder said. "I hope that it makes the college, both administrators and students really take a stand against homophobia."

RELATED: Dozens rally in support of LGBTQ community after 'ugly act of hate' on College of Idaho campus

RELATED: College of Idaho Pride flags vandalized in 'an ugly act of hate'