"We need partners that are willing to build homes and then we work with neighbors," Mayor McLean said. 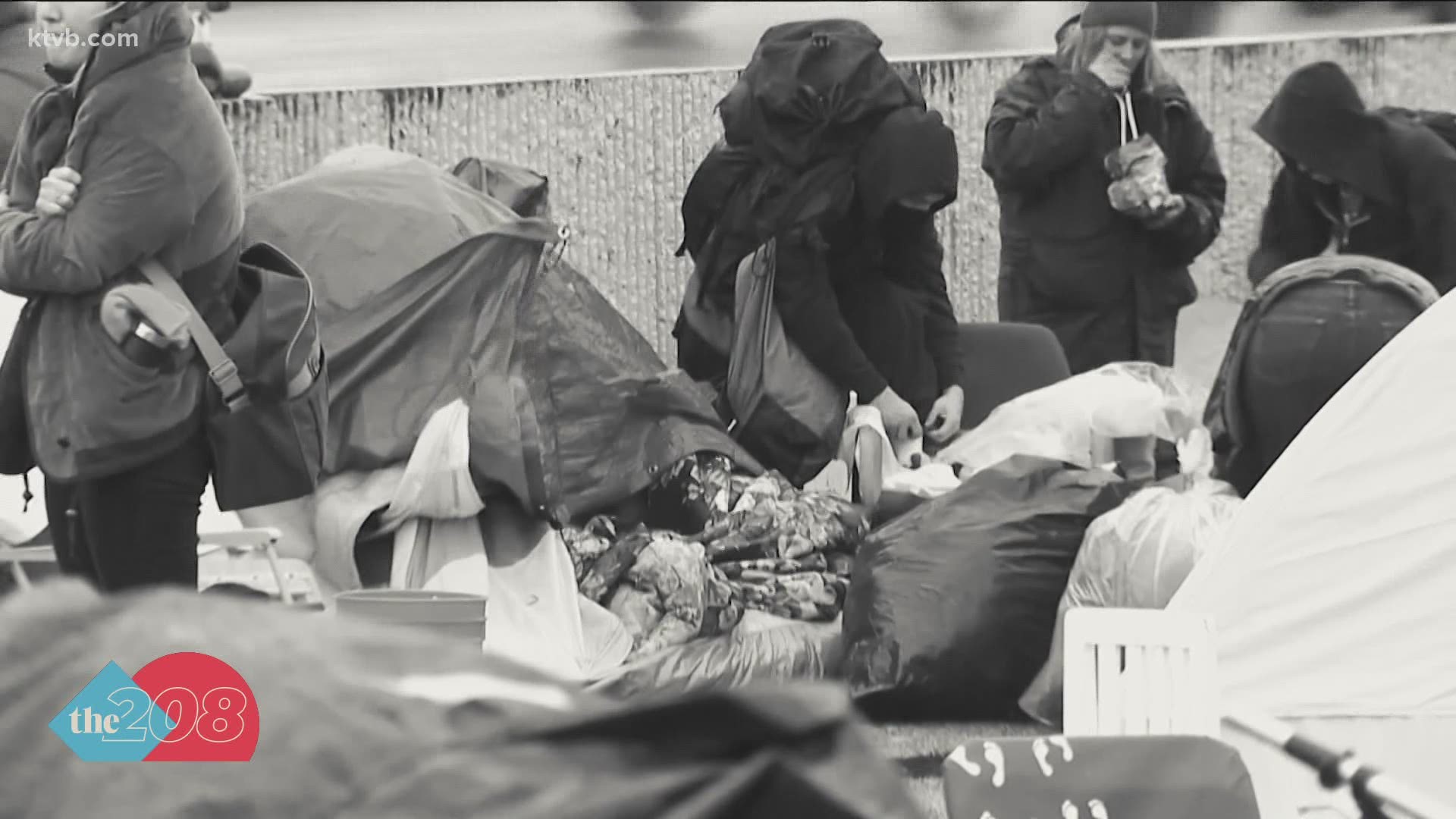 BOISE, Idaho — The City of Trees was already facing a housing crisis before the coronavirus became a public health crisis, but now the capital city and the rest of Ada County are on the verge of dealing with another catastrophe with rising homelessness.

When Boise began its Endling Family Homelessness web page in 2019, 166 families in Ada County were on a waitlist for housing. Now, it's about 250 families, according to Andrea Roope, the campaign's co-chair.

"Our hope is that we can rehouse those families. Right now they've been on the waiting list for about two years, which is much too long," she said. "Those families are in shelters, they are outside, they are trying to maintain jobs, and keep their children in schools and they are looking for permanent housing with case management support, so that has grown slightly and we're looking at about 250 families on that waiting list and we're looking to rehouse those people."

She added that the majority of the families are homeless due to domestic violence.

"The average, and believe it or not this number sounds relatively small to me, although it's large to many families, but it really catches data over ten years, shows it takes only about $3000 total to support a family," Roope said, 'and we think that that is an incredibly worthy investment and we know that if can clear that 250 family waiting list."

First-term Boise Mayor Lauren McLean said the city needs to form partnerships and work with neighborhoods to make sure people are going to the right place.

"We need partners that are willing to build homes and then we work with neighbors and others to make sure we're placing them in a way that creates neighborhoods, strong, safe, stable neighborhoods for the families and individuals that need those homes badly," she said.

Some of the examples of the city's work towards making this a reality include New Path Community Housing, home to over two dozen people, Valor Point with 27 units for veterans and Adare Manor with 134 affordable apartments. A 200-home project at Franklin and Orchard roads and is scheduled to break ground this year.

The projects are all part of a public-private partnership with a plan to address homelessness with prevention, case management and rental assistance.

"The goal is to raise $8.6 million and we believe that supplements our current government support of homelessness," Roope explained. "We will clear the 250 families on the waiting list and they will be housed and that the goal is that no family will experience more than 60 days of homelessness either in shelter or in temporary housing whether that's sleeping on a family couch or working to seek other resources through or through family and friends."

The goal is to reach functional zero, meaning eliminating the waitlist completely. But the plan won't mean zero homelessness but it's making sure families are housed soon after they lose theirs.

The plan started on a five-year timeline, but due to the coronavirus pandemic, the new goal is 2026. So far, the City of Boise has donated $2 million towards the goal of $8.6 million and Ada County also donated $500,000. They hope the rest of the funding will come from private donors.

With much of the groundwork laid out and more than 30 different agencies and groups working together in the partnership, Mayor McLean believes the foundation is built for the campaign to be successful.