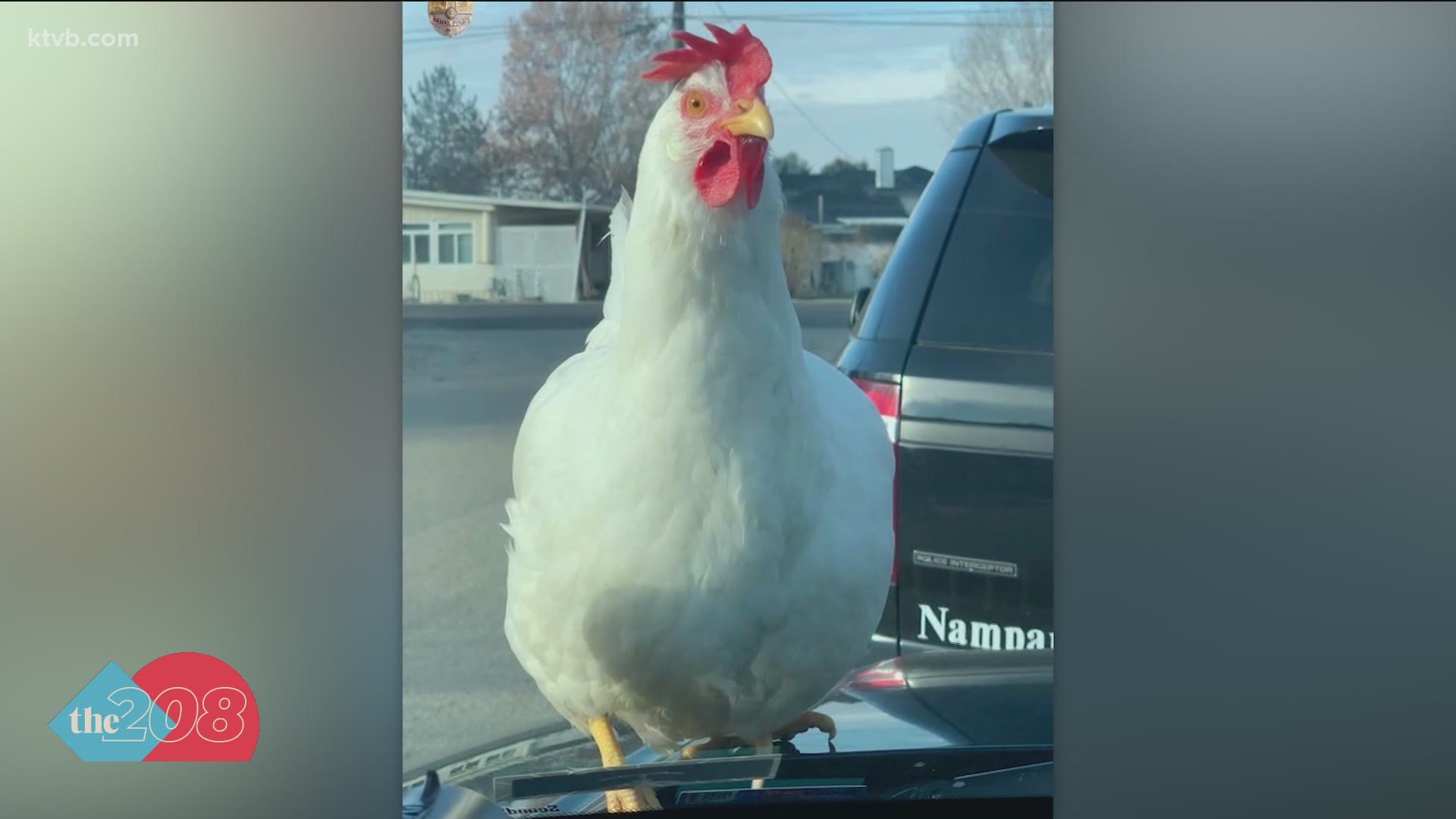 NAMPA, Idaho — Police are sworn to serve and protect their communities, even the free-range chicken who made a daring mid-day escape from the coop that went so well, it's now considered poultry in motion.

Thankfully in this tense situation between police and a chicken ended peacefully without anyone's feathers getting ruffled.

In his 24 years of working around the cluck with the Nampa Police Department, Officer Deran Watt has never seen anything quite like this before.

"They always tell you when you're sitting out there in your patrol car to expect the unexpected and keep your head on a swivel so nobody will sneak up on you and probably the last thing I expected to happen is to have a chicken jump up on the hood of my patrol car," Nampa Police Officer Deran Watt said.

Watt explained that it was under his supervisor's car and they chased it from underneath it. The next thing he knows, he said, the hen jumped onto the bumper, then onto the hood.

"I don't know if it knew I was in there or not, but it came right up to the windshield and was kind of checking me out," Watt said.

He said he knew no one would believe him so he had to get pictures and video of the chicken strolling around his car.

"She was very well-behaved. I'm guessing she was housebroken. I didn't invite her into the patrol car. I didn't want to take any chances," Watt said.

Police do not believe fowl play was involved in the incident.