House Speaker Scott Bedke says the idea is to better serve Idahoans, no matter what part of the state they live in. 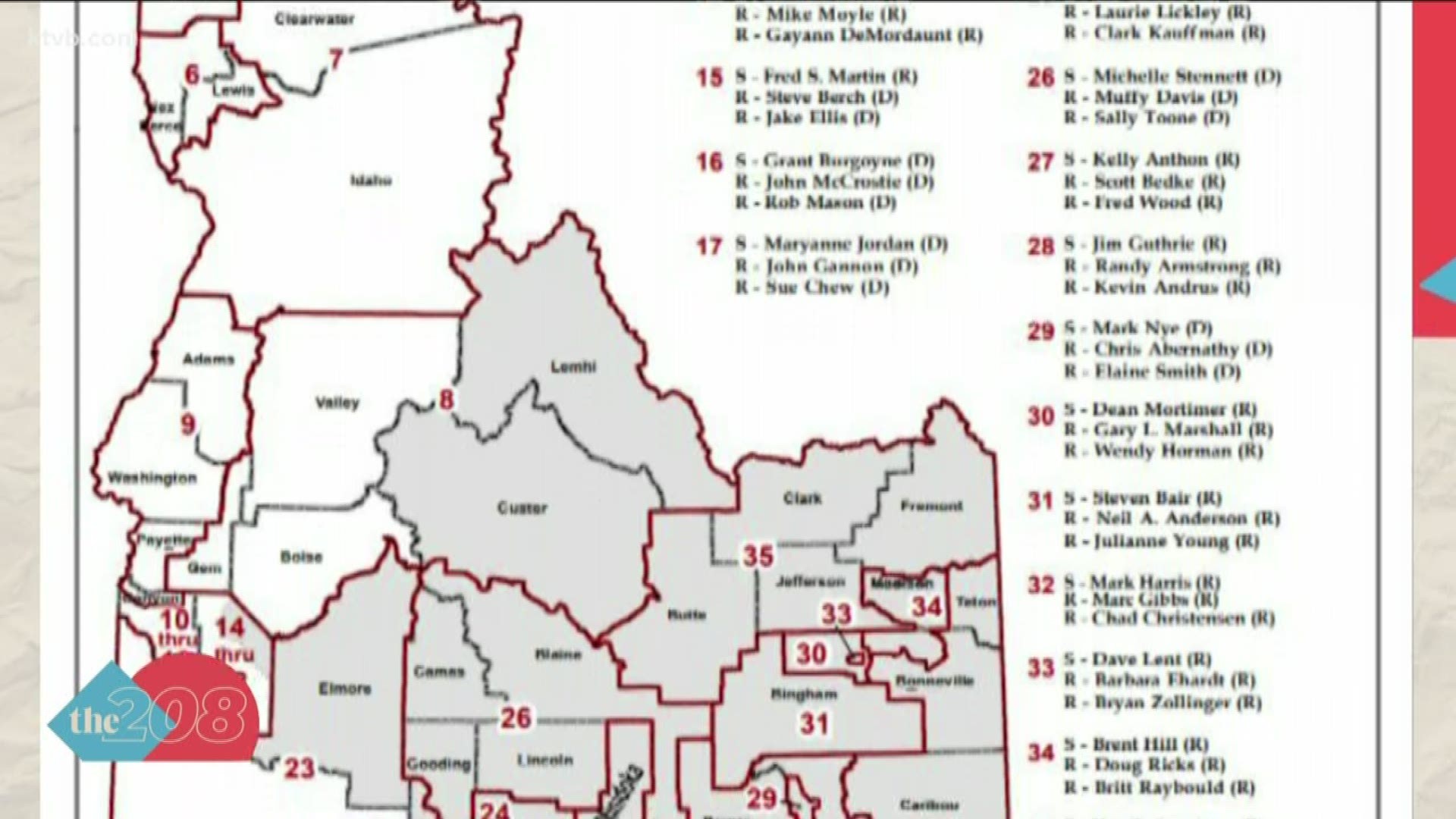 BOISE, Idaho — Should we change the Idaho Constitution?

Some of you may be yelling no, but before you make up your mind, let’s explain the issue.

On Tuesday, the Idaho House passed House Joint Resolution 4, a constitutional amendment that would keep Idaho's legislative districts at 35.

If two-thirds of the Senate votes yes, then the voters would get to decide in November if, in fact, they want to keep districts at 35.

So, why does that number matter?

"We want more representation and smaller legislative districts," he said. "That's what this would help do."

Idaho has been at 35 districts for three decades, but the state Constitution actually allows for as few as 30.

Bedke and his co-sponsors say they want to amend the Constitution to avoid having fewer than 35.

"If we have fewer districts, then they will have to get larger geographically, and we have some right now that span from nearly Oregon clear to Montana," Bedke said.

Ultimately, the introduction of this proposed change in the 2020 legislative session comes down to timing.

"We only redistrict the state every 10 years and so this is the last chance we will get to change it before we do the redistricting process," Bedke said. "It's important that everyone get counted, and then it's important that we draw the lines in a way that is fair to all citizens."

According to Bedke, this won't gerrymander districts, meaning the amendment isn't meant to redraw the districts for political gain.

If the number of districts is lowered, there could be issues.

"Just doing the math, we all would represent more citizens and then you as a citizen would have less access to your legislator," Bedke said.

The resolution passed the House Tuesday with 65 'yes' votes and only three 'no' votes. Two representatives were not present.

Through an email, Republican Priscilla Giddings tells KTVB she voted no, in part, because: “The entire State Republican Party passed a resolution P6 stating, 'Therefore, be it resolved that the Idaho Republican Central Committee strongly encourage the Idaho Legislature entertain a bill to change the Idaho Constitution to a legislature that shall consist of a number not less than 35 no more than 45 legislative districts.' HJR4 does not accomplish this.”

Democrat John McCrostie says he voted not because, “Generally, I am not in support of altering our constitution without a very important need."

"I’m not inherently opposed to locking in the number of legislative districts at 35. However, until the marriage equality ban is removed from the Idaho Constitution, I will not be supporting any constitutional amendments,” McCrostie wrote.