A special exception was granted to Boise State to allow about 1,100 people to attend the Broncos' game against BYU on Friday night. 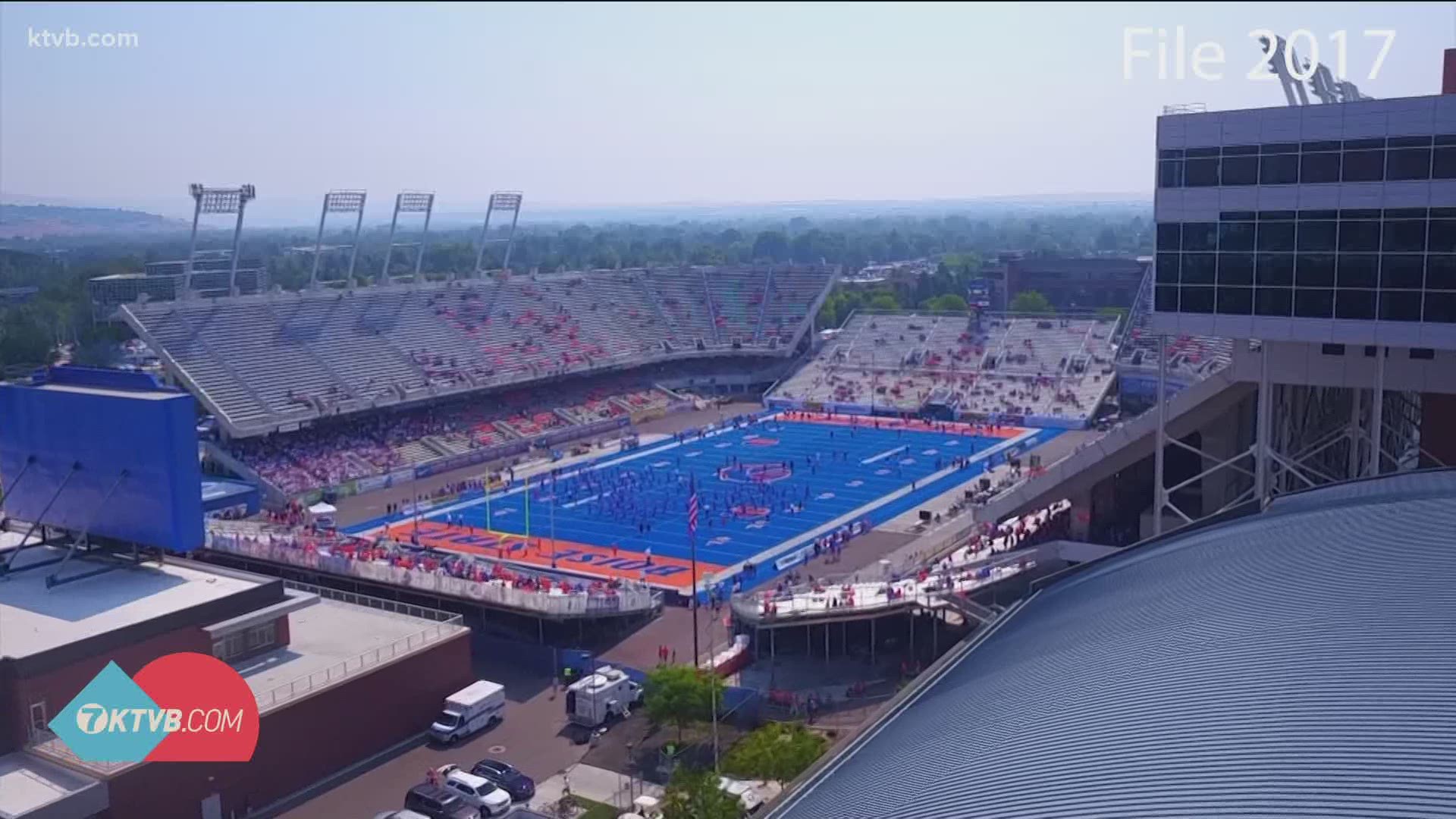 BOISE, Idaho — Very, very sparse and spread out, that’s how Central District Health describes what Albertsons Stadium will look like Friday night when about 1,100 fans, or about 3% of stadium capacity, will be allowed in to watch the Broncos take on BYU.

A special exception was made Wednesday to existing health orders for the large outdoor stadium to host fans for the first time in the 2020 season.

“When you look at what that crowd could be and what it typically is for a normal game, it’s going to be a very, very spread out and socially distant event for those individuals that will be allowed to attend the event,” Brandon Atkins with Central District Health said.

Atkins explained that there will be color-coded sections for different groups of fans, all will be required to wear a mask. About 500 students will be allowed in, split up into two sections of 250. Students will sit in pairs distanced at least ten feet from other pairs. All seats will be marked with temporary blue seatbacks to clearly show where people must sit.

Bronco players are each given two or three tickets for immediate family members that must sit together in a group spaced out from other groups. The remaining sections will be for the student band, cheer team, media, and players not active.

“Each one of these will have designated areas that will be blocked off, people will not be able to go from section to section. They will be using a similar restroom as the rest of their cohort. There will be barriers in place to restrict that and also security staff in place to help restrict those methods,” Atkins said.

Atkins added that Friday night’s game is a one-time deal, for now, the special exception does not apply to all future games. The major reason Boise State can try this Friday is the over the top effort to create a healthy environment demonstrated to the health board.

“If people are going to try and operate at some level of risk knowing community transmission is happening this would be the way that we could inch toward possibly doing that,” Atkins said.

A big part of that is requiring everyone in the stands to prove they have tested negative for COVID on a PCR test within 72 hours of kick-off. Students are being given a free test, remaining fans must pay $45 dollars for one on-campus or provide proof of a test from an outside source upon entry.

Even with the effort though, CDH will be on-site watching very closely to see how things play out.

“It would only take one mistake, if we see cases coming out of this as a result or we see huge downfalls, people that aren’t willing to follow the guidance, not only will Boise State be acting on that because they are overseeing the event. It will impede their ability to have any type of event occur to this degree again,” Atkins said.

The reality is that success will come down to personal responsibility. Health officials are asking fans to alter some stadium behaviors to prevent potential spread, things like screaming and yelling.

“We don’t know what this will play out like, we know there is perceived risk and we know there is a real risk that could be there if people aren’t willing to go above and beyond to make it an exceptional event. As we’ve seen, Boise State is willing to do that, my hope is that those who are allowed to go are also going to go above and beyond to make sure they are successful at what they are doing,” Atkins said.