In early March, Idaho lawmakers killed legislation that would allow Powerball to continue to run beyond August across the state. 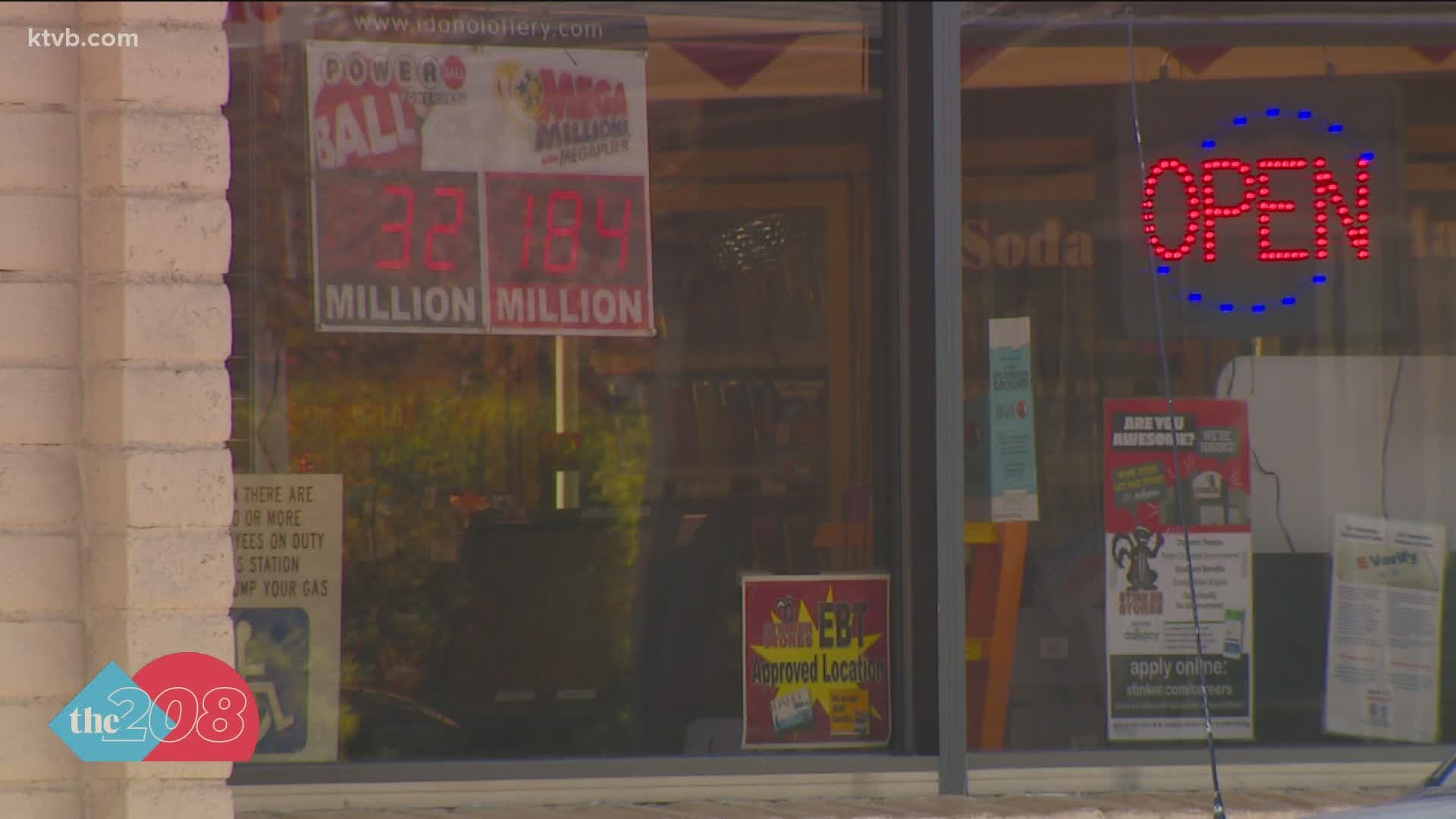 Several businesses in Idaho are worried about losing a significant source of cash if the Powerball never returns.

In early March, Idaho lawmakers killed legislation that would allow Powerball to continue to run beyond August across the state.

Powerball is expanding to include Australia in 2021 and Britain in 2022. Current Idaho law only allows lotteries in the state that are played by people in the United States and Canada.

When dividends, commissions, and earnings are combined, Matt Berry, the president of Idaho Petroleum Marketers and Convenience Store Association, said Powerball means more than $1 million for Idaho convenience stores every month. Berry said lottery ticket sales are a big source of income, especially for convenience stores on the Utah border.

"It's a huge part of what brings traffic into our convenience stores. On the southern border of Utah, it’s a huge traffic point for those convenience stores, many of them claim that they are the Utah lottery because they have so many people that travel in there," Berry said.

More than 670,000 Idahoans play Powerball every year. According to Berry, the average lottery player spends twice as much in Idaho’s convenience stores as non-lottery players.

"Where we make our money is the extra things that the customers buy, the soda pop, the candy,” said Berry

President of Idaho-owned Stinker Store Charley Jones said the loss of Powerball won't hurt business too much. However, he's concerned about how it will impact Idaho public schools.

“It’s important for the convenience store business, it’s important to our customers, we have sold lottery products for decades and we would like the Powerball not to go away,” said Jones

Sones said Stinker has been part of the lottery for decades.

"It's good for public schools, you know, and who is it hurting? I don't see it hurting anybody,” said Jones. “You know the worst thing that comes out of Powerball is customers make a contribution, if you will, to public schools."

Based on recent years, the Idaho Department of Education is expecting $9.4 million of the state Powerball money in 2021. $5.6 million of that would go to repair and maintenance and $3.8 million to the bond levy equalization fund, which eases the tax burden on Idaho taxpayers.

"It's good for Idaho, it’s made a lot of money towards Idaho public schools, and please consider, I don't quite frankly understand the fear of international involvement in that, and I kind of assume gosh, the other states are going to play, what makes Idaho different?” said Jones.