This isn't the first time the school has had an unwanted visit from a furry neighbor. 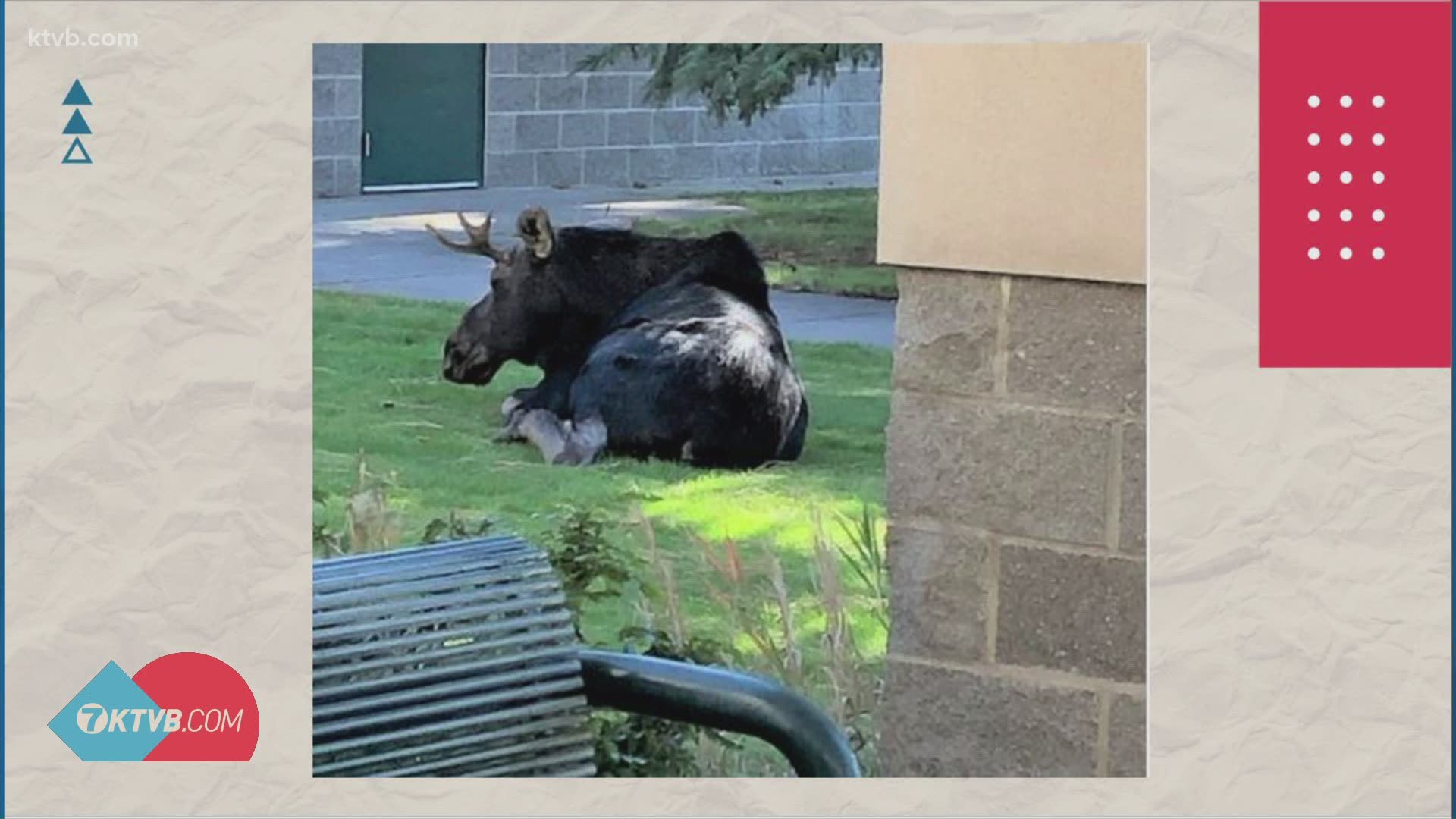 COEUR D'ALENE, Idaho — As the calendar turns to October, many are taking advantage of the warmer temperatures before fall weather arrives, including a bull moose in North Idaho.

The bull was just taking a stroll and a breather at the lawns of Woodland Middle School in Coeur d'Alene on Sept. 29.

Idaho Fish and Game officials said the animal hung around the school for a few hours before getting up and trotting off later in the afternoon.

The district said the moose was pretty good about social distancing but they couldn't find a big enough mask for them.

This isn't the first time the school has had an unwanted visit from a furry neighbor.

Nearly six years ago, the school was visited by a black bear who wandered up a tree on campus. The bear was tranquilized and relocated to the nearby forest.

By the way, the Woodland Middle School's mascot is a grizzly bear.