Just below the dam, there is a plaque for one of those men, but why not the others? 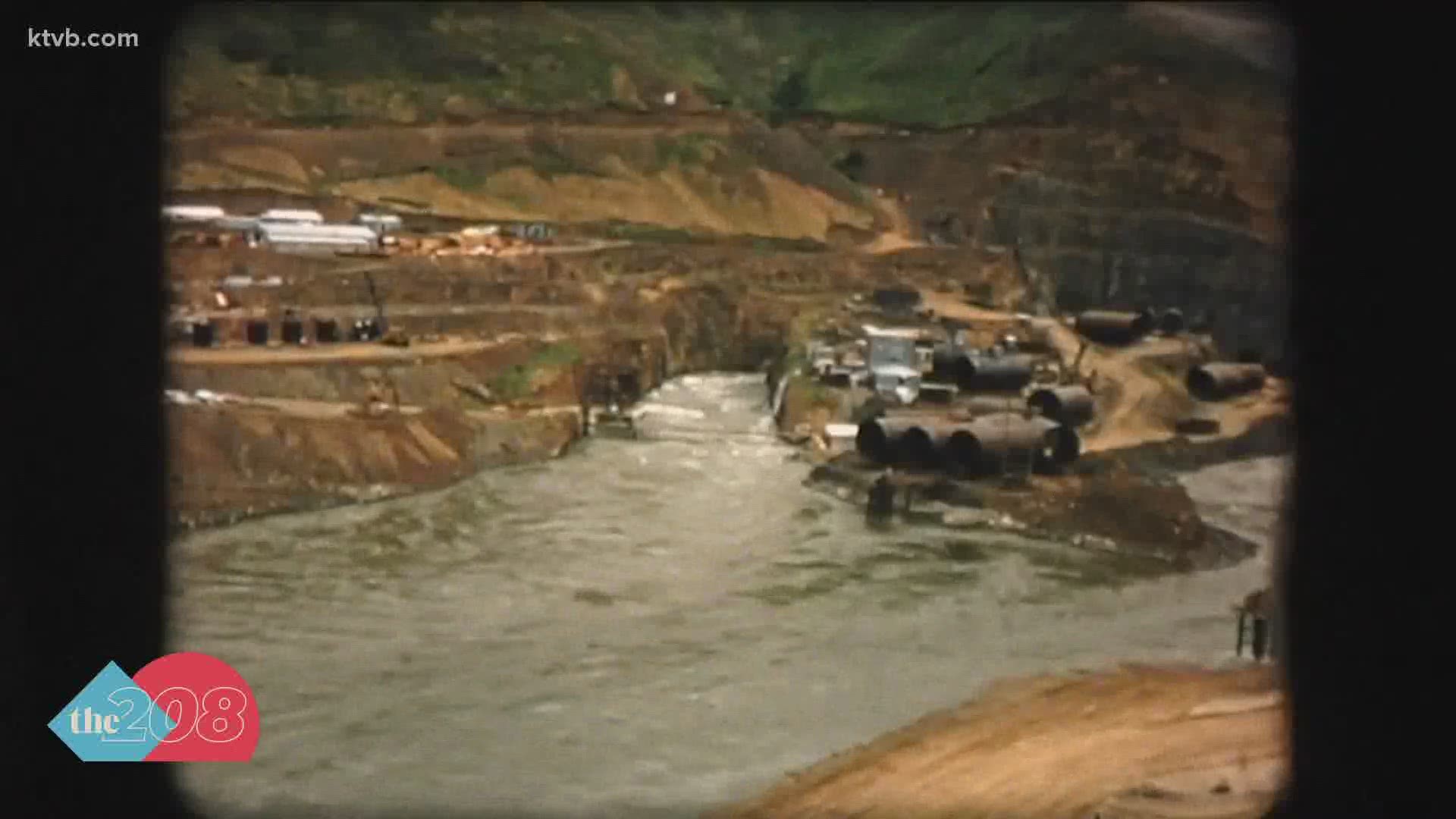 BOISE, Idaho — The Brownlee Dam, a hydroelectric dam on the Snake River and the first of three in the Hells Canyon complex, is earth-filled. It is made from pilin impervious clay, rock and dirt nearly 400 feet high.

Tragically, four men died during construction. Just below the dam, there is a plaque for one of those men, Charles Hewitt of Kennewick, Wash.

Workers at Idaho Power are unsure why the plaque only mentions Hewitt and not the three others that passed away, but they assume it is because the dam was his final resting place.

Over the years, rumors of Hewitt's death have speculated. One rumor suggests Hewitt was actually trapped inside the dam walls, which is why there is a plaque for him.

This is not the case, however.

Construction of the Brownlee Dam began in 1955. The $63 million project would move five million cubic yards of earth and rocks and dig 120 feet below the Snake River to build the base.

In order to hold the water in place during construction, contractor Morrison Knudsen designed a diversion tunnel to shift the river around the worksite.

The tunnel worked well. In the more than three years it took to complete construction, there were relatively few serious injuries among the 1,001 workers employed.

However, that changed when the dam was already finished.

In July 1958, over two months after the main gates were closed, four ironworkers went into the diversion tunnel to finish closing it, but water was going through it and filling the tunnel.

The boat carrying the men flipped over in the waters at the tunnel gates, causing all four men to drown.

That same night, three bodies were pulled out of the river. The fourth man, later identified as Hewitt, was not discovered until the next day.

Efforts to recover him were futile and the coroner ultimately called off the search for safety reasons.

Hewitt never made it out of the dam, so workers ensured the workman who lost his life while helping construct the dam would always be part of it. It was then that the plaque was added to the front of the dam.

The plaque mentioned is inaccessible to the public. It is mounted on one of the dam's largest generating units.