Getting to know Idaho: Bonners Ferry, the most friendly town

We wanted to know why Bonners Ferry is considered to be the most friendly town in Idaho. 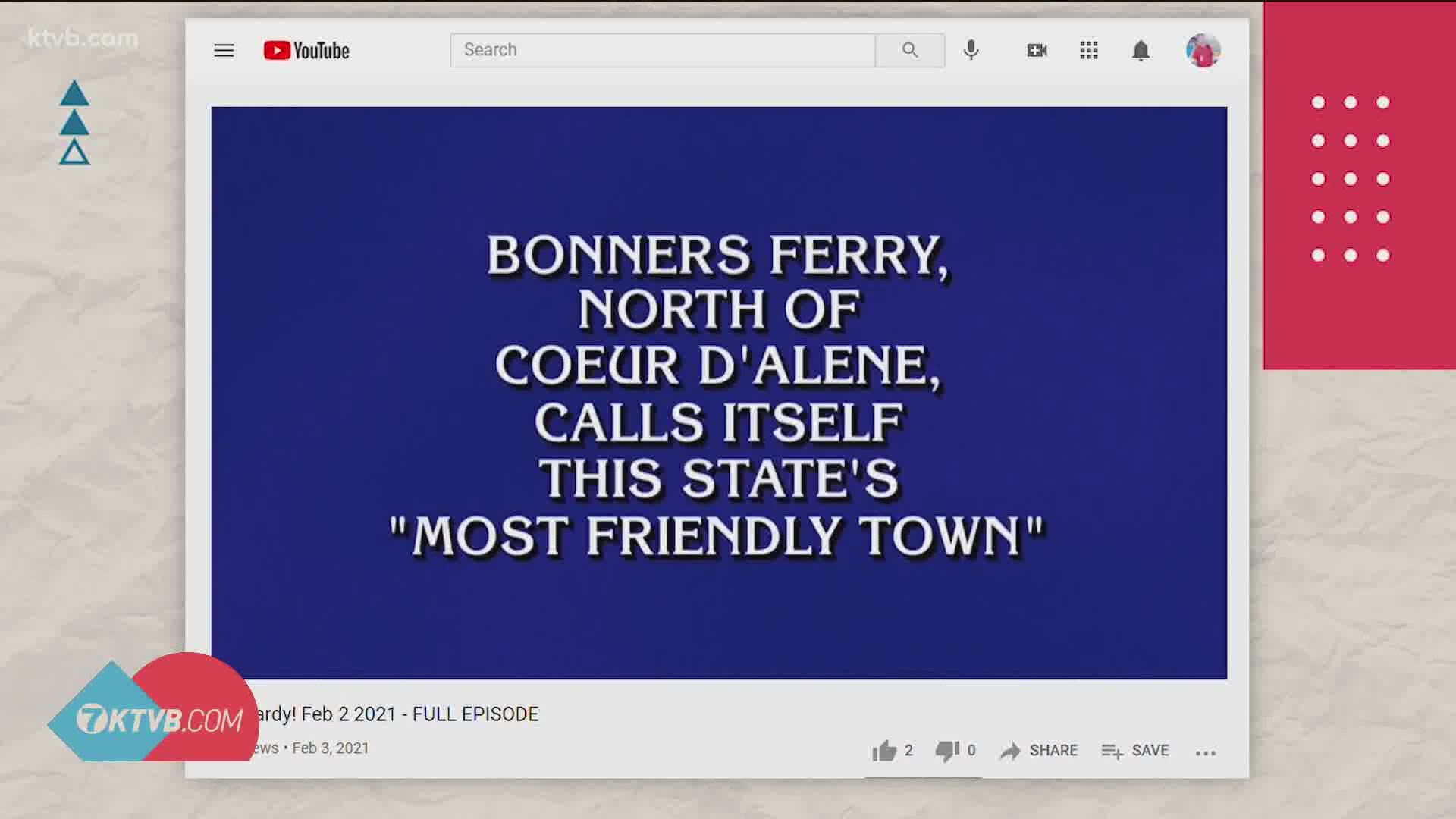 The last time Idaho was an answer on Jeopardy it was like something out of 80s-era Canadian comedy.

We took a trip up to McCall and learned about "Geronimo" and several other beavers who parachuted from planes into Idaho's backcountry.

Yeah, it was a thing in the 1950s. We showed actual film of it from the Department of Fish and Game. And that story is on our website.

Then this week on Tuesday night, Jeopardy fans heard yet another answer involving the Gem State.

"Western, $800. Bonners Ferry, north of Coeur d'Alene, calls itself this state's the most-friendly town. Henry? What is Idaho? You got it."

Yep, a tiny town with a population of about 2,600 people -- the friendliest in Idaho.

And how did Bonners Ferry get its name anyway?

We're heading up north…like way up north to find out.

When gold was discovered in British Columbia in 1863, thousands of prospectors headed north.

A year later, Edwin Bonner, a merchant from Walla Walla, decided to establish a ferry where the trail crossed the wide Kootenai River, giving prospectors an easier way to get to Canada.

Ten years later, he leased the business but the location kept his name and later became the town of Bonners Ferry.

The present city was established in the late 1800s along the south bank of the Kootenai River. At the time most of the buildings were situated on stilts because of seasonal flooding.

That flooding earned it the nickname "the Nile of the North." As the floodplain was an agricultural gem rich in crops like wheat, canola and hops.

The town became a farming and lumbering community, and later home to the Bonners Ferry Lumber Company, one of the world's largest lumber mills.

In 1975, the Libby Dam helped lessen the threat of flooding.

It was former Gov. Butch Otter who awarded Bonners Ferry the moniker of "most friendly town in Idaho." It was given on behalf of tourists who had visited all of Idaho's 44 counties.

It is the only county in the United States that shares a border with two states and a foreign country.