After being called a racial slur in Boise’s North End, one woman explains what white silence is like when it happens

"Anything would've been nice," Dr. Charlene Taylor said. "But it was just silent." 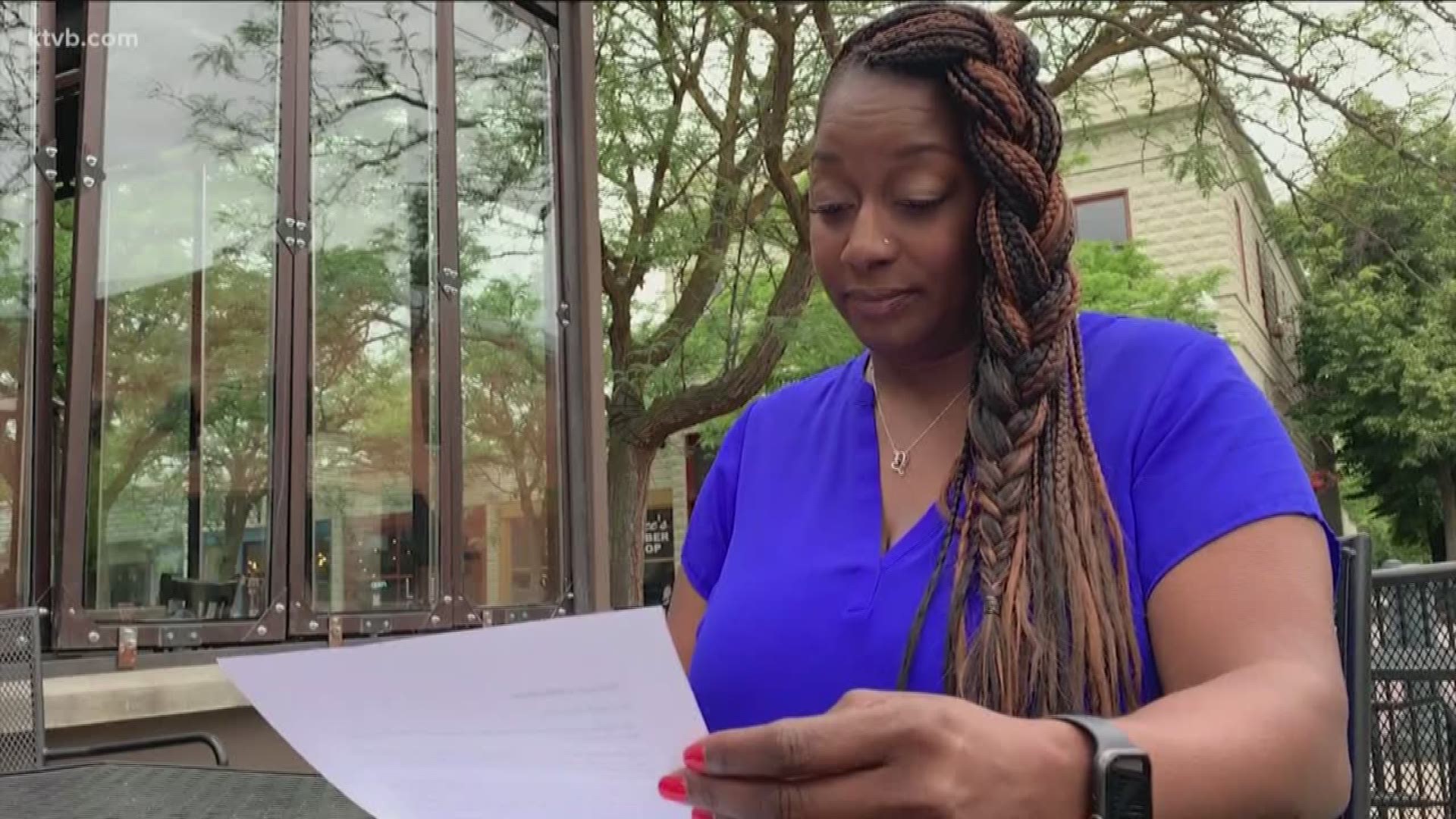 BOISE, Idaho — A week ago, Dr. Charlene Taylor was waiting for a friend on a patio in Boise’s North End when someone passing by called her a racial slur. With people surrounding her, not one person spoke up.

Because of this, Taylor decided to write a blog post about what white silence means and what it looks like when racial epithets are used in public.

“Today was not the first time I've been called a n***** - but it felt the same," Taylor wrote. "Today, like that day, I was on a sidewalk, minding my own business, surrounded by white people, as a racist sped down the street in his car and hurled that word at me like a rock. And though it wasn't actually a rock, it felt like one."

Dr. Taylor said she was facing the street and scrolling through her phone when it happened. When it did, no one acknowledged her about what happened.

“The first time it happened I was 8 years old. And, like that first time, I was there alone, and no one said a word. Not one word to him. Not one word to me. And I felt as alone and vulnerable as I did as a little girl,” Taylor said. “There were two girls who were sitting with their back to me so they hadn't seen me come in and they were both sort of looking at each other like, 'What did he just say?' and I so I said to them, "He said what you thought he said,” and they both turned around and looked at me and then turned back around and that was kind of the end of it.”

On that patio in what is typically a peaceful neighborhood in east Boise was also a man with the two girls, who told them to let it go, according to Taylor. While the man wanted to let the thrown slur go, Taylor couldn’t. So, she decided to write a blog to explain her experience.

“In a moment of blatant racism, I expected to see outrage, support, solidarity. Instead I saw what I have always seen - white silence,” Taylor said. “No one said 'Hey, are you ok?' No one said, 'Hey, that was an awful thing to say, most of us don't feel that way.' Nothing. Something, anything would have been nice, but it was just silent.”

In her blog post, Taylor described years of frustration and said it’s easy for people to attend protests or vigils when they have the support of thousands of people. But these smaller, more personal spaces amplify the silence of not speaking up against hate.

She went on to explain that silence hurts for longer than an ignorant and hurtful slur thrown out of a car window. If someone just stood up and asked how she was or address the racial epithet used, she said she wouldn’t have written the blog post.

“As willing as you are to stand up for your black friend, do it every time. Every. Time. Because that person you don't know, standing there feeling stripped bare and assaulted, is someone else's black friend or family member. And they deserve your allyship as much as I do. Every. Time,” Taylor said. “Because the issue wasn't what happened, the issue was the silence. And we can't do that anymore, we can't do that anymore."