Where does the Boise Greenbelt start and end?

Viewer Chris Corey wanted clarification on where exactly the Boise Greenbelt begins and ends. So we asked the city of Boise. 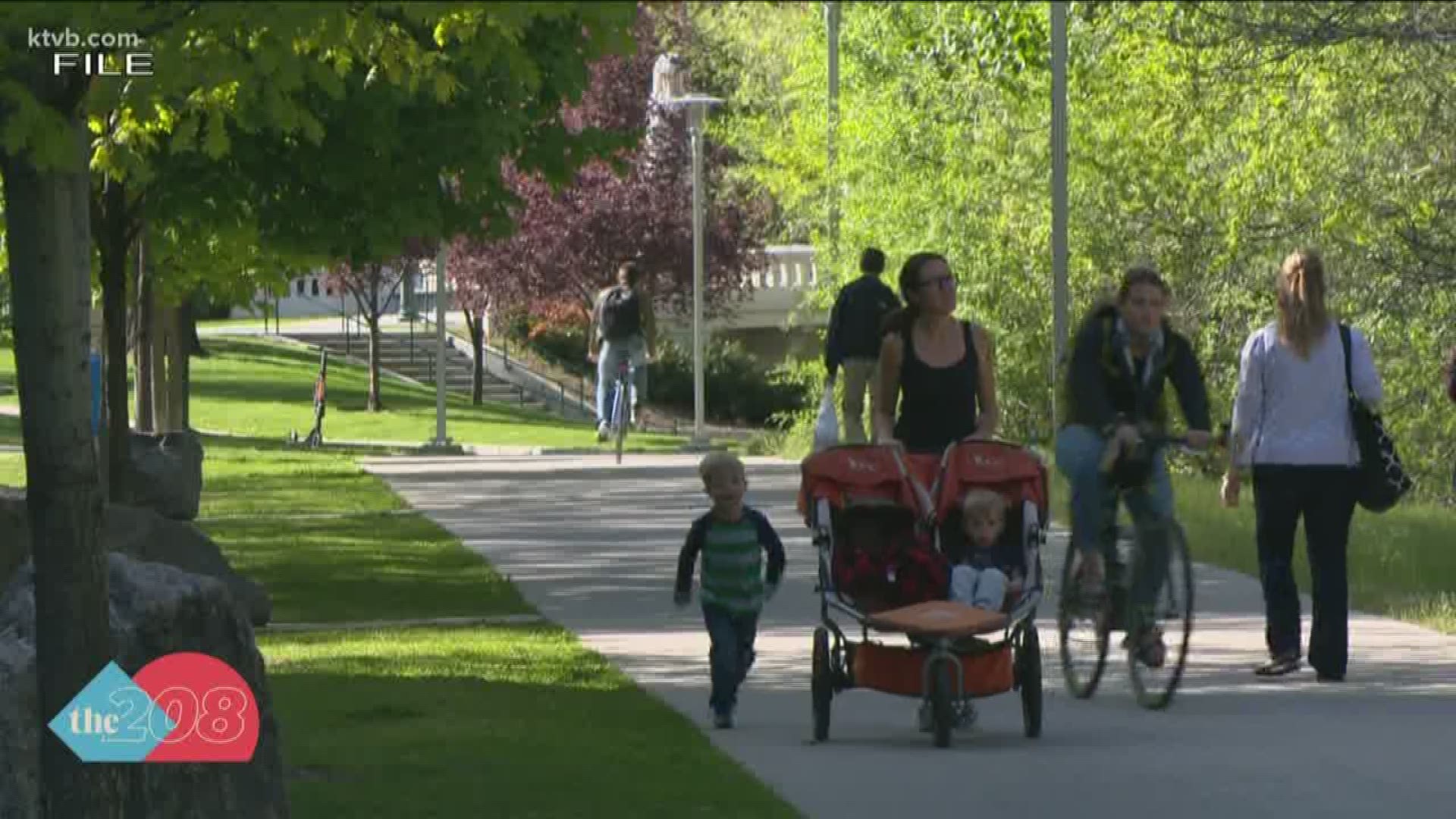 BOISE, Idaho — KTVB's new 5 p.m. show, 'The 208,' is driven by you through questions and comments, either posted on The 208 Facebook page or by texting us during the show.

Viewer Chris Corey posted to Facebook and asked, "Where does the Greenbelt begin and end exactly?"

We were curious too, so we reached out to the Boise Parks and Recreation Department.

"In all, stretches about 50 miles," Boise Parks & Rec communications manager Bonnie Shelton said. "It starts up at Sandy Point, which is at Lucky Peak, and then winds through Ada County, the city of Boise, Garden City, the city of Eagle and stops right around Eagle Road."

There are sections further west than Eagle Road, but those are officially maintained as part of the Greenbelt.

For example, the city of Star calls it the 'Riverwalk.'

So who is responsible for maintaining that 50-mile stretch?

"The city of Boise has the most pathways," Shelton said. "It's about 25 miles in total, that includes both the north and the south side of the Greenbelt along the river, and then the different cities manage their own pieces."

In September 2019, the City of Boise celebrated the greenbelt's 50th anniversary.

In 1969, the riverbank was used as a dumping ground for industrial waste in raw sewage, so the city decided it was time to clean it, and the river, up.

RELATED: Eagle park links another path to the Greenbelt