208 Redial: How the 1991 Boise River Festival was put together

Nearly 30 years ago, the Boise River was filled with 16 50-foot long floats for the Light Parade. 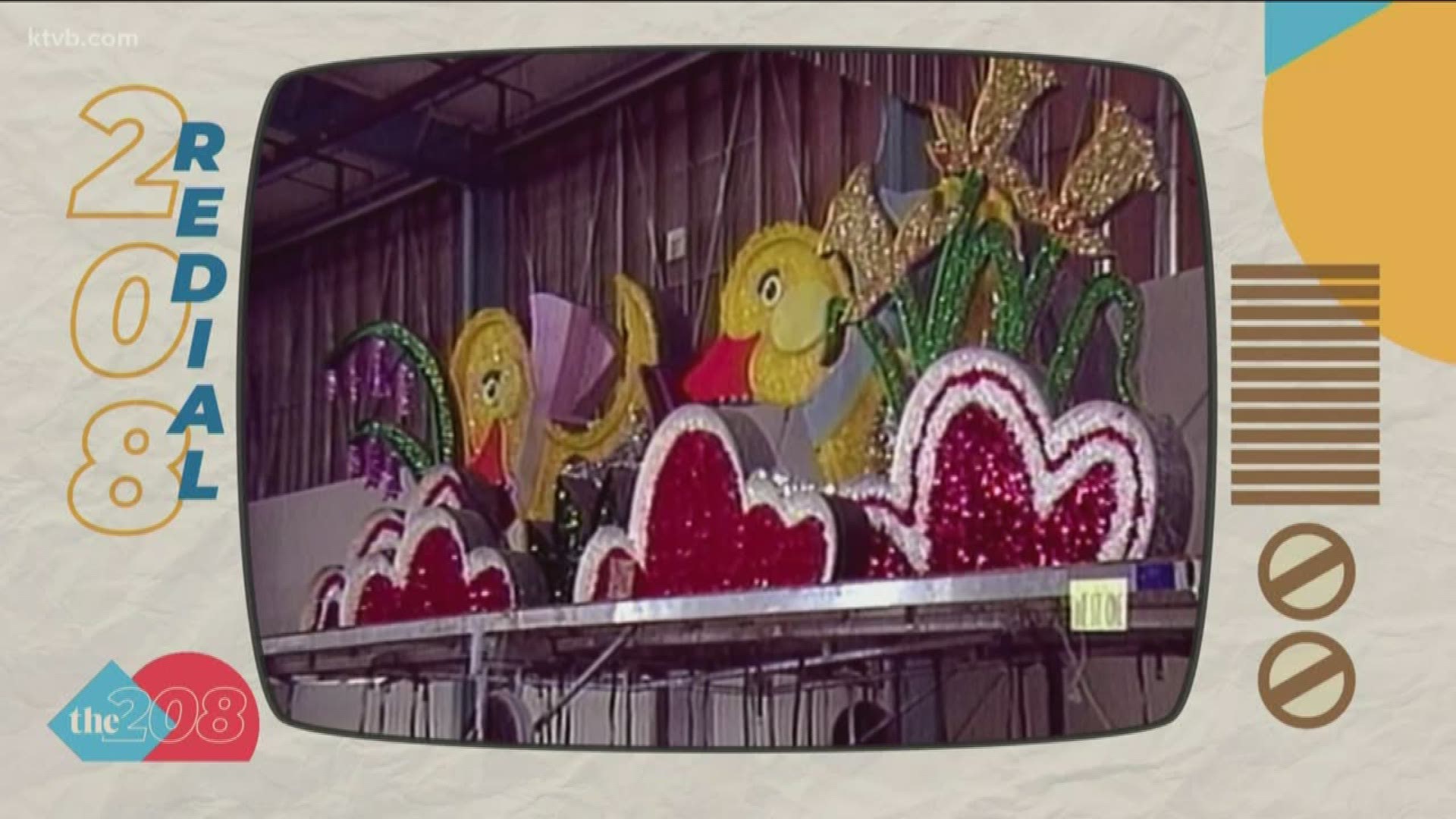 In east Boise, a warehouse holds thousands of parts for dozens of floats, waiting to be put together and sent down the Boise River for the Light Parade.

"Now it's an enormous task, absolutely. All of these props and pieces have had to come together, there's a lot of mechanizations as you can see. There are motors, things go up and down and wings flap and things twinkle and things just become a whole fantasy land with all the props on these floats and then we have our entertainment floats to boot which we've done all here in the warehouse which we've done in the last three weeks."

They're designed and built by the Fiesta Parade Float Company of Pasadena, California, the same company that builds some of the Rose Parade's award-winning floats.

But despite their experience, this is a first for Tim Estes and his crew. They've built floating floats before, but those were on a lake. The Boise River is a little different.

"It's been a challenge from the standpoint of, like Michigan, we had no bridges that you had to go over or under, where, here in Boise, we have Broadway and Capitol footbridge, so that alone has been an extra challenge," Estes said. "To put on a good visual display, because everything has to come down to under nine feet in height, so that was one challenge for us."

Each float is 50-feet long from the bow to the stern and at least 15-feet high but is designed to lower down in order to go under the bridges. These custom-built floats are also meant to be very stable in the water.

"That's a huge raft to be taken down a river like Boise, and they've brought down the river just by the flow of the river, and they're guided through the river channel by oars," Estes said.

Professional river guides will be at the helm, floating along with the three miles per hour ordinance.

The biggest challenge will come before the parade even starts: getting the 16 floats into the river, which will likely take seven hours.

"We're sure it will go fine, but it's the first time anybody's ever done anything like this, so you know everybody's, everybody's got their fingers crossed," Estes said.

"This is unique, truly unique anywhere in the country and I think that's what's drawing so much of the interest of people, and family and friends are saying come to Boise on the 28th 29th and 30th of June 1991 you're going to see something really special."